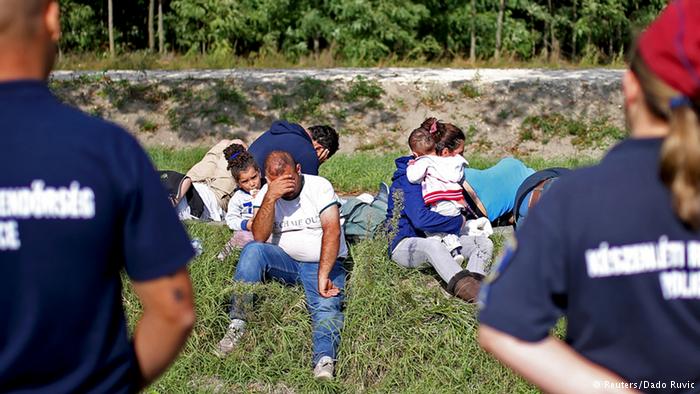 area in light of reinstated border controls.
Amid Europe’s largest influx of refugees since World War II, Dimitris Avramopoulos – the EU Commissioner for Migration, Home Affairs and Citizenship – told German periodical “Die Welt” that a “fortressed Europe” is not on the horizon.
“I want to state clearly that we do not want a fortressed Europe. But we want to improve the monitoring of our borders significantly,” Avramopoulous said.
This year, an unprecedented surge of refugees migrating from war-torn countries in the Middle East, Africa and Asia to Europe prompted countries in the Schengen zone – an area of free movement across borders – to reinstate border controls, including Hungary, Austria and Germany.
Multinational surveillance system
The EU migration chief noted that while it is not possible “today” to have Greek and German border guards on the EU’s external borders, another possibility is on the horizon.
“The EU Commission will make a proposal for the creation of a European border surveillance system. The aim is to have multinational border guard teams monitor the EU’s external borders,” the career diplomat told “die Welt.”
“That would improve border security and make it a common European task. Then German and Greek border guards could be active in Greece or Italy, together,” Avramopoulous said, referring to countries where refugees and economic migrants are entering the EU in unprecedented waves.
Schengen not in danger’
The former Greek foreign minister also upheld the Schengen area in light of the refugee influx and consequent implementations of border controls in the free-movement zone.
“The Schengen system is not in danger, and it will continue to exist. Border controls are expressly possible in exceptional circumstances,” Avramopoulos said.
“Germany and other countries have made use of them. That’s perfectly fine. As such, Berlin has not harmed the Schengen system,” the EU migration chief said, adding that Schengen countries could do so for a maximum period of two months.
Have something to say? Add your comment below.
ls/jil (Reuters, AFP, dpa)