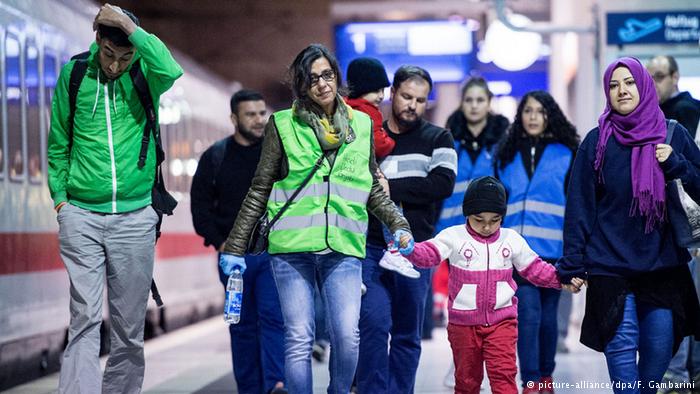 Ahead of a Brussels interior ministers’ meeting a rift has emerged on the quota to relocate some 120,000 refugees. Meanwhile Hungary has empowered ist military to stem the

influx of refugees at the country’s borders.
Following failed talks last week, European Union (EU) interior ministers hoped on Tuesday to reach an agreement over the ongoing refugee crisis.
Speaking in Berlin on Monday, German interior minister Thomas de Maiziere said Europe needed to agree on a “generous quota” so that the bloc could “fulfill its humanitarian obligations.”
Hungary, Slovakia, Romania, Poland and the Czech Republic have all rejected the plan to spread refugees around the EU.
Budapest empowers military
Hungary had until this week been a main EU entry point for migrants fleeing conflict in the Middle East and Africa.
Since it closed its borders to Serbia last week, neighboring Croatia has seen a huge influx of around 30,000 refugees, many of them seeking to pass through to Slovenia and from there to Austria and Germany.
Hungary received international criticism following clashes between refugges and police at border crossings. On Monday Budapest granted extensive new powers to its army and police force in a bid to deter refugees.