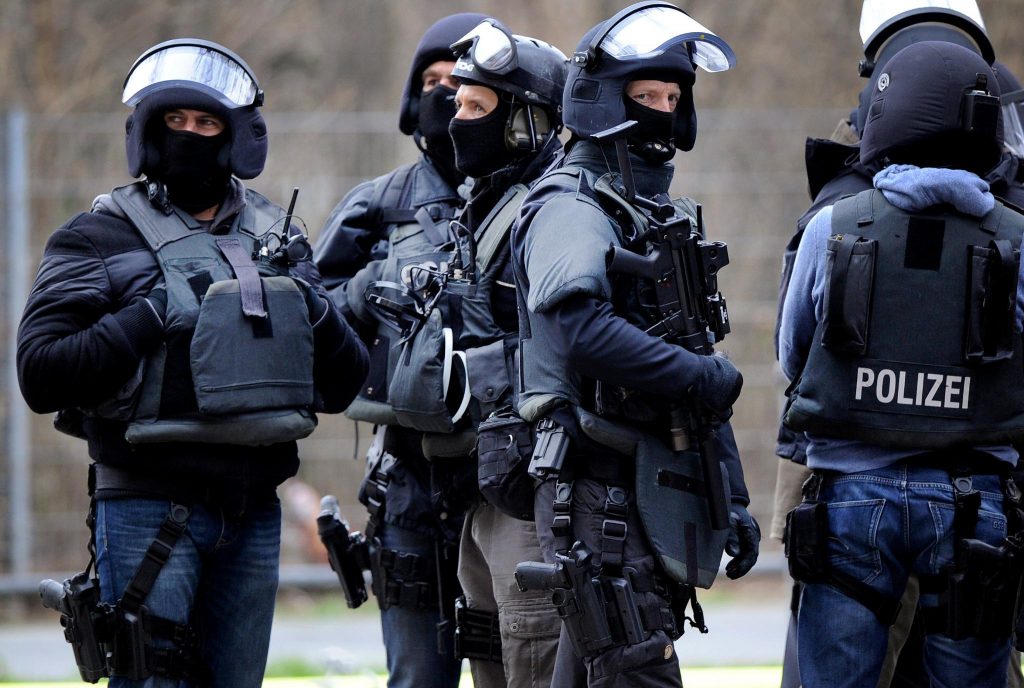 Munich Police Chief Hubertus Andrae denied that the new anti-terrorism unit “BEF+” had participated in the mission, and made clear that the anti-terrorism unit, known by “GSG9” is the unit which had participated in the mission. It is worth mentioning that BEF+ unit, which is the abbreviation of “Perpetuation of evidence and arrest additional unit” of the Federal Police, was established after Paris attacks in December 2015

Minister of Justice, who belongs to the Social Democratic Party, which is a partner in the ruling coalition, said: “Germany is still a possible target of a terrorist attack.” Maas added: “We must not depend on the fact that terrorism is going in a vicious circle in Germany, as the threat is still high without change.”

On the other hand, German Minister of Interior Thomas de Maizière said that Germany faces possible individual attacks executed by extremist Islamists along the lines of the attack executed by a refugee inside a passengers train using an axe on July 17, 2016. De Maizière added to journalists “similar to another several countries in the European Union and the entire European Union, Germany is also a target of international terrorism. So I said a long time ago that the situation is serious. In Germany also we must expect attacks from small groups and extremist individuals.”

Minister of Family Affairs announced that the Federal Government intends to cooperate with the states governments in the field of anti- Jihadists  This statement came in the wake of the involvement of an Afghan asylum seeker in attacking the passenger of a train in the south of Germany. Minister of Family Affairs Manuela Schwesig said that the Federal Government will enhance the cooperation with the states governments in the field of anti-extremism. The Minister, who belongs to the Social Democratic Party, said: “We have to work on prevent hate and incitement which are transformed later to violence crimes.”

At the operational level, the German police and security and intelligence agencies have dealt with the incident in a professional way probably more than showing the intelligence capabilities, and this is by taking precautionary measures and most notably rafts usage, helicopters to survey areas, requesting population to stay at their houses, public squares evacuation, train stoppage, train stations closure, requesting taxis to suspend work and accompanying passengers to operationally control the situation

The German government did not hurry to link the incident to the Islamist terrorism as in France, and it requested waiting. But after just few hours, the police declared that the operation may be related to Far-right extremism. But the spokesman of the German Chancellor said that the incident accepts all options, i.e. the terrorism of the extremist Islamist groups, Far-right politics, criminal option and psychological disorder

The operation executor chose a commercial market for the purpose of reaching to and more polarization of media, which had exactly happened

The operation’s time of execution coincided with IS’s execution of its individual operations in Europe, which lead to the shuffle of cards about the entity which adopts the incident and the real motives for executing it

The German government had not published any details about the operation executor as we used to in the terrorism issues. This may lead to study the reactions to this case more than other cases

The police’s non-finding of IS flag in the house places the operation executor’s link to IS at a place, despite the fact that it is necessary to take all probabilities into account

The European Union countries and the western countries realized in late time that they are in the range of the extreme groups; the Islamist extremism and the Far-right extremism and it grows up on their impacts. Germany expected the occurrence of such operations. Although some analysts said that Germany will apply emergency condition, till now this is excluded according to the facts

It is worth mentioning that the army participation to impose security requires the approval of parliament (Deutscher Bundestag) and is made at the time of severe conditions which threatens the German national security. This reflects Germany strategy in fighting terrorism to depend on the informative intelligence work more than deployment of troops on the ground