The Khashoqchi case, is not far from the International Muslim Brotherhood,by Jassim Mohammed 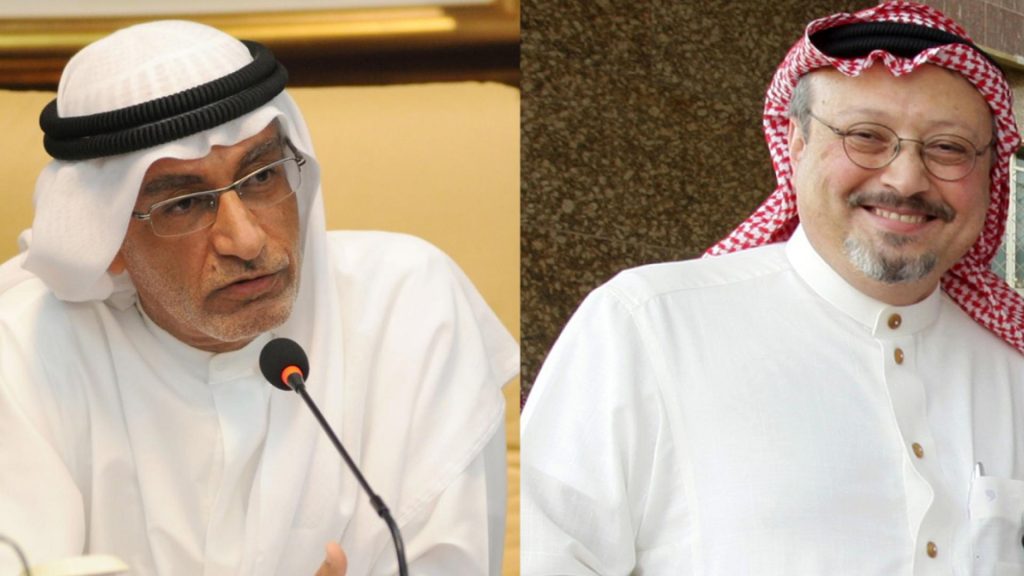 The mysterious disappearance of the Saudi journalist Jamal Khashoqchi after his leaving the Consulate of his country in Istanbul raises many questions and speculations, which are not far from the International Muslim Brotherhood and Qatar’s crisis. The accusations are still directed to Iran, Qatar and Turkey, We could say, hat Turkey has become unsafe country.

Jamal Khashoqchi was diapered on second of October 2018, after leaving the Saudi consulate in Istanbul to get some required papers to marry his Turkish fiancé Khadija Genghis. Jamal Khashoqchi left the consulate shortly after that that time. Saudi Arabia government, denied allegations by the Turkish authorities that the journalist had been assassinated inside.

After the disappearance of the journalist, Saudi Crown Prince Mohammed bin Salman told Bloomberg that he was ready to allow the Turkish authorities to inspect the Saudi consulate, adding: “The facilities are sovereign land, but we will allow them to enter and inspect them and do whatever they want … “He said.

Khadija Genghis said, she and Jamal Khashoqchi were preparing for marriage, and that is why Jamal   went to the consulate. “After a first positive meeting with the staff of the consulate a few days before his disappearance, Jamal returned to the consulate on second of October, 2018.

Al-“Sabah” newspaper, a pro-Turkish government, published, photos and details of a Saudi delegation, said they arrived at the Ataturk airport in Istanbul on two private aircraft on  the second of October 2018.The delegation was stayed at Windham and Mövenpick Hotel in Istanbul near Saudi consulate.US President Trump said he planned to contact Saudi Arabia about the disappearance of Jamal Khashoqchi. Trump said that he had not spoken to Saudi leaders on the subject yet but would “contact them.”

The most critical gaps in the Turkish government’s story are:

– Jamal Khashoggi’s fiancé was waiting outside the consulate, is considered as an contradicts indicator to the Turkey’s story, assuming that Saudi Arabia was involved in the assassination, it would not leave Khashoqchi’s fiancée outside the consulate.-Pro Muslims Brotherhood, members gathering outside the Saudi consulate, supported by Qatar and the Brotherhood, including activist Karaman Mutawakil, raises many speculations about the involvement of Turkey and Qatar, using  Jamal case, as a means to incite public opinions against the kingdom. The issue is not far from the file of Qatar’s crisis, and the Erdoghan government.

The Government of Saudi Arabia threw the ball at Turkey side by allowing a technical team from Turkey to inspect the consulate building. Criminal tests, including DNA, can be detected even if the consulate is delayed.

The leak of a Saudi governmental delegation that visited his consulate in Istanbul by the Turkish government was contrary to diplomatic norms. The media infusion supports the idea that Turkey is behind the escalation and fabrication of the case of Jamal in order to incite public opinion against the kingdom.

Jamal Khashoqchi was not considered as an opposing person, and served as a former adviser to the government in the kingdom, and headed some Saudi media.

Jamal Khashoqchi‘s disappearance is likely not far from Qatar’s crisis and in cooperation with Erdoghan government, Muslim Brotherhood’s international organization.

Trump involvement in this case, could be considered as attempts to put pressure on Saudi Arabia for economic, financial reasons.Ankara came out of the diplomatic context when it dealt with the issue, through the media not through diplomatic channels. The Erdogan government should have deal with the issue lawfully and criminally, not by media.