The Chaos of Political Islam, Muslim Brotherhood , by Karam Khalil 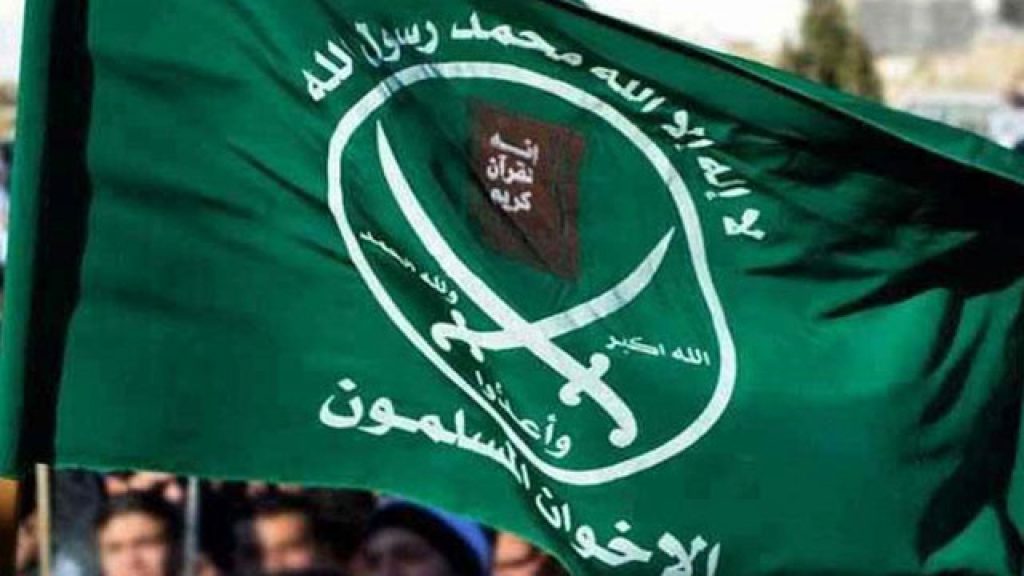 The Chaos of Political Islam: Between the folly of Performance and the Exploitation of Approach

War in Islam is a necessity, not a choice. A fool is he who who seeks it without necessity, and a coward is he who evades it when it is an obligation. Islam is not the religion of the sword, nor is it the religion of wood. Rather, it is the religion of spreading justice throughout peaceful means, or if necessary, through war. Islam has always enabled Muslims to avoid the hypocritical attitudes, common in other religions and cultures, such as those that condemn war while waging it, or those that renounce violence, while practising it, and others that raise the banner of love, while shedding the blood of the innocent.

Political Islam has exploited the Islamic faith to attain political or personal interests. This was evident in the conflict between Imam Ali (God honor him) and Mu’awiyah Ibn Abi Sufyan, who exploited Islam to become the ruler in order to establish the Umayyad State that adopts the hereditary system. Afterwards, the Abbasid State was established. It also exploited religion in despicable ways, similar to those followed by the Umayyads.

The Umayyads and the Abbasids both exploited the Islamic religion to come into power, and then to establish great empires, not according to the norms of the Islamic religion, but in accordance with the attitudes adopted by previous empires in order to gain power, first, and later expand the sphere of their influence.

In the modern era, political Islam appeared in the Arabian Peninsula represented by the and Muhammad Ibn Abd Al-Wahhab, the founder of the Wahhabi sect. He invented a new version of Islam: a version that was a curse on Islam in general, and on the Arabs in particular. He was supported, first, by Great Britain, and later by America. Depending on his thought, the first Arab state led by political Islam came into being.

In most Arab countries, Islamists have managed to build oppressive organizations, of multiple heads, which run a variety of cultural, social, political economic and educational institutions. These organizations have been run by a local guide who is dominated by a superior guide. In some countries, these organizations have formed strong feared military and intelligence systems, and penetrated the state institutions and their members who are usually loyal to the organization, not to the institution. Moreover, they have employed the political financial resources to buy loyalties of members of the society and statesman, thus facilitating their control and penetration of all life aspects. Despite all this, political Islam has failed to establish sophisticated mechanisms to manage this force.  Political Islam has always been in opposition, and it has always become more crippled when it gets in control. Moreover, this organizational structure, with its declared and hidden attitudes, has become a source of threat to state security, peace and social order in many Arab countries.

The experience of the Muslim Brotherhood in Egypt is an excellent example of political Islam. The Muslim Brotherhood have considered their control over state institutions a way of empowering their organization, and extending their influence; in addition to being a gain to its leaders, and a way of ensuring and extending the organization’s hegemony and dominance, and a first step on the way of increasing the number of its members in order to put the branches of the organization in the other countries into action. Consequently, Egypt seemed to be a source of chaos that was to be spread abroad, supported by the center that was backed by Turkey and with the new American-Israeli strategy in the region – not to mention the Muslim Brotherhood’s ties to the regional ambitions of Iran which stand in opposition to the Arab interests.

The experience of the “spring of chaos” has proved that the rise of political Islam has caused profound vertical and horizontal social divisions, in addition to a deep conflict among all the parties, including political Islamic parties which do not belong to the Muslim Brotherhood Organization, like the Salafi Organization and the Houthi Organization in Yemen.

This is expected, since the Islamist organization, with its ideology, is a merely self-centered entity. Its establishment is based on the belief that its members possess full rights. Thus, its members feel superior to anyone who stands against them. Arrogance without rule might be a right that cannot be opposed; however, exaggerated arrogance, which is accompanied with full control over the public results in compulsive tyranny, and is usually justified by democratic mechanisms, revolutions, having the right to rule, or by the Islamists’ claim of their divine representation of God on Earth.

Political Islam usually deals with governance as a divine right granted to the Islamists. This stems from the belief that Islamists they are the purest and the most virtuous representatives of God on Earth. They consider the rule to be a divine grant and an exclusive right of their organizations, and their members and followers, rather than a way of serving the governed or managing their affairs according to the law, or of spreading justice and equality depending on the mechanisms defined by the regime. The problem of political Islam is that it deals with democratic triumph as a divine measure through which God enable them to attain a special status in which they become His representatives. The public are expected to blindly obey political Islamists. They are not expected to criticize or oppose God’s will which is embodied in the rule of the political Islamists. Their exaggerated talk about the public will is a necessary hypocrisy to gather people around them and to confront their enemies and opponents, and to justify their obsessive behavior.

Indeed, many terrorist incidents, in different parts of the world go through several stages, which often have an Islamic character. The experience of the political Islam is a threat to societies everywhere. It is adopted by a new generation which practices killing meticulously, and chooses a specific timing for running over or stabbing others. This practice could at least be described as dual-purpose. It is impossible to control or stop in the European capitals. Consequently, experts have warned against these religion-manipulation attitudes, and they have become a subject of debate and a political reality.

On the other hand, many European and Arab countries have suffered from religious manipulation, and from those whose thoughts have been associated with violence and killing, and have caused them to view life negatively and to feel persecuted, and then isolated from other societies.

The terrorist incidents overlap. They lead to important and urgent issues at the international level, and consequent issues related to destroying the world starting from the East to the Wets.

The Muslim Brotherhood have used a special language: they often put on a rugged, violent tone, which seems to mirror their violent actions. They have been contradictory in their interpretations of the Shari’s rules; have used rhetoric on rostrums to break the balance of justice, to politicize courts, to militarize life. They have used a language that evokes hatred among social classes, and used false claims to arouse the enthusiasm of the youth to commit terrorist attacks.

Of course, there is nothing new about the emergence of a full arsenal of all types of fundamentalist jihadist organizations. The arousal of nationalism and its elements is aimed at destabilizing safe societies.

It is enough for an adult male Muslim, with the exception of the specialist, to attend Friday prayers, a short sermon that lasts for no longer than half an hour, and to pray regularly. The rest of the time should be devoted for work and production according to each person’s field of study or work.

It is worth mentioning that the failure of the Islamic world has been clearly evident since the Muslims considered that religion must be applied to all the aspects of life. This has reduced religion to words and sayings with no substance or commitment, used for boasting; words that are transferred from one generation to another. Many false stories have emerged, and a big number of religious concepts have turned into myths because of the ignorant and the disqualified who speak in the name of religion. The elite consists of stupid or beneficiary members who gain power because of the emotional nature of the members of society and their ignorance. Creativity, productivity, and progress have stopped, all aspects of life have been paralyzed, and all other sciences have been abandoned. All these consequences came to the surface when the Arab peoples were exposed to the latest waves of change. This invites us to contemplate and to reevaluate ourselves. We must realize that real change does not start from society or from the state, but from the individual himself when he breaks the walls of ignorance and makes use of his mental abilities.

Soon enough, new generations in Arab societies will discover have unfair their attitude was towards themselves and the others, and how far they went from the truth. After long debates, and with little efforts, the young will discover that their entire way of thinking and all their evaluations were far from reality. The most painful surprise is that soon after the young man discovers the truth, he regresses and fails to change himself. How painful this situation is for us! We have to reflect on it and find its reasons to be able to change it as soon as possible before it is too late.

The Muslim who has promised God that he will have a pure doctrine has the responsibility of serving Islam through tolerance and peaceful coexistence, avoiding suspicions. All the circumstances surrounding the Muslims have created a negative image of Islam and the Muslims in the West. This has made the Westerners think that these Islamic groups tell the Muslims that Europe is against Islam. This contradicts reality, and deepens the gap between the Arab and the Western minds. All Muslims have the ability to exercise their freedom of following the teachings of their religion, and they enjoy all their other rights in Europe without any difficulty or pressure.

Whatever the outcome, we will stand with the national state in the Arab region because its choices are the safest and the most beneficial and fruitful for the peoples, for Islam, and for international security and peace.