U.S. starts withdrawing supplies, but not troops, from Syria 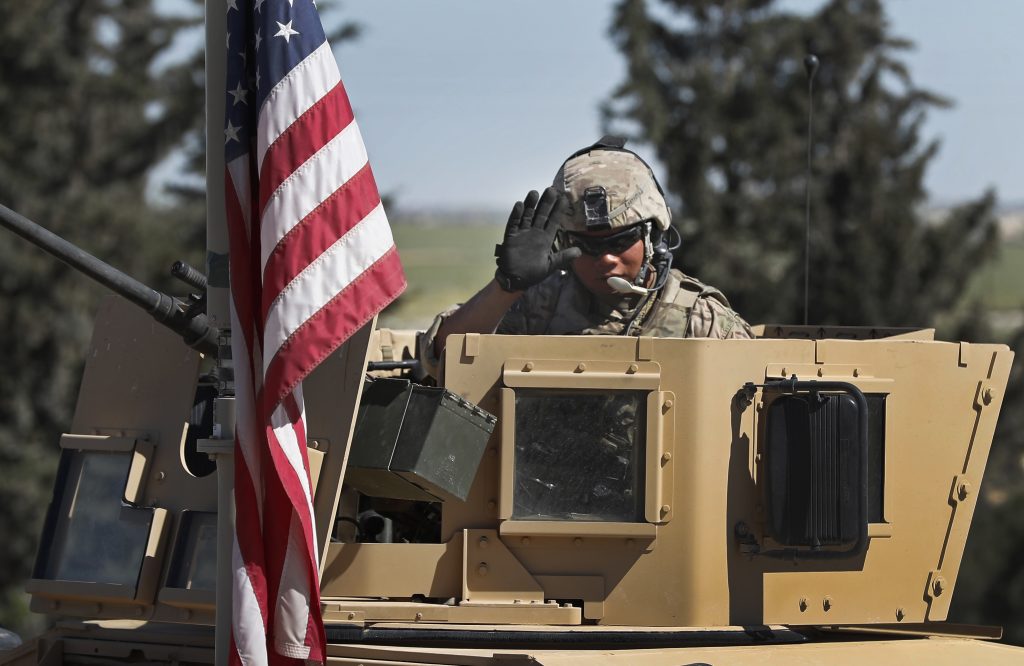 The U.S. military says it has started pulling equipment, but not troops, out of Syria as a first step in meeting President Donald Trump’s demand for a complete military withdrawal.The announcement is fueling concern about how quickly the U.S. will abandon its Kurdish allies, amid contradictory statements recently by Trump administration officials on an exit timetable.

The withdrawal began with shipments of military equipment, U.S. defense officials said. But in coming weeks, the contingent of about 2,000 troops is expected to depart even as the White House says it will keep pressure on the Islamic State group. Once the troops are gone, the U.S. will have ended three years of organizing, arming, advising and providing air cover for Syrian, Kurdish and Arab fighters in an open-ended campaign devised by the Obama administration to deal the IS group a lasting defeat.

“The fact that a couple thousand uniformed personnel in Syria will be withdrawing is a tactical change. It doesn’t materially alter our capacity to continue to perform the military actions that we need to perform,” Secretary of State Mike Pompeo said Saturday in the United Arab Emirates.Uncertainty over the timing and terms of the Syria pullout have raised questions about the Trump administration’s broader strategy for fighting Islamic extremism, including Trump’s stated intention to reduce U.S. forces in Afghanistan this summer.

U.S. airstrikes against IS in Syria began in September 2014, and ground troops moved in the following year in small numbers.The U.S. military has a limited network of bases inside Syria. Troops work mostly out of small camps in remote parts of the country’s northeast.

Also, U.S. troops are among 200 to 300 coalition troops at a garrison in southern Syria known as al-Tanf, where they train and accompany local Syrian opposition forces on patrols to counter the IS group. Al-Tanf is on a vital road linking Iranian-backed forces from Tehran all the way to southern Lebanon — and Israel’s doorstep.

Trump’s decision to leave Syria, which he initially said would be rapid but later slowed down, shocked U.S. allies and angered the Kurds in Syria, who are vulnerable to attack by Turkey. It also prompted the resignation of Defense Secretary Jim Mattis and drew criticism in Congress. Sen. Jack Reed, a Rhode Island Democrat, called the decision a “betrayal of our Kurdish partners.”

The U.S. military command in Baghdad, which is managing the counter-IS campaign in Iraq and Syria, said Friday that it “has begun the process of our deliberate withdrawal from Syria,” adding that, for security reasons, it would not reveal timetables, locations or troop movements. In Washington, a Pentagon spokesman, Navy Cdr. Sean Robertson, said in a statement, “We will confirm that there has been no redeployment of military personnel from Syria to date.”

The withdrawal plan, whose details are classified, includes bringing hundreds of additional troops into Syria temporarily to facilitate the pullout. These include troops to provide extra security for those who are preparing to leave. The full withdrawal is expected to take several months.