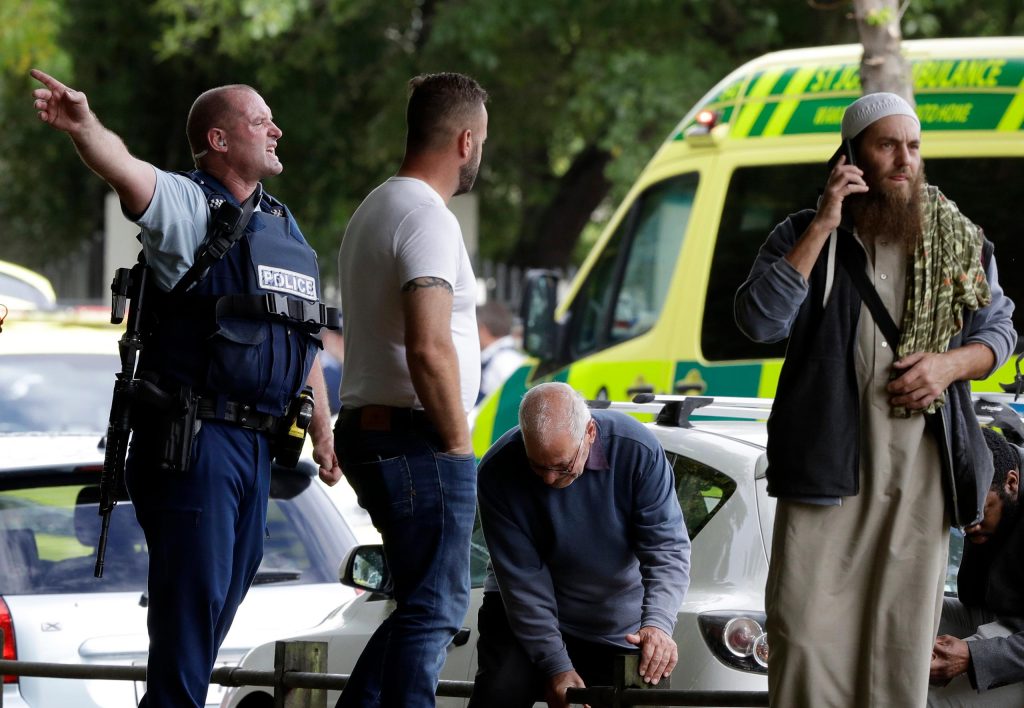 How the Christchurch Shooter Played the World’s Media

Friday’s shooting in New Zealand was a terrorist attack conceived for the internet era.

n the days and hours ahead of his deadly killing spree at a New Zealand mosque on Friday, the alleged shooter left a trail of digital evidence that demonstrated one clear purpose: His terrorist attack was conceived with the internet in mind. The murderer was making a snuff film for the social media era, one that would get instantaneous global distribution by being broadcast live to his Facebook page.

Even the location for the shootings, tucked-away New Zealand, was apparently selected to send a message that would resonate instantly across the darker digital world: No place on earth is safe any longer from the white supremacists and their creed, who have achieved a new life on the internet.

That body of work—a press kit for a terrorist attack that left 49 people dead—now serves as the fodder for an insatiable global media broadcasting the killer’s ideas around the world, bringing them further into the mainstream. And that too appears to have been just the plan of the killer, who seems to have participated in some of its most toxic online subcultures. (Police identified the suspect as a 28-year-old Australian named Brenton Tarrant.)

All this poses hard questions for how the media should respond to a massacre broadcast across the internet.

“The media is pretty good at dealing with groups like al Qaeda,” with a clear leadership and organizational structure, argues Robert Evans, a journalist and researcher who has written extensively about online extremist groups. Leaderless online communities like those the shooter appears to have participated in pose a far more difficult challenge.

At the center of the shooter’s media strategy was a sordid video: a 17-minute film broadcast live from a camera mounted to his military-style helmet. It showed the suspect in real time as he drove his Subaru to his target, walked up to the mosque, and began shooting.

His followers knew to tune in because he had advertised the shooting—and the fact that he would stream it live—on the message board site 8chan, an image-sharing site that prides itself on hosting content deemed too offensive for the internet’s other cesspools. Along with a link to his Facebook page, the shooter posted links to his 74-page manifesto spread across multiple sites so that other users of 8chan could grab a copy before the document was taken down. (8chan grew out of the similar site 4chan after some users of the latter thought it had become too hostile to highly offensive and hateful content.)

In the hours following the shooting, the global media has broadcast this material far and wide. The British tabloid the Sun posted excerpts of the shooter’s video on its homepage, and the Daily Mail provided its readers with a link to download the manifesto. The U.S. cable outlet MSNBC displayed the manifesto prominently on air and quoted from it.

Friday’s shooting wasn’t the first time a brutal murder was livestreamed on Facebook—an Islamic State fighter used the technology to immediately confess to the murder of a French police captain and his partner in 2016.

But the shooter’s manifesto, video, and means of distributing the two were remarkable for the way in which they were steeped in the idioms and conventions of online culture. And they suggested the killer, who was said to admire the Norwegian mass murderer Anders Behring Breivik, who killed 77 people in 2011, wanted mainly to achieve a similar kind of racist immortality.