The Council of Europe : ‘Far-right terrorism is a growing threat’ 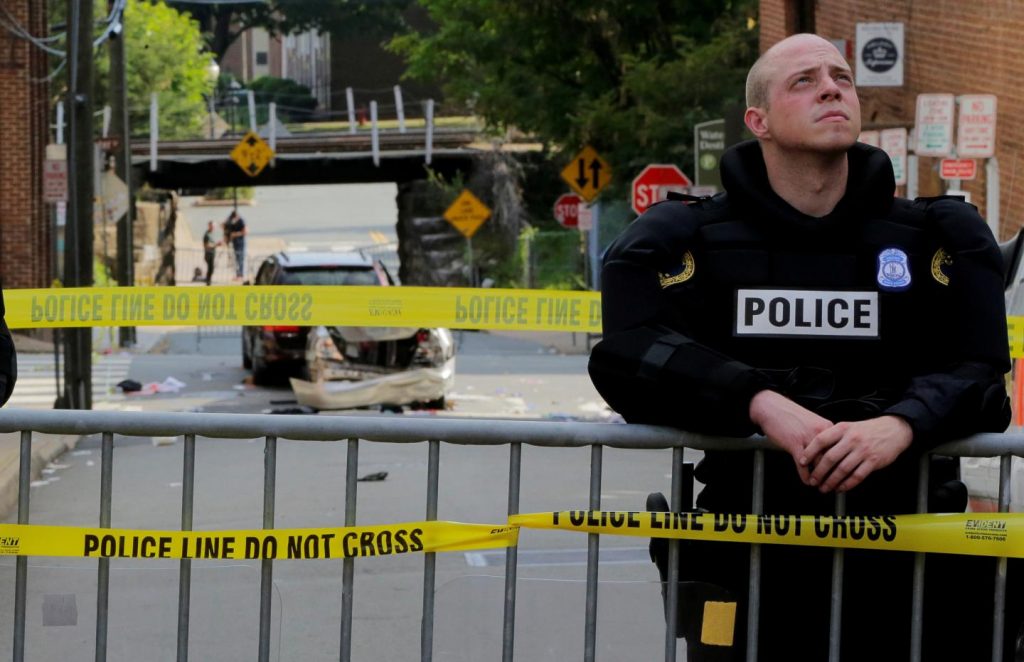 Why Europe is still fighting the war on terror

The number of large-scale terror attacks in Europe has declined since the memorable attacks in Paris in 2015, or the attacks on Brussels, Berlin, and Barcelona in the years that followed. But the threat of terror-related attacks remains just as high, even if it is not always seen.“There are fewer attacks that are successfully conducted but that doesn’t mean there are fewer attempts. There are a number of attacks that are constantly being foiled,” Kristian Bartholin, Deputy Head of Counter-Terrorism at the Council of Europe told Euronews.

Bartolin said there are many examples of foiled attacks the Council of Europe is aware of but cannot reveal for security reasons.“The picture is that if it’s not a monthly occurrence, then at least it’s very, very often that attacks are being planned, or are being stopped at a stage before it comes to actual attacks”.The last major foiled attempted to hit the headlines was in September 2018 when police in the Netherlands arrested seven men over an alleged plot to attack a public event with rifles and explosives.

According to Europol‘s latest data, nine EU Member States reported a total of 205 foiled, failed, and completed terrorist attacks in 2017, which is an increase of 45% from the previous year.Benoit Gomis, Associate Fellow at Chatham House told Euronews: “Terrorism remains a rare phenomenon in Europe but it is simply impossible to prevent every single attack, especially those carried out by lone actors with low tech means and little support from other individuals. “

The threat to Europe: Jihadist-style groups not the only concern

When we speak of terrorism, the so-called Jihadist groups are “only part of the picture”, Bartolin said.“Groups of the extreme far-right or far-left are just as big a concern, as are individuals who carry out lone-wolf attacks”, he said. Adding, “the rise in far-right or far-left attacks is loosely linked to the wave in populism in politics.”Gomis agreed with this observation and said far-right terrorism is a growing threat.“Long considered too sensitive a political issue with little potential for substantial damage, recent attacks suggest that far-right individuals are in fact mobilising, coordinating, and inspiring each other internationally to carry out attacks similar to the one in Christchurch,” he said

But it must be noted, attacks of this kind were occurring even before the surge in populist leaders. The most renowned attack was in 2011, when Norway’s Anders Behring Breivik killed 77 people in a bomb attack and mass shooting at a summer camp.“So-called Jihadists are more in focus because they have carried out more successful attacks,” Bartolin said.Adding, it means “a vast amount” of resources have been poured into dealing with those groups, which means in some instances, there are fewer resources to deal with other threats, such as extreme right or left-wing groups, Bartolin said.

The so-called Islamic-State group remains a threat, despite its receding territory, and is “unfortunately likely” to increase its war on Western soil, according to Bartolin.“Islamic State is no longer trying to defend its territory in Iraq and Syria so will try to take the war to the West”, he said.

The Council of Europe along with its member states, adopted a counter-terrorism strategy last year. The main focus lays on preventing terrorism via criminal law and law enforcement, as well as investigating networks with international cooperation, and protecting citizens with security measures.Preventing radicalization in the first instance is also key. Prisons all over Europe are notably a “hotbed” for extremism, says Bartolin, and it is there where action can be taken to stop it from becoming serious.

Bartolin also argues, in some instances, the beginnings of radicalization can be stamped out from a young age and that a global discussion should be held on how to do so. But he also said, “there is no silver-bullet” on preventing young people from carrying out attacks.Another question facing European states is what to do with returnees with European nationalities who had joined militant groups and want to come back to Europe, sometimes with children.The UK was recently faced with this question when 19-year-old Shamima Begum wanted to return after joining ISIS with her baby. However, her British citizenship was revoked.It is estimated that 400 Britons who fought with extremist groups are still in the Middle East.