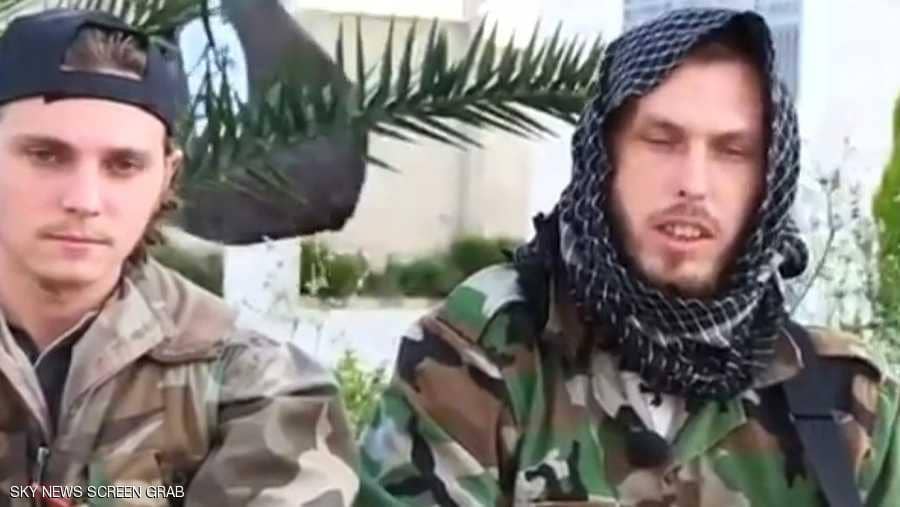 Germany: The Dilemma of Returning Foreign Fighters and Violent Extremism at Home

The German authorities know how dangerous are the returning ISIS members and their families on the security of the German society. The returning ISIS members are an interactive issue in Germany because returning the German citizens from Syria will be “very difficult,” especially because there is no evidence of their involvement in fighting for ISIS. In addition, some of them are committed to the group’s ideology or keep in contact with sleeper cells of local extremists. Despite the German government’s success in thwarting many terrorist operations and the tight security measures in Germany, it faces another dilemma, which is the increase of people affiliated with extremist groups and the attempts of recruiting people who live in Germany to carry out terrorist acts.

According to DW on April 29, 2019, Syrian Kurds detained about 60 ISIS fighters with German passports. The prosecution in Germany issued arrest warrants for 21 members, in addition to 45 German women who have about 80 children. Many of those women are young widows. There are around 40 ISIS fighters of German nationality in the Syrian prisons. And there are 90 German fighters who want to return to Germany, including some who assumed senior positions in the group. 30% of the foreign fighters returned to Germany, and another 30% are likely dead, according to Sputnik on March 4, 2019.

Germany officially rejects the return of ISIS fighters and their families due to the difficulty of prosecuting them upon their return. Although it doesn’t deny the right of German passport holders to return, it says it is necessary to contact the German Consulate or Embassy in Syria, and that is not possible as the embassy has been closed for years because of the war.

According to RT on May 31, 2019, the German government agreed on the return of the children of ISIS members who had travelled to fight in Syria. The German Foreign Ministry stated that it had been making efforts to return children who need protection from refugees’ camps in Syria. The Foreign Ministry mentioned that it couldn’t work directly on that matter, but it was making efforts in cooperation with NGOs in Syria.

According to AFP on February 18, 2019, Ursula von der Leyen, the German Minister of Defense, discussed in the US Pentagon the fate of ISIS foreign fighters. The German Minister confirmed, “We will address each case separately.” She added, “But we are convinced that the main problem is gathering evidence of terrorist activities in the region.” The German authorities returned 10 children of ISIS fighters, and handed them to their family relatives, according to Asharq Al Awsat on April 6, 2019.

According to AFP on February 18, 2019, Heiko Maas, the German Foreign Minister, stated that it is not possible to organize the return of fighters detained in Syria “unless we make sure that those people will be immediately prosecuted and detained.” He added that for this reason, “we need legal information which is not available yet,” confirming that their return under the current conditions is “very difficult.”

Stephen Mayer, the State Secretary in the Federal Ministry of the Interior, called for studying the establishment of a special court for prosecuting ISIS fighters of German nationality, according to RT on May 15, 2019. The German Interior Minister, Horst Seehofer, expressed his endorsement of establishing an international court competent to try ISIS fighters. He added that “it is related to executing judicial decisions against international terrorism, and therefore it is appropriate to have an international criminal jurisdiction. For me, this is better than transferring all ISIS fighters of German nationality to Germany.”

According to Sky News Arabia on April 9, 2019, the trial of a German woman who joined ISIS in Syria started in Munich with charges of committing war crimes. The German woman could face a life sentence if she was convicted with murdering a young 5-year-old girl, in addition to being convicted with joining a terrorist organization.

On February 2, 2019, a court in Düsseldorf sentenced a German-Moroccan to 5 years and 3 months in prison for joining ISIS. This sentence on “Khaled B.”, 27 years old, came after a similar sentence on his older brother “Rashid B.,” 36 years old, who was sentenced to 3 years and half in prison, for terrorism-related charges. The brothers’ trial began in April 2018 with charges of fighting in Syria for Al Nusra Front then ISIS.

According to Asharq Al Awsat on April 6, 2019, the German government is seeking to conduct covert operations to return some families, under the increasing pressures from ISIS members’ families inside Germany. A German woman named “Carla Steinhauer,” 32 years old, returned with her 3 children to Germany, on a plane from Turkey to Stuttgart, where the police arrested her upon her arrival. However, the charges against her are not related to her activity in Syria, or her links to ISIS, but to kidnapping her children and fleeing with them to ISIS-controlled territories in 2015. Officers from the German intelligence travelled to Syria, where Kurds detain ISIS fighters, to determine the dangerous ones, interrogate them, and record their answers to be used later in courts.

The Most Significant Counterterrorism Laws and Procedures in 2019

Horst Seehofer, the German Interior Minister, and Katarina Barley, the Minister of Justice, agreed on stripping ISIS German fighters of their nationality, according to DW report on March 9, 2019, entitled “Germany – Laws against terrorists who carry two passports.” The German government adopted three principles through this law:

On January 9, 2019, Islamic groups launched, with a partial financing from the German government and the EU, a website that enables contact with the families of young people who are suspected to be on their way to extremism and terrorism, and provides advice to save the youth from falling into the trap of extremism and fanaticism.

Salafist groups in Germany control youth centers and mosques. These groups direct the youth towards a radical ideology and promote an extremist concept of Sharia which contradicts the basic laws in Germany. The German authorities discovered links between a nursery and Salafist curricula that promote radical ideas in the state of Rhineland-Palatinate. These curricula are likely to make the integration of children and youth in the German society difficult, and are likely to compromise their independence.

The Muslim Brotherhood’s influence and expansion increased in some German states, most notably is Cologne city in the state of North Rhine-Westphalia. The Brotherhood-affiliated local groups attracted Arab refugees in Germany to use them for their own purposes. It is expected on the medium term that the Muslim Brotherhood will pose more danger on Germany than ISIS and al-Qaeda, which makes the risk of terrorist attacks high.

Therefore, the capacities of regional offices of the Federal Office for the Protection of the Constitution should be expanded with regard to the returning ISIS members and the extremist Salafist families in general. Preventive measures should be taken in that regard, including protecting Salafists’ children from radicalization, categorizing extremist elements according to their dangerousness, in addition to tightening control and inspection operations on borders, and banning Islamist institutions which promote radical ideology on the German territories, particularly those sponsored by Turkey, and deeply associated with the Muslim Brotherhood.