France: The Dilemma of Returning Foreign Fighters and Violent Extremism at Home 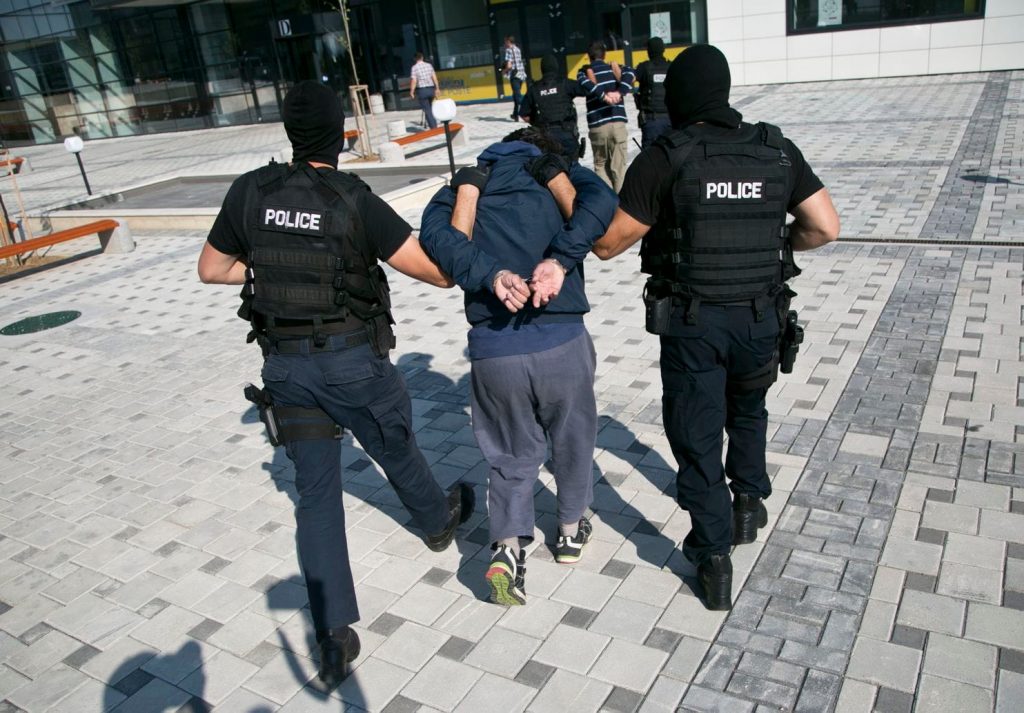 France comes at the top of the list of the European countries in terms of exporting foreign fighters to the terrorist group ISIS, with 1200 fighters. The issue of returning foreign fighters from Syria is of concern to the French government, which is taking the necessary measures to repatriate them but has many concerns about their return. These concerns led the French authorities to insist on rejecting to consider “a collective repatriation of French terrorists and their families detained in Syria.” There are intensive studies for this issue and addressing all the scenarios of the return of French fighters.

The Number of French Fighters in Syria and Iraq

According to Sputnik, the French Foreign Ministry said, on May 30, 2019, that about 450 French who joined ISIS were detained by the Kurdish forces or at refugee camps in Kurdish-controlled territories. There are 100 more still fighting in Idlib, which is controlled by Jabhat Tahrir Al Sham. 5 orphans and a 3-year-old girl have returned to France in March 2019, according to RT on May 28, 2019. By the end of March 2019, Laurent Nuñez, the Secretary of State to the Minister of the Interior, stated that about 100 children have returned since 2015.

An opinion poll conducted on February 2018, and published by Asharq Al Awsat on April 3, 2019, showed that 89% of the French are worried about the return of foreign fighters, and that 67% want the minors to remain in Syria and Iraq. According to Al Arabiya on March 29, 2019, the French authorities said that Paris “doesn’t know exactly where they are” the 200-300 children from extremist French parents. According to the New Arab on February 19, 2019, France Press suggested that there are 150 French in eastern Syria, 90 of them are minors and 50 are adults, in addition to 300 French fighters in Syria throughout the past years. Paris wants them to remain in detention.

France’s Position on Foreign Fighters Trials at Home and Abroad

According to RT on May 29, 2019, Jean-Yves Le Drian, the French Foreign Minister, stated that his country is intensifying its diplomatic efforts to prevent the execution of 6 of its citizens in Iraq after being convicted with joining ISIS. He said in front of the Foreign Affairs Committee at the Parliament: “Regarding the 6 sentenced to death, we said and will say again to the Iraqi authorities our position rejecting the execution sentence.”

According to Al Arabiya on April 24, 2019, the highest Administrative Court in France rejected the request of extremist French in Syria to return to the country, on the grounds that the court doesn’t have jurisdiction over a decision related to the French diplomacy. According to Sky News Arabia on March 8, 2019, a French court sentenced a French man of Algerian descent to 16 years in prison after he was convicted with joining al-Qaeda in Syria. He had been sentenced to 7 years in prison in 2004 for being convicted with recruiting foreign fighters to fight in Afghanistan and travel to Bosnia to join extremist training camps.

Paths of Foreign Fighters’ Return from Syria to Europe

Metin Gurcan, Turkish security expert, expected on February 22, 2019, according to DW, that “since ex-ISIS fighters from different countries used Turkey as a transit country to travel to Syria, they will use Turkey again to leave Syria.” For this reason, the intelligence services in Turkey and the EU must cooperate. He added that the transit journey will be costly, and Turkey must pay attention that no fighters stay in Turkey.

According to Sputnik, the French Foreign Ministry confirmed on May 30, 2019 that fighters must be prosecuted where they committed their crimes, while children could be repatriated to France if they were orphans or if their mothers agreed. The French authorities are also trying to prevent the execution of 7 French ISIS members in Iraq. Nicole Belloubet, the French Minister of Justice, stated that her country will not take any actions at the present time and will return fighters on a “case-by-case basis.” She added, “There is a new geopolitical situation with the US withdrawal. We will not change our policy in the present time,” according to the New Arab on February 18, 2019.

French Secret Deals between Iraq and Syria about Foreign Fighters

According to Sputnik on May 6, 2019, the French “Le Figaro” revealed a deal between France and Iraq to prosecute French citizens belonging to ISIS in Iraq, detained by the SDF in Syria, in exchange for military and financial assistance from France to Iraq. The deal involves providing military equipment and supplies from France to Iraq, in return for handling the French “jihadists” unwelcomed in Paris.

On April 6, 2019, Monte Carlo published a report titled “Paris planned to return French jihadists from Syria,” which said that the authorities detailed the paths of return for French extremists and their relatives detained or imprisoned by the Kurdish forces in Syria. The documents include the names of 250 men, women and children, and precise information that includes the date of travelling to the region, the length of stay, and the camp or place of detention. The documents reveal that the authorities are preparing to manage the judicial proceedings of the French ISIS members. They include the appearance of 100 French (37 men and 63 women) before investigators and counterterrorism judges. The judiciary plans to take care of 149 children, 99 of them are between 2-13 years old, and 30 of them are under 2 years old, in addition to 7 minors and 13 of unspecified age.

Macron said on April 25, 2019, according to Monte Carlo, that they have recently “bolstered the implementation of the Law of 1905, through closing schools and more cultural institutions when they don’t respect the rules of the republic regarding the public order or countering terrorism.” A number of French legislators and experts who spend weeks inside the offices of Facebook in Paris, Dublin and Barcelona confirmed that the company doesn’t work hard enough. Before Zuckerberg’s meeting with Macron, the officials released a report that calls for enacting laws which enable the government to investigate, and impose a fine on social media that don’t assume the responsibility for the extremist content. The French government wants the legislation to be a model for social media management in Europe.

According to Anadolu Agency on February 13, 2019, the French authorities announced closing 7 mosques throughout the country and thwarting 10 terrorist attacks since the adoption of Counterterrorism Law by the French Parliament. Security forces raided 93 houses of people suspected to be potentially involved in terrorist acts, in addition to house arrest of 106 persons all this time. The Counterterrorism Law allows consolidating the powers of the administrative authority and the police to impose house arrest on people who pose potential threat, and check identities near the borders without judicial approval. It also gives them permanent new powers in raids and closing worship places.

France is facing an internal threat from the Islamist groups, especially that ISIS has many people living in European countries. It is expected that the phenomenon of “home-grown terrorism” will increase, and that ISIS will use its sleeper cells and sympathizers from local extremists to conduct terrorist attacks inside France. It is also expected that the prisoners convicted with terrorism will pose a threat that will not end at the detention centers; that is spreading their ideas among other prisoners who are not convicted with terrorism-related crimes. If those detainees fled to Turkey with false passports and names, they would possibly be of a great concern to France because some might return with the intention of conducting terrorist operations.

It is expected that the execution sentences issued by Iraq against French citizens would bring back the controversy of returning jihadists to France. It is possible that the French judiciary will have a great influence on how the government deals with the issue of returning foreign fighters, making the scene more complicated particularly after the deterioration of the situation in Idlib and the growing risks of fighters flow from there to France. It is expected that the French authorities will face another dilemma it may be not able to address, which is the standing and activities of human rights organizations that call for prosecuting French citizens in France and before French judiciary.

Copyright reserved to the European Center for Counterterrorism and Intelligence Studies