Britain: The Dilemma of Returning Foreign Fighters and Violent Extremism at Home 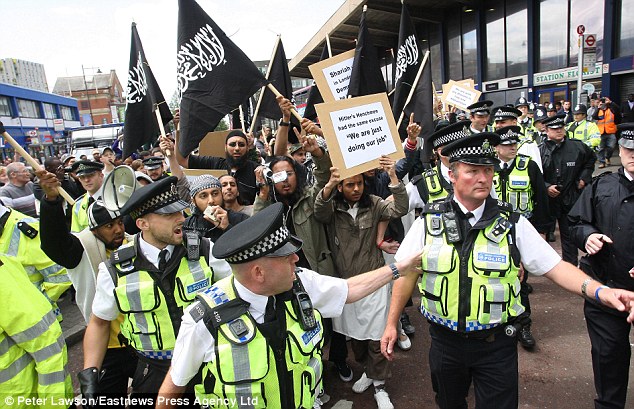 Britain, along with the rest of Europe, is worried about the return of foreign fighters from Syria, Iraq, Libya and other countries. It considers the returning foreign fighters and their families a threat to Britain’s security. This threat is not limited to the adult returnees; it involves minors in the near future. Britain has relatively succeeded in countering extremism domestically, through issuing a new counterterrorism law in 2018, which gives the security authorities broad powers. But it still needs to advance its efforts in countering extremism domestically through applying deradicalization programs.

The Independent Arabia confirmed on May 30, 2019 that about 18 British citizens are among those detained by the Iraqi forces. On May 20, 2019, RT reported that more than 900 British citizens travelled to Syria to fight according to the statistics of the British Home Office. About 20% were killed, while 40% returned to the Kingdom and 10% only were prosecuted for their actions in Syria. A documented study published by the International Center for Study of Radicalization at King’s College, London, discussed by the BBC on February 20, 2019, confirms by official and academic data that the number of foreign fighters who joined ISIS from the UK includes about 145 women and 50 children.

According to Asharq Al Awsat on March 12, 2019, Jeremy Hunt, the Secretary of State for Foreign and Commonwealth Affairs, stated that his country is working on a plan to rescue the children of British female ISIS members, who fled the UK to join the group in Syria. And according to Swissinfo on February 18, 2019, Britain saw that the ISIS foreign fighters should be prosecuted in the place where they had committed their crimes. The former Prime Minister’s spokesman said that “foreign fighters must be brought to justice according to the appropriate legal procedure in the most suitable jurisdiction.” He confirmed that the British government would “do its best to ensure the security of the United Kingdom.”

Alex Younger, the Chief of the MI6, said that Britain can’t prevent its citizens who joined ISIS from returning to their country, according to Sputnik on February 12, 2019. He added that “those people cannot be prevented if they decided to return to the UK, even though they may pose a high risk.” He added, “But we may need more information to make sure that they don’t pose a threat.”

The British authorities stripped two British female ISIS members of the British citizenship, according to Asharq al Awsat on March 10, 2019. They had left to Syria in 2013 after marrying fighters from the extremist group, who have “close ties” to the filmed crimes of murdering foreign hostages. According to figures reported by an immigrants’ website, quoted from the Ministry, 104 persons were stripped of the British citizenship in 2017, compared to 50 persons over the previous decade.

The official figures in Britain show that 1 out of 10 extremists who returned from Syria was prosecuted, and that 40 persons appeared before the court for what they had done in Syria or due to misconduct after their return, whereas the total number of returnees from Syria and Iraq who are thought to pose a threat on the national security is estimated to be more than 400 persons, according to RT on February 22, 2019. The British authorities revoked the citizenship of Shamima Begum, 19 years old, who left her country when she was 15 and went to Syria to join ISIS, according to France 24 on February 20, 2019.

Iraq suggested to Britain and the International Coalition States to prosecute the foreign extremists who had joined ISIS, in exchange for 2 billion dollars, according to Sky News Arabia on April 10, 2019. In case they accepted this offer, once the extremists are prosecuted, Baghdad will have the right to ask for “more money to cover the accommodation expenditures.” Syrian Kurds have already asked for establishing a special international court to prosecute the extremist detainees. Britain refused to receive 2 of its nationals from the “Beatles” group. Among the famous detainees captured by the Kurds are Alexanda Amon Kotey and Al Shafey Al Sheikh, the two survivors of the group which included 4 fighters, who tortured journalists and beheaded others. They were named “The Beatles” because they were British, according to Qantara on October 28, 2018.

Counterterrorism Policies and Laws in 2019

According to RT on May 20, 2019, Sajid Javid, the Home Secretary, plans, in a meeting with counterterrorism experts and senior security officials in London, to begin implementing a criminal punishment that could reach 10 years imprisonment and a fine on citizens for travelling to Idlib and Northeast Syria, under the Counter-Terrorism and Border Security Act. He confirmed that the British authorities could also apply this law to some regions in West Africa, which witnessed activities for al-Qaeda and the war against the radical group “Boko Haram” is still ongoing.

Britain has started implementing a new counterterrorism law, according to the Independent Arabia on April 20, 2019. Under the new measures, individuals could be imprisoned for watching terrorist promotional materials online, entering “specific zones” abroad, or writing “reckless phrases” in support of banned groups. The government also extended the imprisonment sentences of many terror crimes, ended the early release of prisoners, and placed more tight probation on them after their release.

The return of “jihadists” to their home raises concerns in Britain and the rest of European governments. Britain views them as a threat to the British national security, especially women who could establish a network to spread extremism domestically.

Britain has taken more strict actions than other European capitals, along with France, to punish the returning fighters. The British laws punish anyone who joined ISIS or other extremist groups, or travelled to Syria. This would reduce the number of recruits in ISIS, or other extremist groups in Syria, Iraq, Libya and other countries. Britain is likely to take more strict actions in tracking and monitoring extremist speech on the internet, and the glorification of extremist groups. The new British laws even punishes for clicking on extremist topics, despite criticism for the British government.

Britain has recognized, albeit late, that the Muslim community schools largely contributed to promoting the ideologies of extremism and terrorism, because of the wrong texts and interpretations included in the curricula of those schools. They led many Muslim youths to join extremist groups and fight in young ages. This means that Britain is expected to enforce new laws and terms on private schools and review their curricula. Britain identified “jihadist sanctuaries” inside Britain, which include closed societies and neighborhoods, the most known is the Libyan groups, that fight from Britain. This requires special efforts from Britain to reintegrate them.

What Britain should do is to find programs to combat extremism domestically through cooperating with families, schools, religious centers, and research centers at universities, to renounce violence and extremism, and to continue sustaining security cooperation inside Europe and with the region’s countries to combat extremism and terrorism internationally. Britain’s efforts should not be limited to the returning foreign fighters.

Copyright reserved to the European Center for Counterterrorism and Intelligence Studies