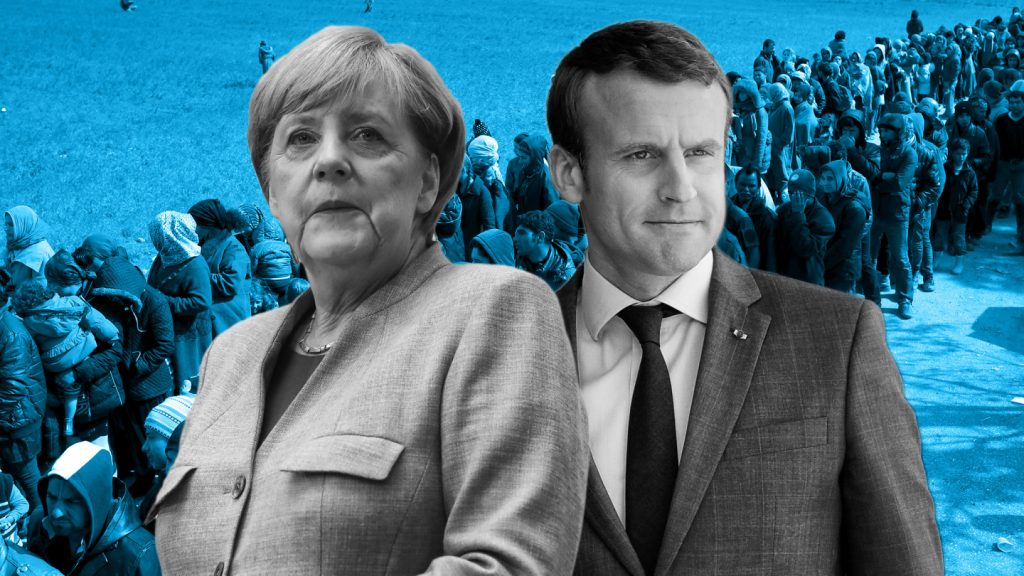 Last month, Walter Lübcke, a conservative German politician who supported Angela Merkel’s pro-refugee policy, was fatally shot in the head by a far-right terrorist. The suspect has ties to neo-Nazis and other right-wing extremists, and in 1992, he nearly stabbed an immigrant to death. Lübcke was probably targeted for his support of refugees; he received a barrage of right-wing criticism online.

Many people think that more immigration into Western countries leads to more terrorism, because immigrants from non-Western cultures are more likely to be terrorists. My research finds a very different kind of relationship. Immigrants aren’t committing terrorism in Western Europe. Rather, native citizens appear to be committing terrorism because of their hostility to immigrants.

My study, published in the Journal of Global Security Studies, argues that grievances toward immigrants plausibly drive right-wing attacks. I began investigating this issue by studying the relationship between immigration and terrorism over the past couple decades in eight Western European countries: Belgium, France, Germany, Greece, Italy, the Netherlands, Spain and the United Kingdom. I quickly found a strong pattern: When immigration levels to a country increase, the total number of terrorist attacks increased in that country as well.

At first glance, this might suggest that immigrants are committing the terrorist attacks. Determining whether that is true required digging into the data. Fortunately, the available data on terrorist attacks usually includes some information on the group or individual responsible for the act. The data set used for the main analysis is the Terrorism in Western Europe: Event Data (TWEED) data set, which uses newspaper reporting to create a list of terrorist attacks in Western Europe for five decades. This enabled me to see whether there was a relationship between immigration and all forms of terrorism, or if the ideology of the terrorist mattered. I use TWEED’s definition of terrorism as politically motivated violence against civilians.

After a closer examination of the data, I found this association is only present when looking at terrorist attacks by right-wing groups and individuals. There is no association between immigration and other forms of terrorism, including left-wing terrorism and terrorism by separatist groups, such as the IRA or ETA, the Basque separatist group. I found a similar relationship when using other data sets and measures of right-wing terrorism.

[The Christchurch mosque shooting and the rise of the far right]

Does the type of immigrant matter?

Notably, this relationship is stronger when the immigrants come from Muslim-majority countries. Right-wing terrorism does not seem to rise when there is higher immigration from other European countries. Other research shows individual support for far-right parties and policies increases when someone has more resentment against immigrants. All of this suggests right-wing terrorism is a reaction to an out-group.

Consider, for example, the data on Germany. From 2008 to 2015, according to the Global Terrorism Database, there were 86 terrorist attacks in Germany. Looking deeper into each one of these attacks, I find 60 of them could reasonably be described as right-wing terrorism. These attacks were more likely to be present in areas where a higher share of the population is foreign-born. Many of these attacks were directed against immigrants or against public housing dedicated to asylum seekers. The assassination of Lübcke is in keeping with this broad pattern.[Which right-wing online commenters are likely to become violent?]

Many social scientists view terrorism as a tool used by groups to further their political goals. My findings suggest some forms of terrorism may simply be the product of cultural grievances on the part of people who have been radicalized politically, as in the Christchurch mosque terrorist attack, Quebec City mosque attack and the Pittsburgh synagogue shooting.

This matters. There is little evidence to support the common claim that letting in more immigrants means letting in more terrorists. Furthermore, political rhetoric condemning immigrants may potentially stoke violence. Before Lübcke’s assassination, the far right launched a torrent of online abuse and death threats, including one by Lübcke’s assassin in a YouTube comment attacking Lübcke’s pro-refugee policy.Immigrants don’t pose a security risk. Rather, right-wing extremists who hate immigrants increase the threat of terrorism.