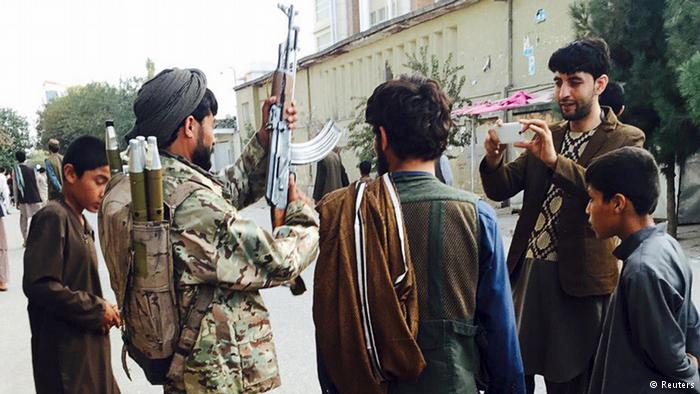 group and Afghan security forces. Meanwhile, the government has said life in the city is returning to normal.
Taliban fighters in Kunduz

The Taliban announced on Tuesday they were withdrawing from the strategic city in northern Afghanistan, ostensibly to avoid more civilian deaths.

The militant group launched a surprise attack on the city last month, in a move that many observers believe exposed the weaknesses of Afghanistan’s US-trained government forces. After managing to hold the city for three days amid fierce fighting, the Taliban began to lose ground in early October.

During that time, thousands of residents were forced to flee to neighboring provinces or hole up in their homes out of fear of being discovered by Taliban fighters.

Hamdullah Danishi, the current governor of Kunduz province, told the Associated Press news agency that life in the city was finally returning to normal, with people venturing out into the streets again.

While fighting in Kunduz has waned, however, violence has spread to other parts of the country. Most recently, the Taliban launched a major offensive outside the city of Ghazni, south of Kabul.

Government forces managed to prevent thousands of Taliban fighters from overrunning the city on Monday, but the fighting has continued.

The recent attacks have raised concerns over the country’s growing instability, with NATO forces intervening to help the Afghan government’s beleaguered military.