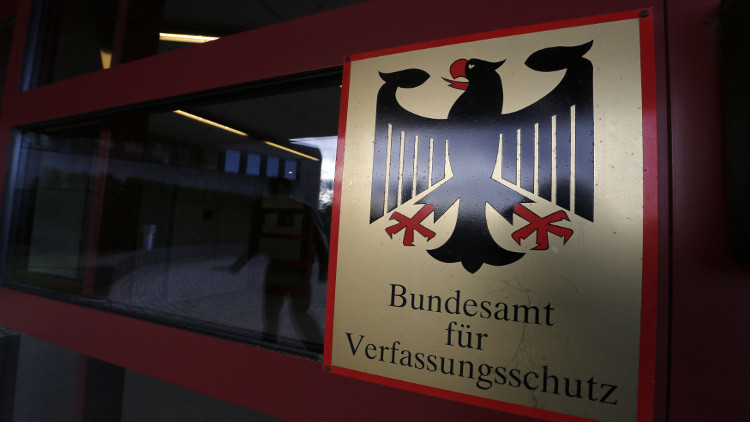 Germany, like many other partner countries, has long been an axis of terrorism, and the threat level is still critical. So, the German authorities worked on strengthening and enhancing its security and intelligence agencies to contain terror risks and threats. To ensure the success of the German strategy to counter-terrorism, GTAZ was established to that end. Before establishing the Center, agencies were individual and often worked on common purposes. It is up to federal states to maintain police forces and every state has its own domestic intelligence service. The federal intelligence and military counterintelligence agencies work at a national level. The aim of establishing the Center was to unify those security and intelligence agencies to ensure an effective performance in the issue of combating terrorism and extremism in Germany.

The researchers Paul Burke and Jonas Feltes show in a study called “Counter-Terrorism Overview: Germany,” that was published on Counterterrorism Ethics website, that the German institutions and security services adopt a counter-terrorism strategy that can be summarized in the following five points:

Germany’s counter-terrorism strategy also includes numerous programs to support de-radicalization efforts. One example is the counseling service offered by the BAMF (Advice Centre on Radicalization) that provides support for coping with radicalized friends or family members, in addition to providing solutions for extremist narratives.

A third core principle in the German fight against terrorism is the improvement of physical security nationally. This not only includes the strengthening of German police forces, but also includes the protection of critical national infrastructure in Germany. Aviation security is one of the major security concerns and it was strengthened by the Aviation Security Act.

In the aftermath of the attacks on 11 September, 2001, Germany restructured and improved its national crisis management by publishing a new strategy for the civil protection. The foundation of the Federal Office of Civil Protection and Disaster Assistance was one of the outcomes of this new strategy. It coordinates the emergency services and disaster planning on a federal level and provides strategies and analyses with regard to the aftermaths of natural disasters and large-scale terrorist attacks.

The final cornerstone in Germany’s counter-terrorism strategy is engaging in international alliances and organizations. Germany follows a multi-faceted approach to international cooperation in fighting terrorism.

The official website of the German Domestic Intelligence Service (the Federal Office for the Protection of the Constitution) says that the Joint Counter-Terrorism Center was established in Berlin in late 2004. The Center is not an autonomous authority but a joint cooperation and communication platform used by 40 internal security agencies. Its founding did not require a new legal basis, because no agency was given additional competences. Rather, each of the agencies involved takes its measures on its own authority and within the framework of the prevailing laws. Given the organizational structure of the GTAZ, the Center has no director, but the representatives of the following agencies cooperate on an equal basis:

– The Federal Office for the Protection of the Constitution

-The Central Office of the German Customs Investigation Service

-The Federal Office for Migration and Refugees

-The intelligence services of the federal states

-The criminal police offices of the federal states

The Joint Counter-Terrorism Center (GTAZ) was founded within the context of increased threats emanating from Islamist terrorism. The 9/11 terrorist attacks, committed by al-Qaeda in the US, was a turning point that had a great impact on the security structure in Germany and the international community as a whole.

Information Analysis Units at the GTAZ

The official website of the Federal Office for the Protection of the Constitution further explains that crucial for the success of the GTAZ is the cooperation between intelligence and police institutions and actors. The prerequisite for their cooperation “under one roof” was setting up two separate pillars, the Intelligence Information and Analysis Unit and the Police Information and Analysis Unit. The members of the two units closely cooperate in several working groups (WG) that serve various purposes. Besides dealing with current cases and threat prognoses, they also draw up medium- or longer-term analyses. These working groups include:

How does the Federal Government assess the GTAZ?

On April 26, 2016, DW reported that the German Chancellor, Angela Merkel, visited the Joint Counter-Terrorism Center and praised its “excellent work” and good links between the representatives of Germany’s federal and regional state entities located within the center. “Here, everyone is pulling together,” Merkel said, adding that in the interests of civilians a balance had to be maintained between their data privacy and security.

The official website of the German Ministry of Interior states that the Federal Minister of Interior, Horst Seehofer, visited the Joint Counter-Terrorism Center on April 12, 2018 to meet its authorities. In a press conference, the federal minister thanked the staff of the security authorities for their good work. “Since it was founded in 2004, the GTAZ has performed excellent work for the good of our country,” Federal Minister Seehofer said, adding that this work was becoming more, not less, important. He said he was grateful for the quality of their results, which had prevented several terrorist attacks.

Germany is a pioneer in establishing the principle of cooperation and coordination between the various actors in security, intelligence and police. It has succeeded in gathering them in one agency, represented in the Joint Counter-Terrorism Center (GTAZ), along with focusing on the measures related to the law on foreigners and the coordination of preventive and repressive requirements aimed at long-term effectiveness. The Joint Counter-Terrorism Center created a “culture of security and intelligence trust” in order to identify, anticipate, contain and counter threats in an early stage and by depending on intensifying cooperation and coordination between agencies and the representatives of law-enforcement authorities. Various cases, such as the successful investigations into the so-called Sauerland Group, which led to the prevention of a terrorist attack in Germany, have shown that the GTAZ and the Intelligence Information and Analysis Unit structures are well-functioning and efficient.