Counter-terrorism in Belgium: Rise of the Far-Right 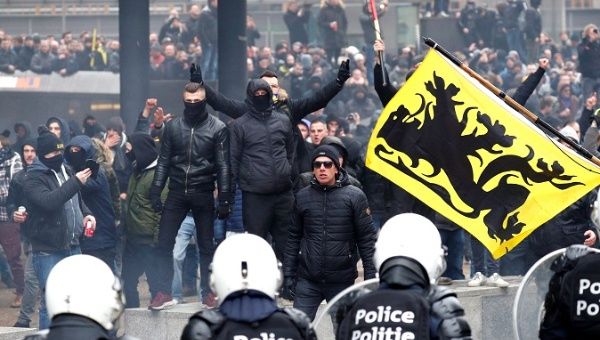 Belgium represents a general trend across Europe. The “refugee” or “migration” crisis has led to the rise of right-wing populist opposition parties in many EU states, such as France, the Netherlands, Denmark, Sweden and Germany. In some countries, the right-wing populists are coalition partners in government, such as in Belgium, Finland, Austria, and Greece. And in some of the EU states, the right-wing populist parties govern solely, such as Poland, Hungary, the Czech Republic, and more recently Italy. Stefan Lehne, a Europe expert in Brussels, says it is clear that the migration crisis is part of the populist parties’ business model. “They’ve found a subject that provokes strong emotions and is extremely polarizing, and they’re not letting that subject drop,” he told DW on July 20, 2018.

The European Center for Counter-terrorism and Intelligence Studies discussed a report on June 12, 2019, titled “The Dangers of the Far-right in Europe: Belgium and the Rise of Populist Currents.” It listed the top extremist groups as follows:

· The Flemish Nationalist Party: it was previously called the Flemish Coalition. There are calls in the party for leaving the EU. An opinion poll showed an increase in the popularity of the Flemish Interest Party from 5.88% in the parliamentary elections in 2014 to 9.7%. It witnessed a huge decline with the departure of its voters to the camp of the Nationalist Party (the New Flemish Alliance). Flemish parties call for radical constitutional reforms in the state’s structures; granting more powers to authorities in the fields of employment, social insurance and taxes; stopping migration; adjusting pension system; and saving budget at the expense of social services, which is a great concern for the francophone parties, especially that a great part of social benefits and medical insurance is paid by the Flemish Region.

· PEGIDA: a Belgian movement known for its animosity against immigrants. In March 2015, 200 members from the Flemish wing marched against the Islamization of the West and the “abuse” of the right of asylum, in the city of Antwerp, despite a mayoral ban on the rally. It receives great support on social media and has the sympathy of educated people and academics. They consider democracy an initial positive gain. The Parliamentary Committee charged with monitoring the work of the security and intelligence services stressed that the radical ideology has become more evident in the Belgian military. The report pointed out that the three threats faced by the military are the Islamist extremism and the radical right-wing.

· Shields and Friends: a far-right movement in Belgium. It addresses different classes in society, including the “conservative right” and non-violence supporters, in addition to supporters of racism and Nazism.

· White Collars: a far-right movement that calls for the possession of weapons legally or by other means, and training on using them against foreigners and refugees.

· Shields and Friends: founded by Dries Van Langenhove. The Belgian intelligence considers the possibility of adding Langenhove to the list of terrorism.

The Far-right and the Creation of Civil Watch Groups

According to Asharq Al Awsat on July 9, 2019, complaints from racist accidents reached 7500 in 2018, according to The Centre for Equal Opportunities and Opposition against Racism. The Center has also dealt with the rise of far-right groups, including Shields and Friends. The Center was part of a lawsuit against the activities of this group on the internet. And according to Asharq Al Awsat on October 26, 2018, the Belgian authorities decided to expand the list of terrorism, which is issued by Coordination Unit for Threat Analysis in Belgium. It will not be limited to Islamist extremists who were involved in conflict zones in Syria and Iraq to fight with ISIS.

It was decided to add 7 individuals from the far-right supporters. 20 extremists from the far-right and far-left were added to the watchlist of the Coordination Unit for Threat Analysis. This raised the concern of Belgian security and intelligence services, especially that those individuals have formed groups to make civil watch operations on citizens’ behaviors in many cities, such as Antwerp, Brussels, Leuven, and Liege. These groups tend to act violently against migrants, particularly against refugee shelters, mosques, and others.

The Far-right in Belgium Arms its Members

According to Anadolu Agency on March 22, 2019, a report for the Belgian Intelligence revealed that the far-right in Western Europe started to change its activity patterns, and that the leaders of some groups have ordered their members to train on shooting and possess weapons legally or illegally, in addition to radical changes in its structure. The report suggested that the far-right advocates do not hide their admiration of Nazism, and that they embrace violence. The report noted that social media and online websites have stepped up the far-right speech, and have become an important means for propaganda and gaining new supporters.

Mahinur Özdemir, an independent Belgian parliamentarian, said that the White Collars are composed of university graduates and young people who dress like Neo-Nazis. She added that those people promote identity speech. “Racism has reached a different level from the traditional racism. Unfortunately, it has supporters who promote speeches like Christianity and Flemish,” she added.

Ironically, Belgium, which includes Brussels the capital of European decision and home to European institutions, voted for the Flemish Nationalist Party, where the Vlaams Belang got 8% of the additional votes compared to 2014 elections, and the Belgian right-wing parties got 6 seats in the Parliament, according to Euro News, on May 27, 2019.

Publishing rights reserved to European Center for Counterterrorism and Intelligence Studies in Germany and Netherlands.