Map of extremist groups in Netherlands 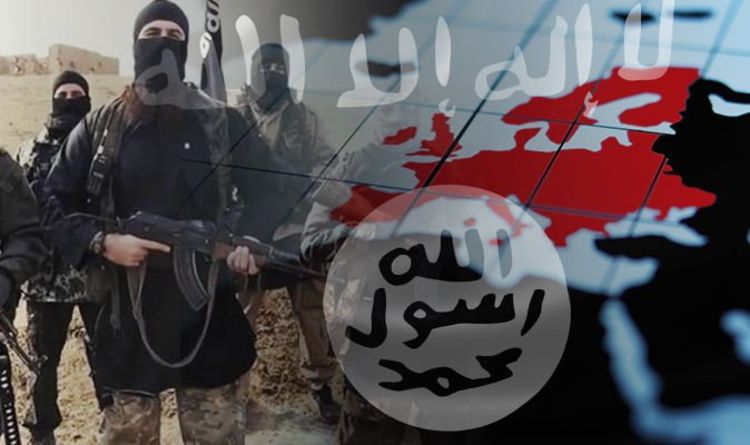 By European Center for Counterterrorism and Intelligence Studies in Germany and Netherlands.

The Dutch authorities confront the increasing dangerous challenges of the Islamic extremist groups.  The Netherlands’s General Intelligence and Security Service (AIVD) declared in an official report – with the National Coordinator for Security and Counterterrorism (NCTV) – that the Jihadi Salafism infiltrated Netherlands. Reports emphasized the increasing of the Jihadi Salafists numbers in region where Muslims of different origins live in the Dutch cities.

Dutch intelligence service and local press reports warned against this phenomenon, assuring that the Salafism in Netherlands is trying to proliferate the extremist ideology in Netherlands through different methods.

it was established by Nourdin el-Ouali, who affiliated to the Muslim Brotherhood. The party participated in the municipal elections of March 20, 2019, for the first time for North of Netherlands.  The party intended to gradually widespread and expansion in every Dutch province. Azza Azzouzi is a high-level NIDA party official. The Nida party in Rotterdam said it will pay fines (150 €) enforced on niqab wearers. The law bans any clothing which covers the whole face in the public spaces (according to Anadolu Agency on July 19, 2019 )

led by a 34 years old Iraqi decent person from Arnhem city in the East of the country. He was convicted in 2018 of trying to join ISIS. The group was plotting a terrorist attack using bomb vests and Kalashnikov AK-47’s. In addition to another attack at the same time using a car bomb. Seven of them lived in Arnhem, Rotterdam and Hausen. (according to Asharq Al-Awsat on March 19, 2019)

The Hofstad Group was a network led by “Mohammed Bouyeri” a Dutch national of Moroccan decent, who murdered filmmaker Theo van Gogh in 2004. It was a Jihadi Salafist Cell, composed largely of young Muslim Dutch of North Africa decent, it located in in The Hague.

A report of the Dutch newspaper de Telegraaf affirmed that the El Tawhid Mosque in Amsterdam, is a haven of terrorists who are active in recruitment of youth to join the extremist groups. In addition to some mosques affiliated to extremist Salafism such as Sunna mosques in The Hague, the network of Salam family in Tilburg, and Furqan Mosque in Eindhoven.

Many Islamic centers and mosques are affiliated with Muslim Brotherhood and under its direct control. In Rotterdam, they include the Essalam Islamic Cultural Centre (EIIC); the Centrum de Middenweg (CDMW), whose name is a reference to Yusuf al-Qaradawi’s al-Wasattiyah movement; and a former school building purchased by the Foundation Social Cultural Center in the Netherlands, which is the social and cultural arm of the MB.

The threat of Muslim Brotherhood to the Dutch security

On September 1, 2019. The Investigative Journal website shed lights on funding that MB received from Doha authorities. This enabled the Brotherhood to buy four properties in Amsterdam, Rotterdam and The Hague for at least € 5 million in a short period. The website mentioned that Ronald Sandee, a former Dutch military intelligence analyst, said that the Dutch government did not react to the merger of the foreign funded Muslim Brotherhood and other extremist groups into the country.

the British website referred to a 2010 investigation into the MB in the Netherlands by the Dutch intelligence service (AIVD) concluded that the group’s activities could, in the long term, pose a risk to the democratic legal order in the Netherlands.  The Investigative Journal showed that the Brotherhood’s strategy focused on large cities in recent times, particularly Amsterdam and Rotterdam. (AIVD) noted that the group is secretive and anti-integrative.

The threat of Salafism to the Dutch security

On February 26, 219. The National Coordinator for Security and Counterterrorism (NCTV) stated that the Salafism poses a threat a threat to Dutch national security, the Salafism in the Netherlands is still considered attractive base for Jihadists. The threat comes from the Political Salafists who fuel hate and intolerance towards others. The Dutch state couldn’t identify the numbers of Salafists in The Netherlands till now. (NCTV) said that the Salafist machine is stirring in very active way to attract many young Dutch Muslims.

The Dutch justice department has warned of the threat posed by jihadist women returning from abroad with children over the age of nine. Even women and children who have not been trained and who have not taken part in hostility actions may pose a long-term threat because they come into contact with the ideology of ISIS (According to Asharq Al-Awsat on March 4, 2019). Authorities reported that hundreds of people, including children with ties to the Netherlands, remain in ISIS territories in Syria and Iraq. More than half of the children (at least 170) are under the age of four and about two-thirds were born on the battlefield, according to (AIVD) annual report. AIVD said that the returnees pose a serious threat because they have been in ISIS areas for a long time. They are more likely to have participated or witnessed serious violence, warning of the threat posed by the growing number of returnees from war zones there. The Netherlands believes that the real danger lies in the return of Dutch youth from Syria, where they hold jihadist ideology that may be spread in Salafi circles (According to France 24 on March 6, 2018).

The Dutch government raised the terror threat level in the Utrecht province to its highest level, after the shooting accident on a tram. Authorities boosting security measures in schools, mosques and transports after the shooting (according to Euro news on March 18, 2019). Dutch authorities announced that they had thwarted terrorist attacks since the end of 2011. “Rob Bertholee” the head of the Dutch intelligence, revealed that authorities thwarted about 43 assault attempts since 2011 (according to Russia Today on January 11, 2018).

Here the major terrorist attacks that were carried out during 2018 and 2019:

Islamic extremist groups in the Netherlands are moving carefully and deliberately. Some polarize, others brainwash, others fund. These groups use all means such as places of worship to attract and recruit young Muslims to prepare them to travel as jihadists to conflict areas. In the medium term, extremist groups are expected to rely on decentralization and prevarication in spreading their ideology. It therefore becomes more difficult for the Dutch security services to track down these groups.

The Brotherhood’s ownership many Islamic centers and mosques under its control in the Netherlands reflects the extent of Brotherhood’s penetration into Dutch society to gain power and influence. MB is likely to pose a direct threat to national security, particularly in creating a breeding ground for extremism and violent polarization within Dutch society.