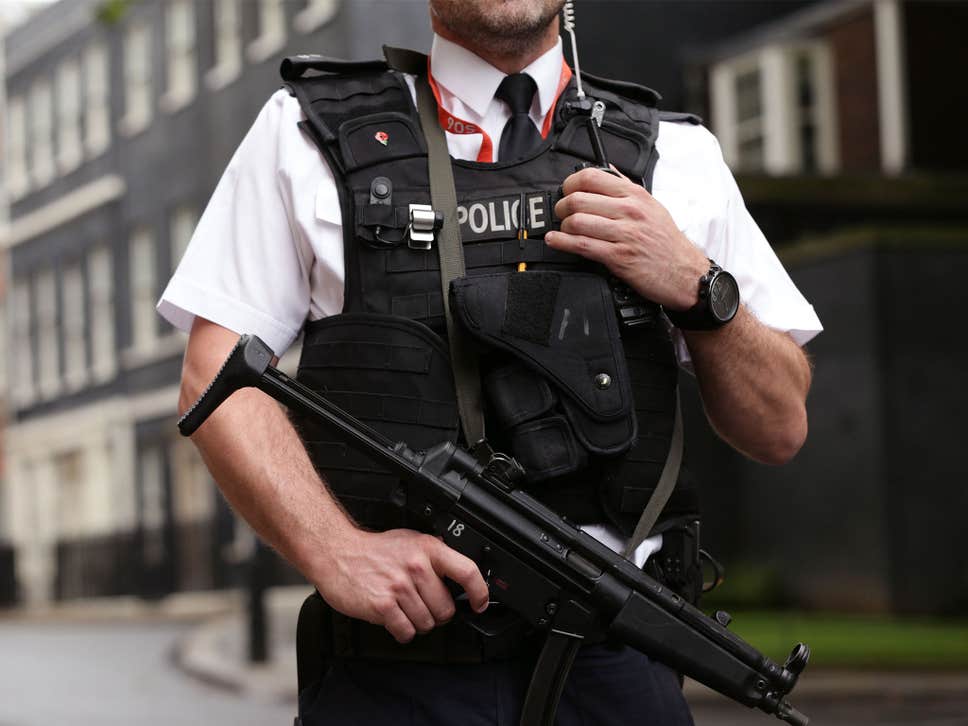 The threat level posed by terrorism to the UK has been lowered by the security services after “positive developments” in reducing the risk of attacks, officials have said.It is now set at substantial, meaning an attack is likely, after five years at either severe or critical.

The head of UK counterterror policing said the change “indicates positive developments in reducing the threat from terrorism”.Assistant Commissioner Neil Basu said officers were still working on about 800 live counterterror investigations, after foiling 24 plots since the Westminster attack in March 2017. “It is vital that we all maintain a high level of vigilance,” he added. “Police need the continued support of the public and all our partners.”

Mr Basu appealed for vigilance during the festive season and upcoming general election.He said: “Officers will continue to monitor the threat locally and respond appropriately. There will not be any change to our levels of commitment when it comes to protecting our communities.”The changed threat level was announced little over a week after the death of Isis leader Abu Bakr al-Baghdadi in a US raid in Syria.The head of US Central Command, General Kenneth McKenzie Jr, said the American military suspected the terrorist group’s followers “will try some form of retribution attack”.

“Any revenge attack might be more of a lone actor attack,” he told The Independent. “Isis has been damaged but the group will persist.” Isis announced a new leader and spokesman in a propaganda message that called for supporters to “take revenge for their leaders and brothers against the disbelievers and apostates”.The UK terror threat level is set by the Joint Terrorism Analysis Centre (JTAC), which includes intelligence agencies, police and government departments.

It was last set at substantial in August 2014, before being increased amid an onslaught of Isis propaganda calling for international terror attacks on non-Muslims.Isis went further than its predecessors by calling for the indiscriminate killing of any “disbelievers” and urging supporters not to ask for permission or advice, sparking a wave of low-tech attacks that caught international security services off-guard.

A report sparked by the 2017 London Bridge attack raised concerns over the way MI5 assesses and monitors potential terrorists last week.‘He died whimpering and crying’: Trump announces Isis leader Abu Bakr al-Baghdadi killed in US raid in Syria .The chief coroner of England and Wales called for a review of the “imprecise” potential lone actor triage tool after it emerged that ringleader Khuram Butt was initially judged as having “weak capability” .“Although attack methodologies of low sophistication may often result in lower tallies of dead and injured, they can be harder to detect in the planning and preparation phase,” said Mark Lucraft QC.

“In my opinion, there is a risk that future deaths could occur unless action is taken.”As well as Islamist-inspired terrorism, the JTAC system was changed in July to include the threat posed by the far right and other groups.It separately assesses the threat related to Northern Ireland, which has remained unchanged at severe, meaning an attack is highly likely.In September, Mr Basu named right-wing extremism as the fastest-growing threat to the UK but said it still made up a smaller proportion of work than Islamist-inspired terrorism.

Priti Patel, the home secretary, said a threat review was conducted every six months.“This is a systematic, comprehensive and rigorous process, based on the very latest intelligence and analysis of internal and external factors which drive the threat,” she said on Monday.“Despite the change in the threat level, terrorism remains one of the most direct and immediate risks to our national security.“‘Substantial’ continues to indicate a high level of threat and an attack might well occur without further warning.”Ms Patel said the government, police, and intelligence agencies would “continue to work tirelessly to address the threat posed by terrorism in all its forms”.