Threat of right-wing violence in Germany 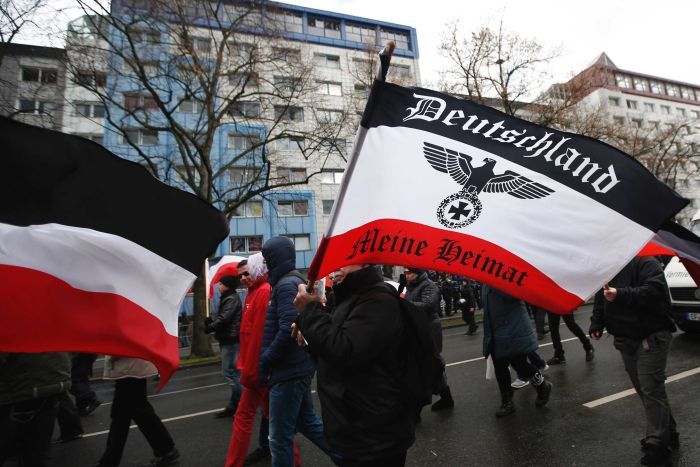 DW -Right-wing vigilante patrols claiming to fill gaps in state security have popped up in several German states. The government has warned there’s not a big leap between these groups and far-right terrorism.

Self-proclaimed citizen militias patrolling German towns are the “beginnings of right-wing terrorist potential,” according to the German Interior Ministry.The ministry’s statement, published by the Neue Osnabrücker Zeitung newspaper on Monday, came in response to a question from the Left Party’s parliamentary group.The ministry said there was a natural transition from vigilantism to “advocacy of security and order separate from the state monopoly on the use of force, or even to a violent act.

Vigilante groups attempt to justify their existence by claiming that state security forces cannot guarantee public safety, the ministry said. It added that the real goal, however, was something else: for “foreigners and political opponents to feel intimidated by the presence of right-wing patrols on the ground.”The ministry did not provide information about how many people are involved in German vigilante groups. But according to government estimates, there are now self-appointed patrols of this kind in just about every state across the country.Left Party politician Ulla Jelpke called for authorities to do more to combat their activities, the Neue Osnabrücker reported.

Earlier this year, the far-right National Democratic Party (NPD) said it was carrying out patrols in the Bavarian town of Amberg after  asylum-seekers there assaulted several pedestrians. Local officials later rejected the reports, saying there was no vigilantism in the town and that people who formed such groups could face prosecution.Authorities in Germany have repeatedly warned of an increased risk of right-wing attacks. The eastern German city of Dresden last week declared a “Nazi emergency” in response to what officials there described as a rise in far-right support and violence.The city council called for a “strengthening of a democratic culture,” as well as greater efforts to protect “minorities, human rights and victims of extreme-right violence.”