The causes of radicalization of young people in Dutch society 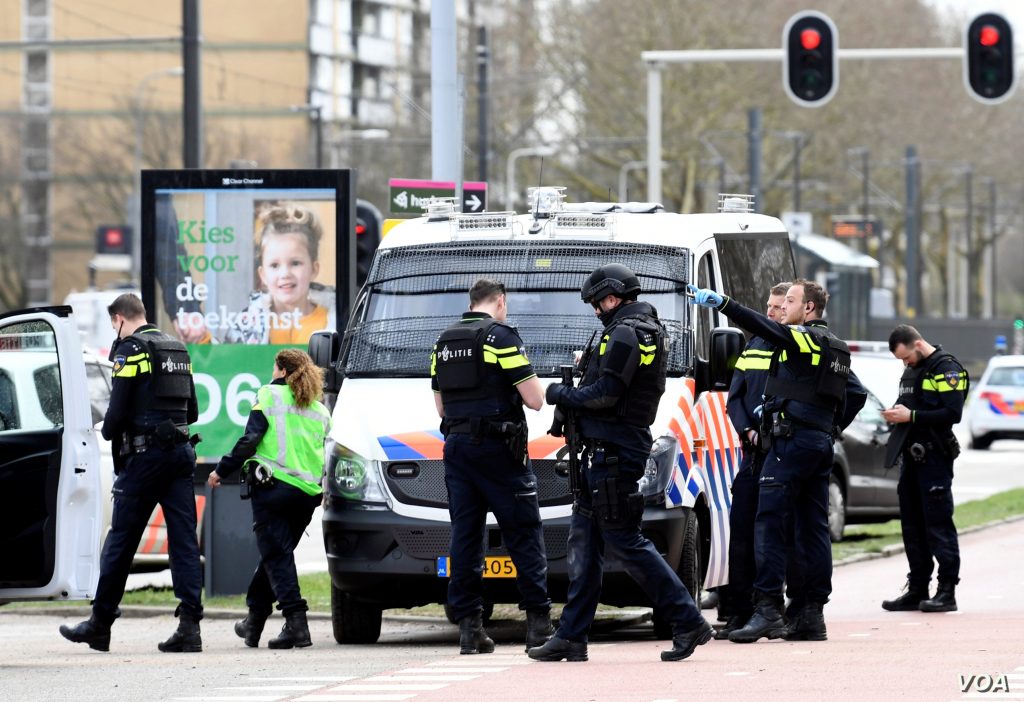 By: European Center for Counterterrorism and Intelligence Studies in Germany and Netherlands.

The Dutch authorities have warned that students at an Islamic high school in Amsterdam could be affected by teachers suspected of having links with Islamist militants (according to Euronews on March 8, 2019). The Dutch NCTV said there were “very worrying signals” at the school. “There are things happening inside the school that are not suitable for democracy and integration,” NCTV said, noting that there were people in the school’s administration who were in a radical Islamic environment. Dutch Minister of Security and Justice Ferdinand Grapperhaus said in response to the letter he received: “The government is very motivated to counter anti-democratic and anti-integrative behavior within the possibilities that the rule of law offers us”.

Here are the reasons for youth tendency to extremism in the Netherlands.

Slackening of municipalities in tackling Radicalization

On September 1, 2019. The Investigative Journal website said that While the Dutch government and intelligence services clearly state in a report released to Parliament that the Muslim Brotherhood members in the Netherlands are secretive and anti-integrative, they empower them by allowing them to take key position within Contact Body Muslims Government, one of the two official coordination councils between the Muslim communities and the government. The investigation revealed how a convicted extremist induced elements for the extremist groups, and how he became effective among Amsterdam youth. On September 14, 2017, a report of Security and Justice Inspectorate revealed that 50% of Dutch municipalities did almost nothing to combat extremism. According to the report municipalities with population of less than 100,000 don’t implement any counter-extremism policy. They say the problem is not theirs and there is no need to invest in educating the population or in training their officials.

Extremism is rising through educational institutions

A joint investigation by the newspaper NRC and the TV show “Nieuwsuur” issued on September 11, 2019, targeted Salafi educational institutions in the Netherlands, which are not governed by the same systems governing the rest of Dutch schools, because they are not considered to be public schools. The report showed that children in these Salafi schools are taught that non-Muslim people deserve death penalty. They are also being told to turn away from Dutch society and the principles of equality and freedom, and that they must leave this “unsecured country” to Muslim countries, where they will be able to settle down and live as Muslims. The influence of the Salafism inside the informal Islamic schools in the Netherlands has increased recently. The educational centers that are considered to be Salafi or influenced by Salafi ideology in the Netherlands are at least 50.

In his book “Jihad and Death”, Oliver Roy argues that modern jihadists particularly those who have engaged in terror attacks in Europe, particularly the Netherlands, are initially less motivated by the ideology of radical Islam to join extremist Islamist groups than by denying laws and values ​​of the society. a sense of nihilism: a malaise formed from social isolation, fantasy and rebellion. (according to BBC on May 4, 2019). Young European Muslims who are drawn to IS, he argues, are attracted to the organization’s violent means more so than dreams of a caliphate. When dealing with recent terrorist attacks we are not therefore facing a radicalization of Islam, but instead the Islamization of radicalism.

The Netherlands’ strategy for community security

Dutch authorities have arrested a 47-year-old Syrian suspected of being a commander for the al-Nusra Front on charges of terrorism and war crimes in Syria, the Dutch police announced on May 21, 2019, according to Russia Today, have arrested a 47-year-old Syrian called Abu Khadr, in the southwestern Dutch city of Kabela, In a coordinated action with German police.  On June 8, 2016, according to Monte Carlo, The Global Forum on Combating Terrorism in The Hague launched aiming to share experiences to combat thousands of young people joining jihadist groups such as Al Qaeda and ISIS and to look into Ways to combat extremism by identifying potential jihadists, their number and methods, in addition to address, persuade and rehabilitate them if they return to their country.

According to Euronews, on July 23, 2019. Dutch judges sentenced a 24-year-old ISIS militant to seven-and-a-half-years in prison for war crimes in Iraq and Syria after being photographed next to a crucified body and publishing photos of the dead on the Internet.

In the first quarter of 2017, The Netherlands began implementing the first phase of the “knowledge transfer” project dedicated to the Netherlands, with the aim of transferring knowledge to tackle and combat terrorism and extremism, especially cyberspace. In addition to conducting a training course for active and working groups on prevention the extremism and terrorism.

During the second phase, the program included a lecture at Eindhoven University of Science and Technology on cyber terrorism and mechanisms to deal with cyber terrorist mind, (According to Al-Hayat on February 18, 2018).

The Netherlands called for the establishment of a tribunal to prosecute ISIS members. Dutch Foreign Minister Stef Blok made the proposal at a UN Security Council meeting on May 24, 2019, according to Al-Arabiya, saying there must be accountability and an end to impunity   and ISIS fighters responsible for mass atrocities should be prosecuted, preferably in the region, and if feasible by “an ad hoc or hybrid international criminal tribunal.”. “I am fully aware of the complex obstacles on our road towards this goal,” Blok said. “But we have to keep in mind: Justice is a prerequisite of lasting peace and security.”

Yago Riedijk, 27, the husband of Shamima Begum, announced that he wants his wife to return to the Netherlands with him. Riedijk born and raised in an affluent suburb of Arnhem in the Netherlands, Riddick gave up everything to join the Isis. Riedijk left for Syria in October 2014. According to the BBC on March 3, 2019, Riedijk admitted that he had fought with Isis, but he stressed that he now wants to return home with his wife to raise their child there. He stressed that he refused to continue with Isis and tried to get out of it. He said he was imprisoned in Raqqa in Syria and tortured after the group accused him of being a Dutch spy. Dutch citizenship has not been revoked from Riedijk, although he is on a terrorist waiting list in the Netherlands. Ahmed Marcouch, the mayor of Arnhem, believes Riedijk should be brought home to face justice. “We will continue to guide him and keep an eye on him,” he told a local newspaper.

Dutch intelligence monitored the spread of extremist ideology among Dutch Muslim youths through mosques funded by countries with ties to the Muslim Brotherhood, including Qatar. Some organizations that spread extremist ideology among young people are well-funded, and have the skill to assert their influence and control over mosques with financial problems. The Muslim Brotherhood is working to increase its influence in the Netherlands just as other Salafi groups do, threatening national security in the Netherlands, especially as this kind of Islamic extremism undermines the integration of Muslim youth into society and increases their susceptibility to radicalization.

Extremist groups still pose concerns as they can reach the largest number of people, especially in Muslim communities, which is considered the most serious threat ever. The diversity of the influence of extremism to polarize young Muslims in a deliberate manner is to advise and guide them gradually to adopt their extremist ideology. It is disturbing that Dutch young people are becoming increasingly radicalized. The radicalization is more and more on the Internet, especially social networking sites, which can be a fertile ground for some adherents of this ideology to move to “violent jihad”, and creates a fertile ground for isolationism.

Assessment of the educational content of all schools is required, it must be subject to Dutch standards and values, and new Dutch school administrations should be free of any extremist members. De-radicalization and reconsideration of factors that have led Dutch youth to join extremist groups. Government should address the problem of extremism in Amsterdam and major Dutch cities, and have to take greater control measures on the work of associations and organizations with ties to extremism.

Local Dutch authorities are required to focus heavily on development and integration programs in neighborhoods with high extremist tendencies. Local authorities should develop an effective communication strategy to address a wider audience (both online and offline), to raise awareness of why they tend to be radicalized and to clarify how danger radicalization is. This includes exposing the agenda of extremism and extremist groups. It is important to use accessible and understandable language without resorting to populist methods.