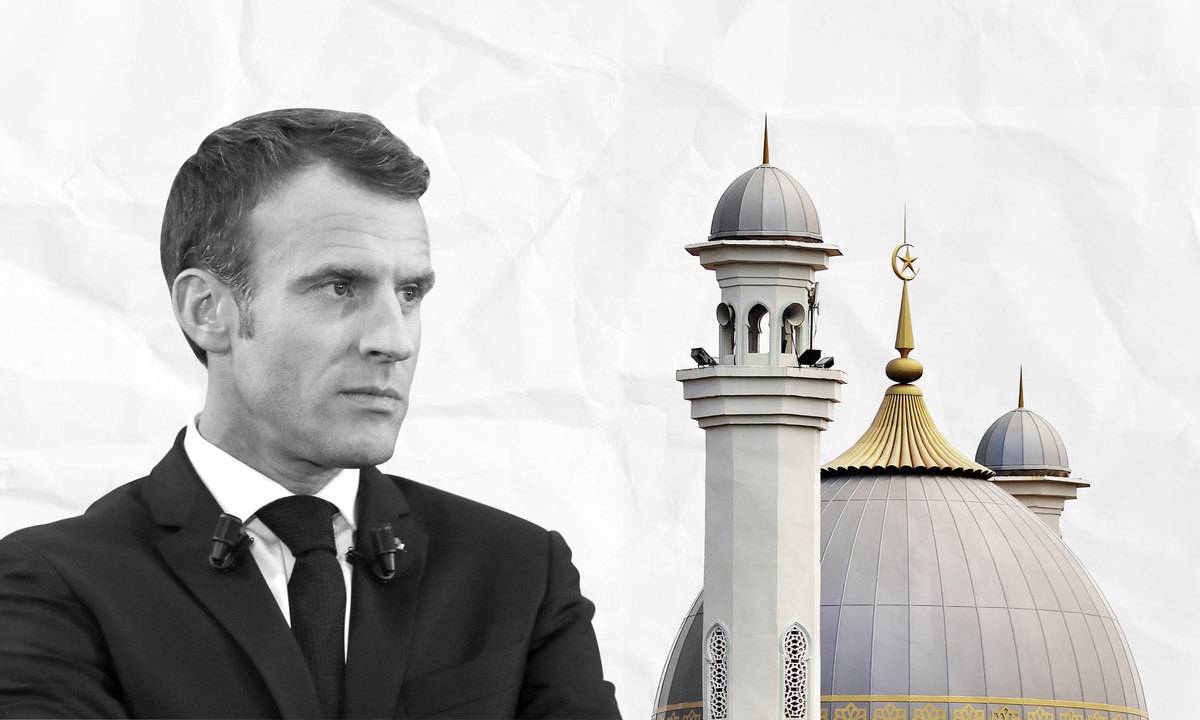 No way to avoid the impacts of the waves of migration to European union and it’s a cross cultures consequences when there are a big Muslim minority in European communities, but might be the significance of highlighting on the transmission context of the religion texts narratively, which is become as integrator if the narratives of holy Quranic texts invest to moderation.

A tradition aphorism speech in Islamic knowledge is (The Quran is carrying multiple faces ) Imam Ali bin Abi Talib says, indicating to the level of original  Arabic languages of Quran (Old official language) which is clearly different from today (Modern official Arabic language) more than the interpretation and exegesis also the reasons of sending (From Allah to the prophet) the texts in Quran according the modern Quranic science studies.

In this week the French president Emmanuel Macron announced on Tuesday that he would restrict other countries from sending Imams and Islamic teachers to France in what he said is an attempt to prevent (Separatism).

Macron said through DW news agency, he would gradually put a stop to the practice in which foreign countries including Algeria, Morocco, Turkey deploy Imams to France to preach in Mosques.

Before to discuss  Macron’s fears, the citation of Israeli  journalist, academic  researcher and activist in human rights Edy Cohen in his twitting on twitter that (the number of Ayats in Quran 6236, and one American researcher said just fighting and war’s Ayats  are 114 from the total number, but the question is why the clerics of religion focusing on the fighting and wars and ignored others about peace. Love, goodness?).

In last few decades the idea of a civilizational clash has long been a powerful metaphor in which to interpret the Islamist revival and Islamic ’middle east which to interpret the Islamist revival and cher said the number of fighting and war are 114 from the total number Middle East as a predatory civilization threatening the west, the notion was elevated to scientific theory with publishing of Samuel Huntington’s article in foreign affairs,

in the title the clash of civilization he warned that the fault lines of modern conflict will be not empires or states but ((civilizations)) cultural fundamentals, this in particular will occur along the fault lines between the Islamic , Judeo, and Christian civilizations, on the other hands Bernard Lewis and others give prominence to the textual interpretation of Islam which they consider an enduring and immutable insight into the essence of Islam and Muslim world, they maintain that Islam is a monolithic threat to the west.

The problem not in that perspective of civilization clash but in the way of mind in dealing with religious context, Eickleman and Piscatori, point to two processes that shape attitudes in Muslim world as a Muslims politicians, the first is ( objectification) which means that Islam is no longer simply practiced but questioned by its practitioners, the second process is (fragmentation) meaning that the clergy are no longer sole interpreters of Islamic doctrine but challenged by mixed of professionals ( Doctors, Lawyers, etc.) who like wise seek intellectual control of Islam.

To have more understanding about what behind the fear of this phenomena (sending Imams) is not the Holy Quran texts but the Intellectual transmission of the Quran texts by those who representative themselves as Imams or advocates to revival the Islam, which was one of socio-historical problematic issue.

since nineteenth century till nowadays most of social changes in Arabic world comes to take many figures to shape a political or terror movements, the intellectual modernity (Mohammed Arkoun’s Rethinking of Islam and Religion ) as many Arabic thinkers and scholars call for it seemingly could reduce the fears for extremism in Europe through the migration waves, and for not give the opportunity for the radicalism groups to be covered by this reason for changing the rules of game in Middle East and North Africa, intellectual modernity for the religious discourse was not succeed in the Arabic world because the traditional intellectual thinking dominant through the (political Islam).

In other words, the radicalism groups will not leave the huge human mass in Europe after 2015 without trying to reproduce itself but in the same time it’s so important to notice the socio-psychological circumstances from where the immigrants are came?, how they are approaching this kind of Islamic revival related to them geographical background as well as Middle East Arabic totally different than North Africa ? also the background of the level of the Arabic slang and religion status of the society in the home country?

The strategy for reducing the radicalism and hate speech indeed reduce the terror challenges, through creating platform for intellectual modernity through the highly educated immigrants and those thinkers in western world.

Publishing rights reserved to   European for Counterterrorism and Intelligence Studies in Germany and Netherlands.