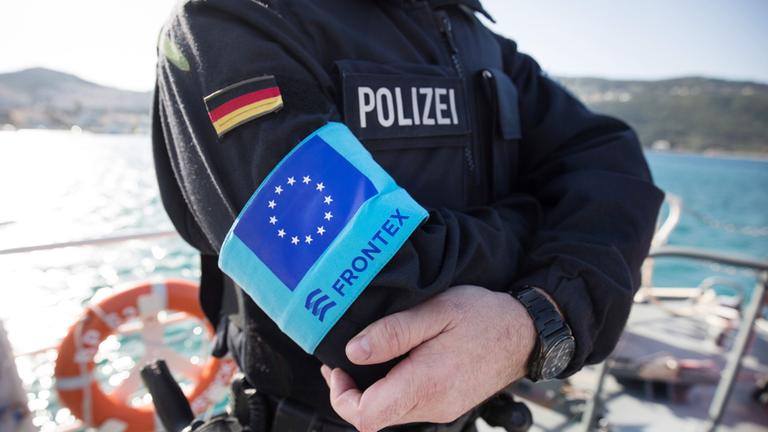 Dorothee Frank -The European Border and Coast Guard Agency Frontex will launch a rapid border intervention to assist Greece in dealing with the large numbers of migrants at its external borders. The Greek government officially asked Frontex to launch a rapid border intervention at its sea borders in the Aegean yesterday. Frontex has already increased surveillance capacity at the Greek borders and is redeploying officers from other operations to provide immediate assistance.

Rapid border interventions are designed to bring immediate assistance to an EU Member State that is under urgent and exceptional pressure at its external border, especially related to large numbers of non-EU nationals trying to enter its territory illegally. Frontex is now working closely with Greece to quickly finalise an operational plan for the rapid border intervention.

As soon as the plan is agreed, Frontex will ask other EU Member States and Schengen Associated Countries to immediately provide border guards and other relevant staff from the rapid reaction pool, indicating the relevant profiles and numbers of officers from each.

“Given the quickly developing situation at the Greek external borders with Turkey, my decision is to accept to launch the rapid border intervention requested by Greece,” said Frontex Executive Director Fabrice Leggeri. “It is part of the Frontex mandate to assist a Member State confronted with an exceptional situation, requesting urgent support with officers and equipment from all EU Member States and Schengen Associated Countries.”

Due to the increase of illegal border crossings within the past decade Frontex’ role and capabilities have been improved in last years. Leggeri explained: “Starting next year we will be able to rely on the first 700 officers from the European Border and Coast Guard standing corps to provide operational flexibility in case of a rapid border intervention. Today, we depend entirely on EU Member States and Schengen Associated Countries for contributions to come through at this crucial time.”