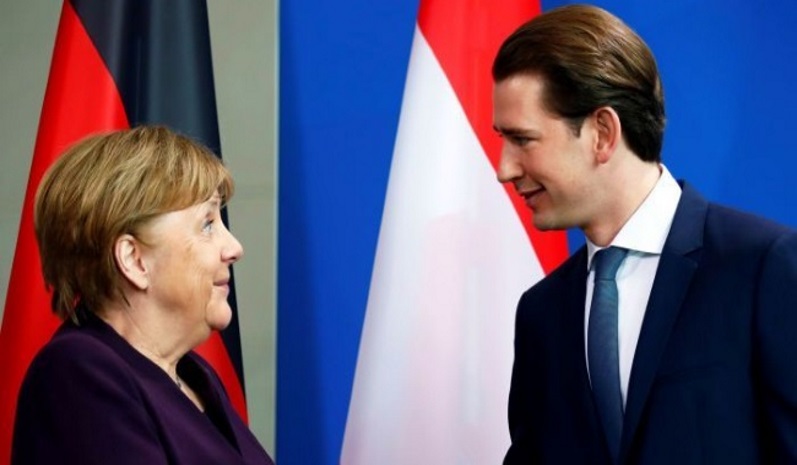 German Chancellor Angela Merkel clashed with her Austrian counterpart Sebastian Kurz on Monday during the latter’s visit to Berlin, disagreeing over renewing a rescue mission to save would-be migrants at risk of drowning in the Mediterranean.Although both leaders represent their country’s center-right parties, Merkel was staunchly in favor of the idea and Kurz opposed.

According to Kurz, the Operation Sophia rescue missions created a situation where human traffickers earned more money for their illegal activities based on the Libyan coast, where civil conflict has contributed to local lawlessness.On that note, however, Kurz praised Germany’s efforts at promoting peace in Libya, including a recent summit where all sides agreed to uphold a UN arms embargo

Merkel argued that with several NGOs operating rescue ships in the Mediterranean, an EU-sanctioned mission beheld to bloc laws would be an improvement.Kurz is a proponent of strict immigration controls, and once criticized Merkel’s 2015 open-door policy to refugees.

Operation Sophia began in 2015, and while it was renewed twice in 2019 for six-month mandates, the latest, which ends in March 2020, has been significantly scaled down and has not been renewed again. Since its inception it has rescued some 50,000 migrants from the sea.

The EU’s top diplomat, Josep Borrell, called last month for EU naval vessels to come back towards the Libyan coast to enforce the arms embargo in the region. Kurz said he disagreed with Borrell’s suggestion, arguing that the embargo could be better controlled from the air.

Kurz recently began his second mandate as chancellor of Austria after a coalition with his conservative People’s Party (ÖVP) and the far-right Freedom Party (FPÖ) collapsed last year in a corruption scandal. The ÖVP has now formed a coalition with Austria’s Green party. While Kurz suggested that a similar coalition may be possible when Germany heads to the polls in 2021, Merkel refused to be drawn into questions about the German election.