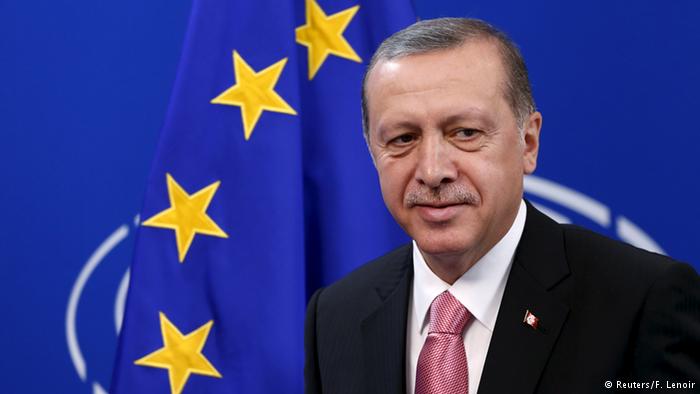 Will the EU-Turkey refugee deal collapse?

DW-The EU is skeptical about rumors that Turkey may let more Syrian refugees into Europe, pointing out that the “refugee deal” is still in place. But just how dependent is the EU on Turkey?

Rumors that Turkey might open its borders and allow Syrian refugees to enter the European Union began swirling shortly after the latest deadly skirmish between Turkish and Syrian forces in Idlib province on Thursday.

Omer Celik, a spokesman for Turkey’s ruling Justice and Development Party (AKP), said Turkey would no longer be able to keep refugees from entering Greece. Turkish media outlets ran reports claiming that busses full of refugees had been seen making their way to Turkey’s borders with Greece and Bulgaria.But the Turkish Foreign Ministry quickly denied the reports on Friday morning. “Our country,

which has taken in more refugees than any other in the world, will not change its refugee and migration policy,” said Hami Aksoy, the ministry’s spokesman.Aksoy did, however, add that if the situation in northern Syria continued to deteriorate the situation could deteriorate for the 3-4 million refugees in the area. “Some asylum-seekers and migrants in our country.

worried about developments, have begun to move toward our western borders. If the situation worsens, this risk will continue to increase.”The European Commission in Brussels expressed relief at the Turkish statement. Commission spokesman Peter Stano said Turkey had not officially informed the EU of any intention of withdrawing from the 2016 refugee deal between Ankara and Brussels.

Despite the deadly escalation of violence in Syria, Stano said the EU assumed Turkey would continue to uphold its end of the deal. The EU has said it will assess the situation on the ground and inspect the border in those sections monitored by EU border agents and experts from the European Asylum Support Office.

Turkish government representatives, and even President Recep Tayyip Erdogan himself, have regularly threatened to withdraw from the deal and “open the gates” over the past several years. In fact, Erdogan began making such threats even before the deal was signed in March 2016.

When Turkey hosted the G20 summit in Antalya in November 2015, Erdogan hinted he would simply open his country’s borders with the EU if Brussels didn’t want to pay for Ankara’s help. At issue was an extra €3 billion ($3.3 billion) payment, one he was ultimately given. It was at that point that EU diplomats began grumbling that the bloc had opened itself to blackmail.

The deal struck between Brussels and Ankara stipulated that Turkey would take back Syrian refugees who had made their way to Greece. In return for each refugee repatriated to Turkey, another Syrian would be resettled to the EU. Turkey was also tasked with keeping human traffickers from sending refugees across the Aegean Sea and closing its land borders with Greece and Bulgaria to refugees.

Over the past four years, Turkey has received some €6 billion in EU financial assistance to pay for room, board and education for some 3 million Syrian refugees. The EU also promised to expedite negotiations on Turkey’s accession to the EU, visa-free travel to the EU for Turkish citizens and an extension of the customs union.

The Turkish government has long complained that the EU has not paid out the €6 billion sum in full, and that the EU is dragging its feet on the accession negotiations and other agreements. The European Commission has begged to differ, claiming the money has been paid out in full — albeit to refugee aid organizations and not directly to the Turkish state.

EU willing to foot the bill

German Chancellor Angela Merkel visited Istanbul in January, where she agreed to Erdogan’s repeated requests for more cash to help his country deal with refugees. The EU has signaled its willingness to invest several billion euros more over the coming years, and Merkel said Germany would also be willing to help build refugee housing in Turkish-controlled areas within Syria.

For all its flaws, the refugee deal has had the desired effect of deterring new arrivals. Many Syrian refugees, aware they will eventually be stranded on the Greek islands, have decided it best not to undertake the journey at all. The number of new arrivals in Greece has dropped considerably since the deal went into effect in early 2016.

Still, the EU has yet to fully implement the measures it agreed to at the time. For instance, despite massive financial assistance from Brussels, Greece remains woefully incapable of processing asylum applications from Syrian refugees in a timely fashion. The entire procedure can drag on for months, even years.

As a result, there have been far fewer repatriations from the EU to Turkey than envisioned in the original refugee deal. Today, some 20,000 people are now stranded in extremely adverse conditions on Greece’s easternmost islands, in places such as the Moria refugee camp on Lesbos.

To complicate matters, many EU member states have been unwilling to accept adequate numbers of those Syrian refugees already in Turkey. “If the EU doesn’t change that soon the deal will collapse,” said Gerald Knaus, a migration expert, in a recent interview. Knaus advised Austria and the EU in 2015 and 2016, and is largely seen as the architect of the EU-Turkey deal.

But much has also changed in Turkey over the past four years. The government has been ruthless in its attacks on journalists and critics, and a number of German citizens are stuck in Turkish jail cells. Ankara’s relations with Brussels have also cooled considerably in the wake of the failed 2016 coup.

Still, despite the deficiencies in implementing the deal, the European Commission continues to view Ankara as the only thing stopping a massive influx of refugees from flooding the Balkan Route like they did in 2015.It comes as no surprise, then, that EU member states tend to react nervously whenever Turkey threatens to withdraw from the deal.The Bulgarian government, for example, has already announced it is prepared to send additional soldiers to its border, if necessary.