Germany has acted on Hezbollah.. Now the EU must follow 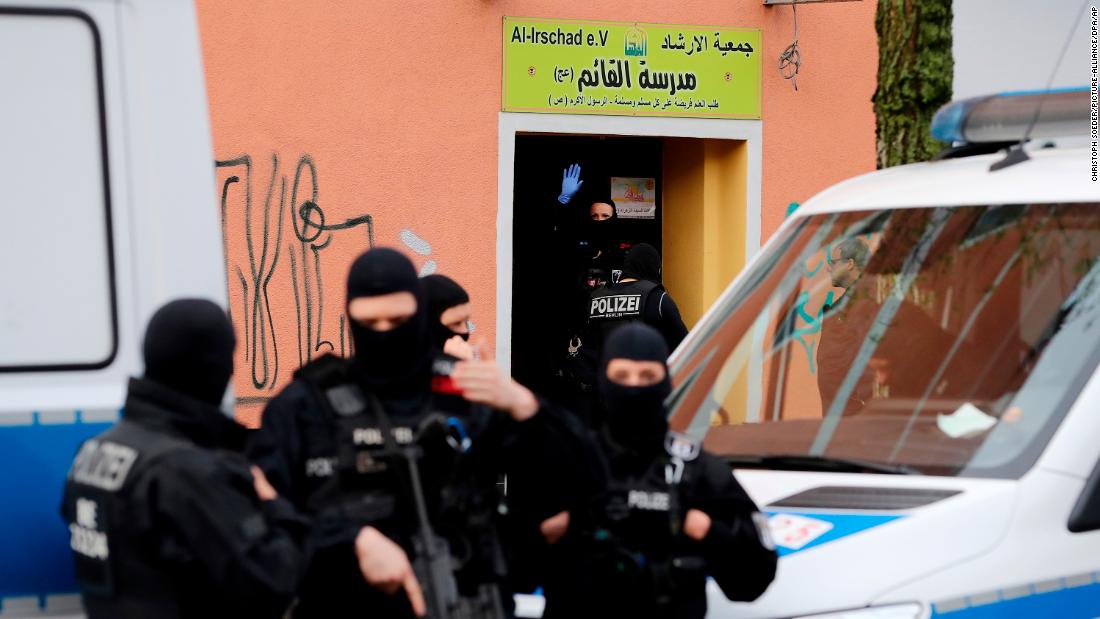 On April 30, Germany took the long overdue step of designating Hezbollah in its entirety as a terrorist group. It is past time that the European Union update its own designation of Hezbollah and ban the group in its entirety in order to limit its activities on the continent.

The EU formalized its Hezbollah stance in 2013, outlawing Hezbollah’s so-called military wing while drawing a distinction with the group’s political wing, which is a key player in the Lebanese government. The EU took this minimalist step in response to Hezbollah’s actions in the Syrian civil war and the 2012 bus bombing in Burgas, Bulgaria, which killed five Israelis and a Bulgarian bus driver. Bulgaria initially found “clear signs” of Hezbollah’s responsibility, though prosecutors failed to indict the terror group specifically.

Concerns about Europe’s relations with Lebanon prevented a full ban of the group while the EU pledged to continue dialogue with all of Lebanon’s political groups. This wrongly presupposes that Hezbollah is a responsible political actor in Lebanon. It is not. Hezbollah has, in the past, turned its weapons on Lebanese citizens and institutions when it has disagreed with the government. Hezbollah has also held the country hostage politically by collapsing governing coalitions and stalling the election of a new president for two years. Through all of this, Hezbollah has unnecessarily involved Lebanon in the civil war in neighboring Syria. And yet Hezbollah is the leading political force in Lebanon, where the newly formed government is dominated by Hezbollah allies.

The EU’s 2013 designation drew international praise but the decision to differentiate between Hezbollah’s military and political wings rightfully drew criticism and concern that this artificial division would make enforcement untenable. Not surprisingly, some of the loudest criticism at the time came from Hezbollah itself, which said the designation would have no effect on it. Hezbollah leaders also reiterated what the EU should also have known: there are no separate military and political wings in Hezbollah. Per Deputy Secretary-General Naim Qassem: “We don’t have a military wing and a political one; we don’t have Hezbollah on one hand and the resistance party on the other… Every element of Hezbollah, from commanders to members as well as our various capabilities, are in the service of the resistance, and we have nothing but the resistance as a priority.”

Clearly Hezbollah is a singular organization. Its fighters along the Israeli border and its politicians in Lebanon all answer to Secretary-General Hassan Nasrallah, who in turns answers to Iran.

German authorities estimate that there are more than 1,000 Hezbollah supporters in the country and 30 mosques and Islamic cultural centers linked to the group. On the same day Germany banned Hezbollah, police raided Islamic centers across the country suspected of providing financial aid to and propaganda for the terror group. In March, Austria opened prosecution against a suspected Hezbollah commander who had been operating in the country for 13 years. In 2013, a Cypriot court sentenced Lebanese-Swedish national Hossam Taleb Yaccoub to three years in prison for planning attacks on Israeli targets. Hezbollah had paid Yaccoub since 2011 to collect information on Israeli tourists, including Israeli flights arriving in Cyprus and registration plates of buses carrying Israeli tourists. Hezbollah spies have also allegedly operated from Denmark, Greece, and other European countries. Indeed, Hezbollah has been targeting Europe for decades. On June 14, 1985, Hezbollah terrorists hijacked TWA Flight 847 on its way from Athens to Rome and demanded the release of more than 700 prisoners held in Israel, Cyprus, and Kuwait in exchange for hostages. Hezbollah is clearly active in Europe, despite the group’s protests to the contrary.

Germany is not the first European nation to take action against Hezbollah. The Netherlands has long outlawed the terror group in its entirety. The United Kingdom has also recently taken the step forward to ban Hezbollah in its entirety.