The Gift of the Gab: The Utilisation of COVID-19 for Neo-Nazi Recruitment 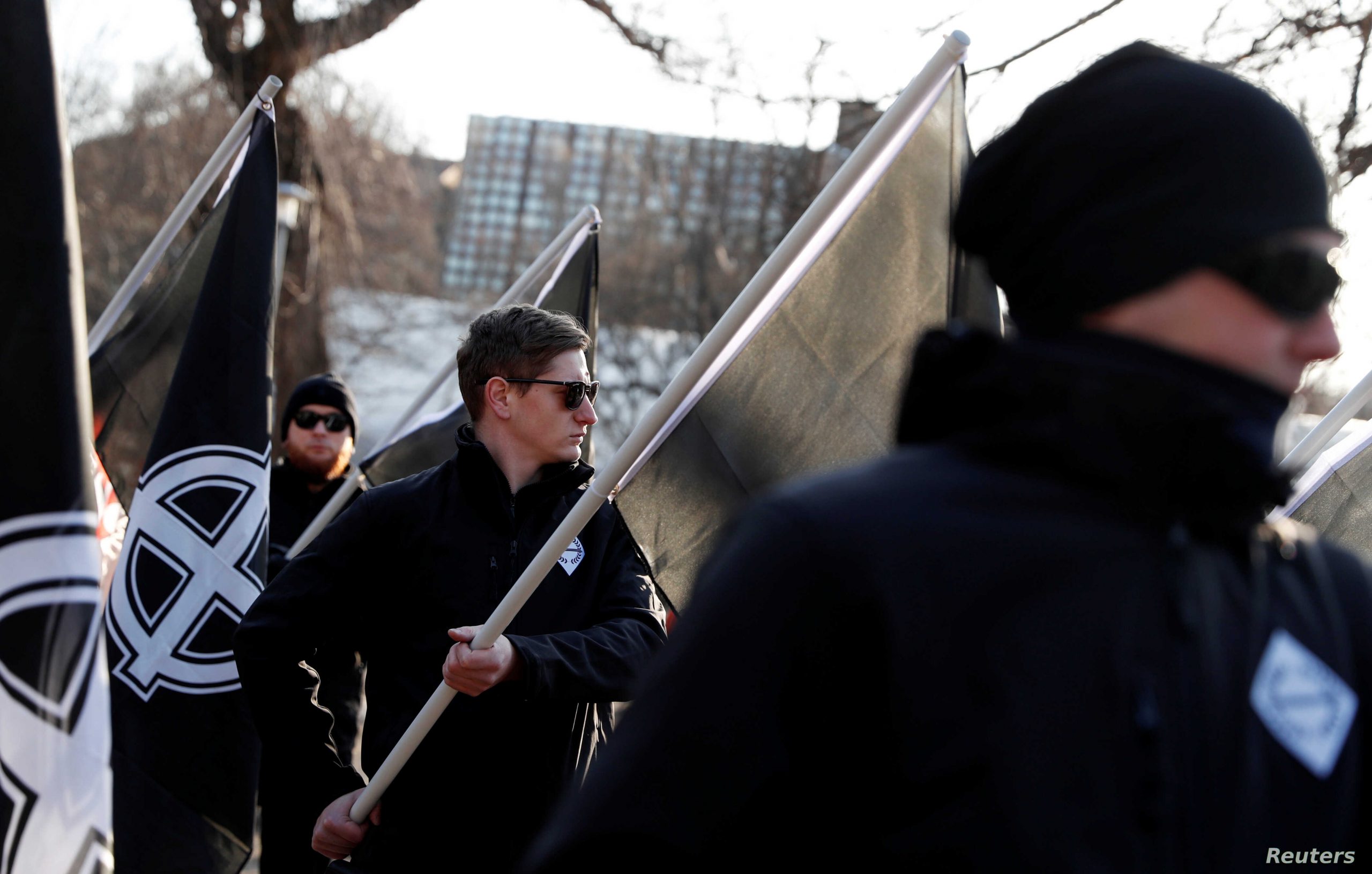 By Ashton Kingdon-Global Network on Extremism and Technology

Following the confiscation of the domain of the right-wing forum Fascist Forge, neo-Nazi recruiters have been migrating over to the social network Gab and are utilising the global COVID-19 pandemic as an opportunity to disseminate propaganda, and gain support for their accelerationist ideology.

Fascist Forge was created in 2018 to provide an international platform for self-proclaimed neo-Nazis to network, share resources, expand the fascist worldview, and, most significantly, communicate and organise offline. The forum was of particular concern as it hosted recruiters from some of the most notorious right-wing extremist organisations currently active in the West, most notably The Atomwaffen Division, The Sonnenkrieg Division, and Antipodean Resistance, all making direct calls for lone-actor violence. Following the shutdown of the site in February 2020 (whether this is permanent remains to be seen), neo-Nazi propaganda has been increasingly circulating on Gab, a right-wing platform which, in July 2020, transitioned into an open-source and decentralised social media network. Analysis conducted in the months following the Coronavirus outbreak has shown that right-wing radicals are capitalising on Gab’s tailor-made browser Dissenter – which enables users to circumvent censorship and comment freely on any URL on the Internet – to espouse their anti-Semitic, anti-Chinese, and Islamaphobic rhetoric. Furthermore, propagandists previously active on Fascist Forge are repackaging their earlier imagery to coincide with the recent pandemic to promote support for their survivalist and accelerationist narratives.

The term accelerationism is frequently used to refer to an eschatological ‘last stand’ for white supremacists seeking to hasten the collapse of society in the belief that events are not currently going well for the Aryan race. This narrative coalesces with the Identitarian philosophy of ‘The Great Replacement’ – the conviction that the policies of global elites are intentionally replacing native European populations with non-European ethnic groups, in a ‘Genocide by Substitution’. The origins of white accelerationism can be traced to Siege, a compilation of essays written in the 1980s by American neo-Nazi James Mason, who predicted that the end of current society is accelerating, and is irredeemable and unsalvageable. Consequently, users of Gab have capitalised on the pandemic’s apparent contribution to this prediction by manipulating existing imagery with the phrase ‘Remain Indoors’ to advocate that potential supporters stay at home, acquaint themselves with Siege, and embrace the unavoidable truth that violence is essential to achieve revolutionary change.

The propaganda that was promoted on Fascist Forge, and its predecessor Iron March, describes how the accelerated collapse of society, or ‘Race War’, will be the outcome of the inevitable conflict resulting from current policies of multiculturalism, tolerance, and immigration, and will begin with the ‘Day of the Rope’ – a period of time in which fascist revolutionaries will destroy the system, and the race-traitors holding power. There will follow a Reconquista – a homage to the re-introduction of Christian rule to the Iberian Peninsula that had been occupied by the Moors in the Middle Ages – when fascists will take back their Aryan homelands by expelling any other races inhabiting their ‘home soil’. With the system destroyed, and fascists in control of their homelands, a process of re-construction can begin across Europe, with new generations creating an Organic State.

One of the images promoted on Gab shows the ‘Engine of Cyclical History’ – propaganda originally published in 2017 in the book Zero Tolerance by Alexander Slavros, the founder of Iron March. It promotes the message that ‘weak men who idolise good times’ are unintentional allies to the fascist cause; when these ‘good times’ turn to ruin as a result of societal shortcomings, weak men fail to recognise their disaster and continue to behave in the same way, in the belief that this will remedy the situation. In reality, the situation can only be remedied by strong men, namely fascists and national socialists. The manipulation of the original image to coincide with COVID-19 with the phrase ‘Friendly Reminder – You are Here’, further endorses the message that only true fascists will have the power to capitalise on the pandemic in order to accelerate the inevitable ‘Race War’ and hasten the overthrow of the system.

Members of neo-Nazi organisations frequently circulate images in which their faces are covered with bandannas, which not only conceal identity, but also pay homage to their organisational origins. The Atomwaffen Division conventionally mask their identity behind scarfs emblazoned with the image of a skull, a representation of the SS Deathhead symbol present on the uniforms of members of the Schutzstaffel. Images like the one above not only endorse the accelerationist ideology, but also the wearing of masks, which are now being promoted as a way of protecting potential members from Coronavirus, as well as demonstrating alliance. The wearing of the Hawaiian shirt is a symbolic reference to a proposed Second American Civil War and armed rebellion against the state. In right-wing terminology the Second Civil War was referred to as Civil War 2: Electric Boogaloo (a reference to the 1984 breakdancing film Breakin’ 2), which became abbreviated to Boogaloo and the Big Luau (Laua being a Hawaiian feast in which ‘Pigs’, code for Police, are roasted). Hence, the symbolism of this clothing is its subliminal endorsement of the accelerationist narrative for the violent overthrow of the government.

The terms ‘Survivalists’ or ‘Preppers’ conventionally refer to the movement of people who actively prepare for emergencies by stockpiling food, water, and medicine, in the belief that a social, political, or natural catastrophe is imminent. Apocalyptic narratives are a major way by which neo-Nazi groups draw in followers and gain resources, their advocacy for ‘Survivalism’ not being predicted on societal collapse due to natural catastrophes, but on an ‘End of Days’ showdown, a civil or ‘Race War’ between the West and immigrants. In recent years, concerns have grown over the recruitment by neo-Nazi groups of members of the police and military, whose access to weapons and tactical training makes them a potential danger, particularly in societies in which far-right sentiment is on the rise. The recent Coronavirus outbreak has enabled propagandists to redistribute imagery originally seen on Fascist Forge, as a way of confirming they were right about the potential ‘End Times’, demonstrating further how the pandemic is being embraced and exploited as a way of revolutionising society.

The hateful imagery espoused on platforms hosting the most extreme right-wing radicals champions the view that today’s politics are bereft of the new ideas and means of organisation necessary for society to confront and resolve the coming annihilations. In particular, the overarching narrative on Gab is that, whilst Coronavirus gathers momentum as a global threat, politics withers and retreats; it is this paralysis of the political machinery, and the prospect of the future being ‘cancelled’ that is essential to accelerationist propaganda. As individuals are more likely to become radicalised by exposure to far-right culture in confined virtual spaces, the de-platforming of neo-Nazis from forums such as Fascist Forge has meant recruiters have been forced to find new arenas in which their ideologies can flourish, such as communities like Gab. Crucially, the COVID-19 pandemic provides accelerationists with the argument that as conflict resulting from the virus is inevitable, potential recruits should be inspired to seize this as an opportunity for them to make the first move in the fight for a total Aryan victory and the establishment of a Pax Aryana.