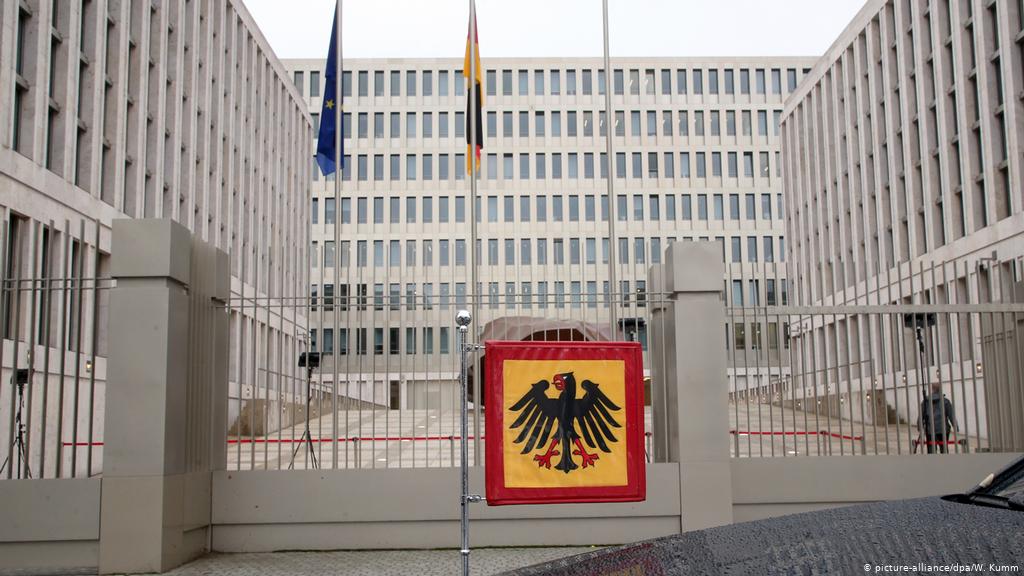 The German government must come up with a new law regulating its secret services, after the country’s highest court ruled that the current practice of monitoring telecommunications of foreign citizens at will violates constitutionally-enshrined press freedoms and the privacy of communications.

The ruling said that non-Germans were also protected by Germany’s constitutional rights, and that the current law lacked special protection for the work of lawyers and journalists. This applied both to the collection and processing of data as well as passing on that data to other intelligence agencies.

Several foreign journalists, as well as German journalists’ unions and the NGO Reporters Without Borders, had mounted a legal challenge to the latest amendment to the BND law, which sets out what Germany’s foreign intelligence service, the BND, can and can’t do.

One of the plaintiffs in the case was Azerbaijani journalist Khadija Ismayilova, who was awarded the 2017 Right Livelihood Award, often referred to as the “Alternative Nobel Prize,” for her work exposing corruption and organized crime in her own country. For her, the fact that the BND had the power to share intelligence with Germany’s less democratic allies made today’s court decision vital.

“I suffered a lot in Azerbaijan from the unlimited power of the government and their abuse of anti-terror legislation, which also allowed them to interfere with my privacy and expose my intimate life,” she said in an emailed statement. “I am happy that democratic checks and balances are still operational in Germany and it was possible to revert the abusive laws which could be used as instruments against whistleblowers and journalists.”

“The German Constitutional Court has once again underlined the importance of press freedom,” Christian Mihr, director of Reporters Without Borders in Germany, said in a statement. “We are pleased that (the court) has put a stop to the sprawling surveillance activity of the BND abroad.”

The 2017 amendment effectively legalized what the BND had been doing anyway: monitoring telecommunications anywhere in the world, regardless of suspicion.

The amendment was introduced in the wake of revelations about the scope and power of the US National Security Agency (NSA), by whistleblower Edward Snowden.

But according to a confidential document on “Signals Intelligence” leaked to Der Spiegel and Bavarian public broadcaster BR last week, the BND has been trying to self-regulate what kind of communications among German citizens it may eavesdrop on, based on the new law.

Up until now, Der Spiegel reported, the BND had considered foreign nationals living outside Germany essentially fair game, as they assumed they were not protected by Germany’s constitution.

During a hearing in January, Helge Braun, Chancellor Angela Merkel’s chief of staff, had argued that the monitoring of communication was vital to preventing attacks on the German military abroad. He added that the BND law included “comprehensive protection and control measures” that were unique.

The key legal question was whether foreign nationals in other countries were covered by Germany’s constitution, known as the Basic Law, which safeguards human rights — including Article 10, the privacy of correspondence and communications.

Paulina Starski, a constitutional law specialist and senior research fellow at the Max Planck Institute for Comparative Public Law and International Law in Heidelberg, strongly welcomed the ruling, saying it was the first time the German Constitutional Court had made such a clear verdict on secret service activities.

“I’m a great supporter of this interpretation of the Basic Law. It has previously been controversial where the obligation to protect basic rights applies,” she told DW. “Is it only in Germany or does it cover the activity of German state organs abroad? As you can imagine, this will have many consequences beyond the activities of the secret services — military missions abroad, for example.”