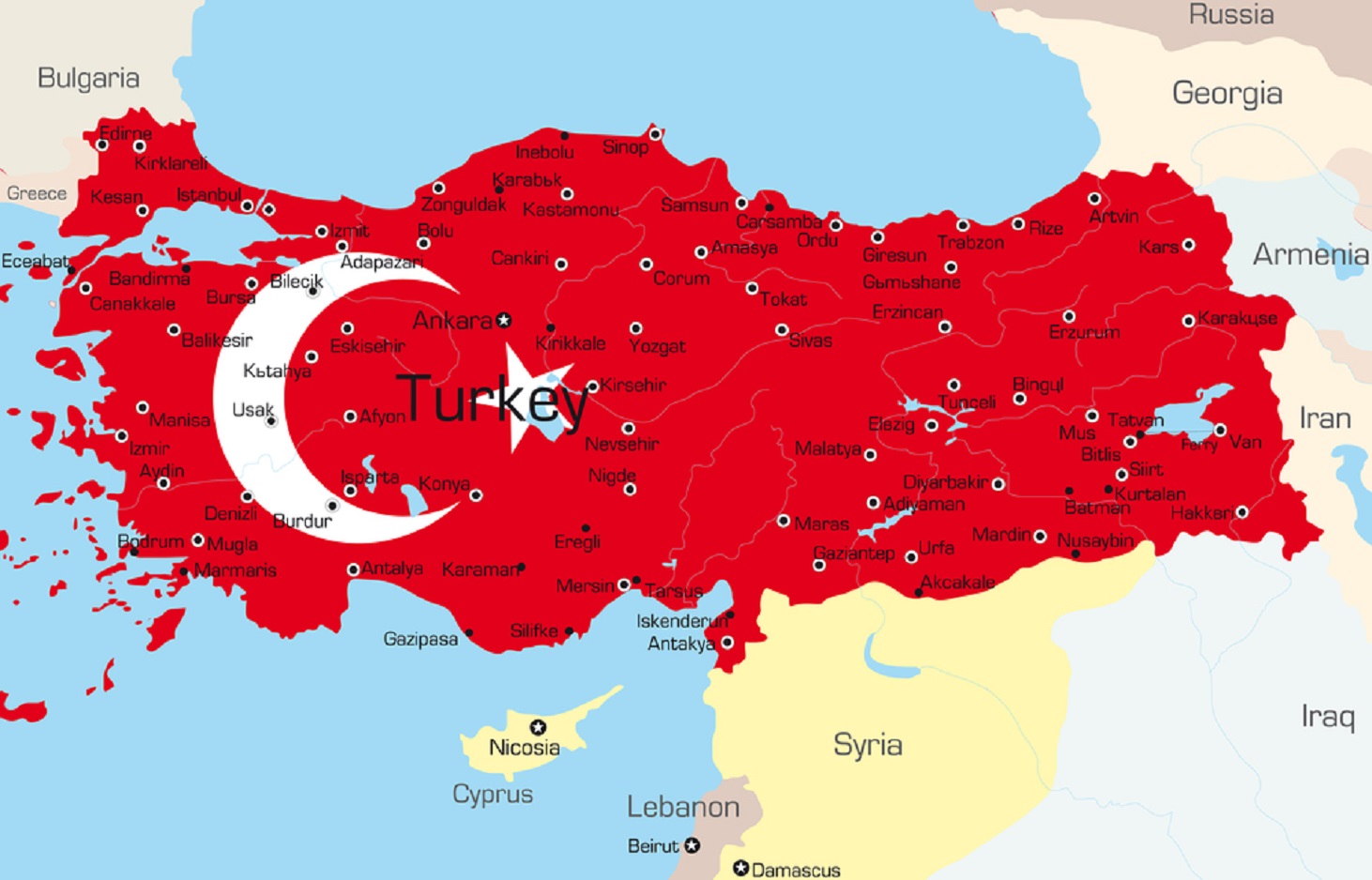 by Studies and Researches Unit no 3

Turkey is still doing its best to support the government of National Accord headed by Fayez al-Sarraj against the forces of Field Marshal Khalifa Haftar in Libya by providing the factions in Tripoli with Syrian fighters and by building an air bridge between Turkey and Misurata Airport, bearing logistical support. That allows Turkey to preserve its economic interests in Libya to fulfill its eastern Mediterranean energy ambitions.

Number of the Syrian mercenaries and their salaries in Libya

“On May 17, 2020, The Syrian Observatory announced that the number of Syrian mercenary militants, who were transported by Turkey to Libya, has risen to about (9000) persons divided into two parts; Syrians and mercenary fighters from (10) factions who were among the jihadi fighters in Syria. (3420) armed men receive training in Turkish camps in preparation for transferring them to Libya, in addition to (150) children who were trained in Turkish camps, where Ankara recruited them to fight in Libya. The total number of Syrian mercenaries in Libya is (4700).”

On February 21, 2020, Erdogan acknowledged the existence of mercenaries loyal to Ankara in Libya, along with Turkish training personnel. “Erdogan” Also noted on February 10, 2020, according to “DW” that “Terrorist organizations such as ISIS and Al Qaeda, which suffered a military defeat in Syria and Iraq, will find a fertile ground (in Libya) to get back on their feet”.

Turkey sent large militias bearing the name of “Sultan Murad”, which includes Turkmen militants, via Tripoli Airport on a Turkish military plane, which took off from Istanbul airport on January 26, 2020, for $ 2000 a month, and all have been promised Turkish nationality. Whoever dies, his family will be paid $ 500 for two years.

Methods of transporting mercenaries and weapons from Turkey to Libya

The port of Tripoli is the main supply base for Turkey, through which Turkey sends arms, drones, trucks, and soldiers to assist Al-Sarraj government against the Libyan National Army. The Syrian Observatory stated on June 8, 2020, according to “Sky News” that the Turkish intelligence is forming an ISIS faction to recruit Syrian mercenaries in favor of Ankara by force of arms. They consist of Iraqi fighters, whose mission is to carry out assassinations, bombings and booby-traps, in addition to chasing foreign ISIS militants, who are trying to flee to Turkish territory, leaving the fighting to the Turks in Syria and Libya.

A report issued by the Global Fatwa Index, affiliated to Egypt’s Dar al-Ifta, on 7 June 2020, revealed that Turkish President Recep Erdogan used people and entities in the West to smuggle weapons. For example, he used the Australian imam and preacher of Syrian origin, “Fida Al-Majzoub,” to smuggle weapons and fighters between Libya and Syria through Turkey, and to communicate with Al-Qaeda, as he is the link between Al-Qaeda and senior Turkish officials, according to “Al-Arabiya.net”.
United Nations sources confirm on February 9, 2020 that the Libyan “African” airline and “Wings” airline, owned by the Libyan “Abdul Hakim Belhadj”, who has been in Turkey for years, are transporting the mercenaries, and Turkey is using the “Mutaiga” airport, the only airport that operates in the Libyan capital. In order to transport mercenaries via unregistered flights.

Turkey prevents the European Union from checking its ships.. An air bridge between Turkey and Libya

On June 12, 2020, according to “France 24”, Turkey prevented a European naval mission from checking a suspect freighter off the Libyan coast. The Turkish warship was suspected of violating the United Nations arms embargo to Libya. Turkey should justify its position before the Security Council, according to European sources. Josep Borrell, European Union Commissioner for External Relations, confirmed that the accident was in international waters off the coast of Libya.

On June 11, 2020, according to “Russia Today”, the Turkish Air Force carried out drills above the Mediterranean Sea using E-7T airborne early warning and control aircraft. An air bridge consisting of 4 Turkish C-130 cargo planes was also implemented between Turkey and Misrata Airport, which carries logistical support.

Turkey’s objectives from involving in Libya

– First: Turkey’s desire to provide new energy resources to Ankara through Libya. As Turkey consumes huge amounts of energy annually at a value of (50) billion dollars per year. Turkey does not have sufficient resources, which prompted it to send ships to drill off Cyprus’s west coast for gas.
– Second: The Middle East region contains an enormous reserves of natural gas estimated  to more than 100 trillion cubic meters, so Ankara wishes to have the largest share of those natural resources.
– Third: Ankara’s desire, through its political and military involvement in Libya, to be close to Egypt by being on its western borders.
Fourth: President Erdogan is seeking to revive the new Ottoman Empire and to extend his influence over the Middle East and North Africa region.

Josep Borrell, European Union Commissioner for External Relations, said on April 23, 2020, according to Asharq Al-Awsat that the Turkish military operations in Libya affect the security of its neighbors, and this threatens European interests. In addition, giving Turkey nationality to the Syrian fighters will carry the Turkish passport; will facilitate obtaining a Schengen visa, so they can migrate to Europe.

A report, according to “Sky News” on January 26, 2020, revealed that Syrian mercenaries were sent by Turkey to Libya to fight alongside the militias of the Fayez al-Sarraj government, who fled to Europe and others were on the way there. The Libyan National Army reported that in just 48 hours, 41 Syrian terrorists had fled to Italy through ports in Libya. The Libyan army also stopped five persons near the city of Zawiya, who were trying to commit illegal immigration towards Italy.

There is consensus among experts and researchers that among the goals of the Turkish military incursion is to empower Muslim Brotherhood in Libya and the Maghreb, and to provide logistical and military support to the other militant groups in the region. Turkey also expanded its areas of control and influence in the eastern Mediterranean to provide new energy resources to Ankara.
In this regard, Fawzi Ammar, the Libyan expert, warned that bringing mercenary fighters and extremists in large numbers to Libya exacerbates the problem of illegal migration and the infiltration of terrorists into Europe across the coasts of southern Mediterranean countries. He added that the growing of violence and terrorism in the region will be a natural result of the Turkish military escalation and the diversion of the extremist base from Idlib in northern Syria to Tripoli the capital of Libya, according to “Al-Arabiya.net” on June 1, 2020.
Concerns about what Libya is witnessing, are not limited to the failure of diplomatic efforts and moving away from other steps from a political solution, but also to the scale of violence and bloody battles that Libya could witness.

According to Ali Ouheda, the Libyan journalist, there is some European consensus regarding Libya and the necessity of its stability. This consensus focuses on the security and the energy, as the EU countries in general are “interested in not leaving their southern neighborhood in chaos, because that would generate major security problems in the region, and would threaten the energy resources”.

Publishing rights reserved to   European for Counterterrorism and Intelligence Studies in Germany and Netherlands.