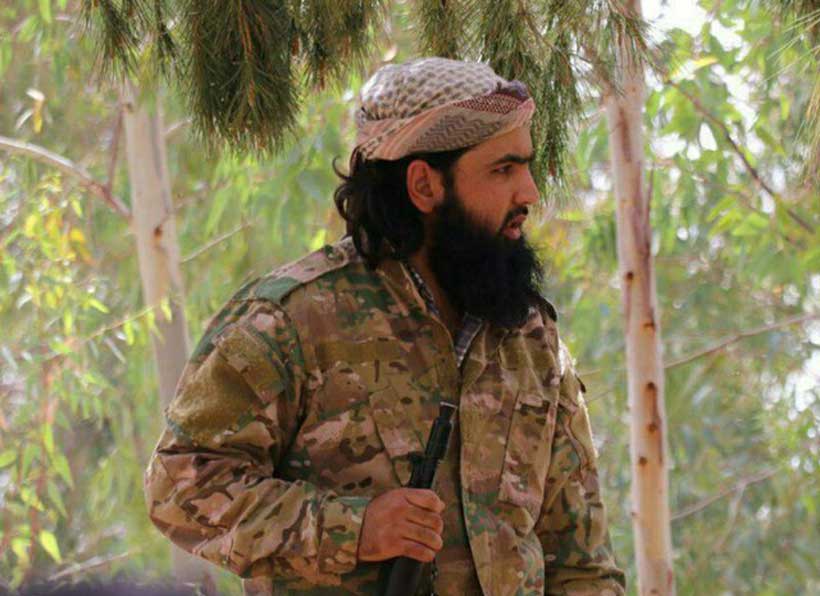 The territorial defeat of the Islamic State (ISIS/ISIL) offers hope for Iraq and Syria. And yet, many of the factors that contributed to this terrorist organisation’s escalation remain, worsened by ongoing devastation and destruction. Currently, the Islamic State is rebuilding momentum through the establishment of multiple provinces in Africa and recent attacks in northern Iraq and eastern Syria. Kidnappings and crop burnings are ongoing. Tensions between Iraqi, American and Iranian forces have also directly impacted joint operations and rebuilding efforts, leaving civilians vulnerable to the (re)encroachment of violent non-state actors. Additionally, the threat of improvised explosive devices (IEDs) will affect the region for decades. The Islamic State’s extensive use of anti-personnel landmines and IEDs sets a precedent, demonstrating that explosive decontamination needs to be considered as an active component of counter-terrorism.

LANDMINES, IEDS AND THE ISLAMIC STATE

In terms of explosives, areas of Iraq and Syria are among the most densely contaminated in the world. The extensive emplacement of IEDs by the Islamic State decimated the agricultural heartland of Iraq. In Syria, Raqqa was so heavily contaminated that it essentially turned into a ‘death trap’ for returning civilians. Applying conventional defensive tactics, the Islamic State used a large number of IEDs to target vehicles and fortify its territory. When it was driven from its occupied zones, it shifted into targeting civilians on an unprecedented scale.

Highlighting survivor testimony, we recently published an assessment of the unparalleled breadth and depth of landmines and IED usage by the Islamic State. We find that explosives were strategic to the Islamic State project, ensuring multigeneration devastation to a vulnerable civilian populace challenged with post-conflict recovery. Examining an overview of IED emplacement indicates that explosives uniquely targeted community infrastructure and houses, amplifying the effects of displacement. We argue that this use of explosives goes beyond conventional warfare, perversely permeating the zones of everyday civilian life.

From a corpus of investigative reports, witness statements and decontamination briefs, we have graphically represented the recorded locations of Islamic State produced IED and landmine detonations from 2014-2019. This figure illustrates how contamination covers outdoor areas, buildings and residences.

IEDs and landmines were found encircling mass graves that implicate Islamic State members in crimes against humanity. They were hidden in ‘high use’ land areas, such as fields and highways. They were disguised in community buildings, such as hospitals and schools, killing children as they played in unlocked primary school classrooms. IEDs were found in gardens, hen coops and outdoor living spaces. A footpath leading from a village to a local swimming pool, for instance, became a death walk, killing four teenage cousins and leaving one survivor with life altering injuries. The most abhorrent emplacement, however, was inside the everyday living spaces of the home. Explosives were found in every room of the house, rendering banal objects as suspicious and dangerous.

Islamic State militants spent a considerable amount of time and resources rigging household furniture, fixtures and appliances. Windows and doorways killed people as they returned home upon hearing news of the Islamic State’s defeat. Floor tiles hid IEDs, exploding as homeowners walked from room to room. Kitchens, often the most well-used area of the home, had several layers of explosives. IEDs were found inside sinks, attached to water taps, in and under bags of food. They were inside fire extinguishers and flashlights. They were rigged tightly to furniture, mattresses, rugs and decorations that exploded as residents used objects or moved them from one room to another. This Salafi-jihadist group even used a Qur’an as a trigger, with victims reporting an IED was hidden under the holy book. Explosives were also found tied to children’s toys, such as teddy bears.

FACTORS THAT AFFECT THE SCALE OF IED PRODUCTION AND EMPLACEMENT

We find that three main factors are involved in this semi-industrial production and emplacement. Firstly, access to raw materials allowed for a drastic increase in the number of IEDs, which were exponentially more potent than previous iterations and conventional landmines. Border cities became access points as materials were purchased in bulk from domestic Turkish agricultural and industrial markets. Reports also indicate that third party buyers were involved in sourcing detonator cords from Indian companies and chemicals traced back to China, Romania and Brazil. The resulting increase in potency maximised the loss of life, overwhelming existing emergency medical services. In Manbij, for example, civilian casualties from IED detonations led to a lack of registration and a loss of records in late 2016.

Secondly, skilled militants and access to machinery contributed to a ‘factory-level’ complexity standardised across many of the IED designs. The seizure of oil fields provided the perfect place for sourcing tools, like high-powered saws and injection-moulding machines. While we do not yet know the particulars of the individuals who worked on these explosives, insurgents in the region have had considerable experience developing IEDs. In the years following the US-led invasion of Iraq, insurgent groups solicited IED services from freelance militants. Such ‘veteran jihadists’ acted as local network builders, capable of teaching and developing more sophisticated IED designs. This resulted in the standardised use of sealants, long-lasting batteries, and anti-lift switches that require additional time and resources for removal and decontamination.

Finally, having considerable control over the transport links to agricultural fields and urban spaces afforded the breadth and depth of emplacement on a scale inconceivable to governing actors and the civilian populace. As a result of coordinated control over territory and resources, IEDs were mobilised as tools of terror that will have a lasting impact on post-conflict recovery. The city of Mosul alone is expected to take eight years to fully decontaminate.

Unfortunately, our findings are sourced from a conservative estimate. The full extent of the IED emplacement has yet to be determined. But as Paul Helsop, the Chief of Programs for the United Nations Mine Action Service, highlights ‘this is the first time we’ve come across this type of device being used on this scale in an urban environment’. This extensive use of landmines and IEDs has terrorized returning civilians, hindered investigations into war crimes, and impeded rebuilding efforts. It demonstrates that IEDs and landmines will continue to be used as powerful weapons for asymmetrical warfare.

IEDs and landmines will be increasingly used as tools of terror by violent non-state actors. As Peter Singer observed in 2012, a challenge exists in the balance-of-cost ratio. Decontamination involves ‘throwing billions of dollars to fight a technology that costs the other side tens of dollars’. It requires more than the states of Iraq and Syria can support. It demands considerable international post-conflict coordination and funding. If we can’t keep up with the past, how can we possibly prepare for the decontamination challenges that the future holds ?