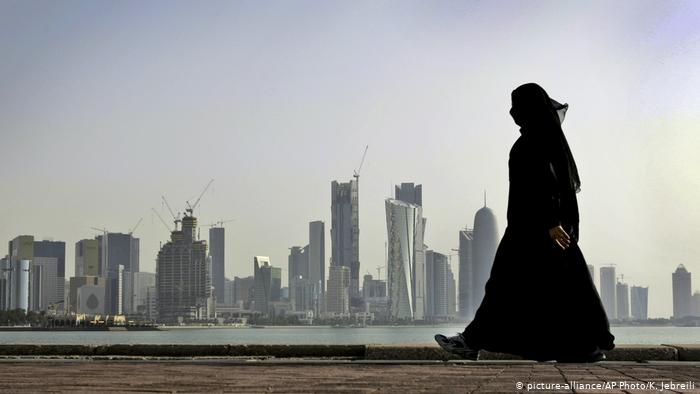 A 2017 textbook quoted the Protocols of the Elders of Zion – a long debunked antisemitic conspiracy theory.

Qatar’s children are being taught to hate Jews and Israel, to identify with the Palestinian cause and to engage in violent jihad, a new review of the Qatari curriculum has found.

The Institute for Monitoring Peace and Cultural Tolerance in School Education (IMPACT-se) examined 238 textbooks published within the calendar years 2016–20, used to teach grades 1-12, for its interim report: Understanding Qatari Ambition. The report, which found that Qatari education does not meet international standards, unveiled texts teaching children that Jews are evil and immoral, that they have manipulated world events including the First World War to their advantage, and that Zionism aims at achieving Jewish global dominance.

“World War I helped the Zionist movement to enroll all the [warring] parties to its side, and offered promises in return for the support of Jewish Capitalism to this or that party. The movement worked in all directions to achieve its goals, whoever might win the war,” the text in a 2017 Grade 12 social studies textbook read.

An 11th grade social studies book from the same year taught: “Britain underwent a financial crisis during World War I, so the Jews exploited the situation, especially since they almost controlled the global economy, and through this they could stir the countries’ policies according to their own interests.”

The antisemitism on display draws on a range of influences, from antisemitic tropes found within classical Islam, to modern-era European antisemitism. Thus, a 2017 textbook quoted the Protocols of the Elders of Zion – a long debunked antisemitic conspiracy theory – as fact; the text reads: “It says in the Protocols of the Elders of Zion: We must win the woman, in the day she reaches out to us, and we won the case. Therefore, the Jews succeeded in directing Western public opinion, when they took hold of the [Muslim] women through media and through money.”

The report noted that later textbooks had removed references to the Protocols, however, the mentality behind the antisemitic trope was still in evidence in 2019, in texts that claimed the Balfour Declaration was designed to benefit the Jews at the expense of other nations such as Russia and Germany.

Global dominance was not the only antisemitic trope deployed. In a chapter about Jesus’ life, Jews are portrayed as sinners who practice polytheism, ignored his preaching, and conspired to kill him. Jews are also accused of deliberately destroying both Muslim and Christian holy sites within Jerusalem to disconnect the city from Islam and Christianity. However, Christians are also criticized, depicted as infidels and polytheists who will go to hell.

In addition to teaching hatred of Jews, the curriculum actively promotes martyrdom and jihad. In line with textbooks seen in the Palestinian Authority’s curriculum, Qatari boys are taught that Allah loves Jihadi fighters who die for his sake, while the girls are encouraged to do their part for their nation by having children and serving their husbands.

The textbooks teach a mixed Salafi-Muslim Brotherhood version of Islam, although there was some movement away from this over the time-span looked at. Nonetheless, jihad is still considered the duty of men.

“Allah said: ‘Indeed, Allah has purchased from the believers their lives and their properties [in exchange] for which they will have Paradise’,” 10th graders were taught in Islamic Education in 2018.

A 7th grade book from the following year encouraged children to consider how well they have measured up to the example set by Mohammed, in a question asking: To what degree do I implement the moral skills and values that appeared in the field of Prophetic biography?” Children were asked to state whether they “follow the example of the Messenger of Allah in his steadfastness and Jihad,” and their willingness to “defend the truth [i.e., Islam] with all the power I have” either always, sometimes or rarely.

There are some nods toward modernism. Science and English textbooks include women in modern settings, however girls are taught that they must be brave, while serving the home and nation. “Good” women are those who please their husbands, have many children, and encourage their children to engage in jihad.

Qatar is currently attempting to straddle the divide between an identity as an Islamic nation and forging links with the West. Consequently, while the curriculum is tightly linked to cultural and scientific interaction with the world, Qatar’s involvement in world affairs includes a commitment to spreading political Islam globally. Democracy and political participation are praised, however, the Ottoman Empire is fondly described as the “Islamic State.”

Qatar’s international positioning is also evidenced: The US, Britain, Turkey, Iran, China and Oman are considered friendly actors, although China comes in for criticism over its treatment of its Muslim minority.

“There is much to be concerned about in the Qatari curriculum. For years, leaders have allowed their children to be exposed to one of the most radical Jihadi curriculums in the world,” Sheff said. “Qataris are proud of their education system, which is heavily influenced by western educators. But the hate renders it unfit for the modern world. The Qataris have pumped over $1 billion into elite US universities since 2011. They might want to put some of that money into deradicalizing their own curriculum.”