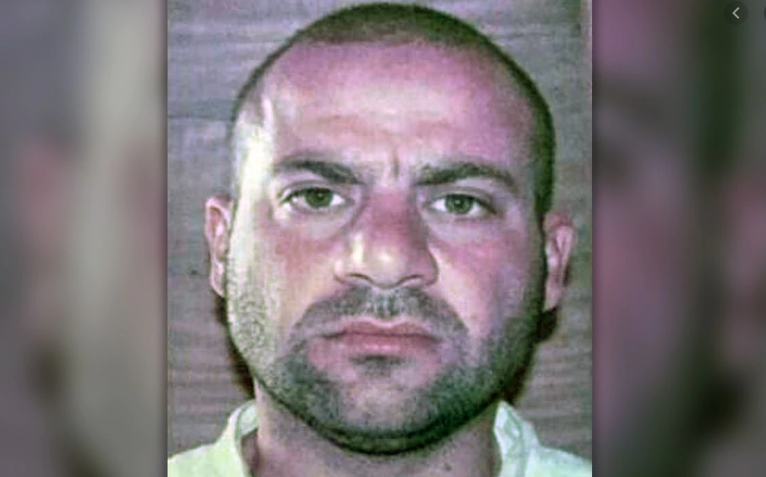 Al Arabiya –  When ISIS’ new leader replaced Abu Bakr al-Baghdadi in October 2019, few knew anything about him. Despite becoming one of the world’s most influential terrorists, the only clues about his life came from a single eight-minute audio recording announcing his appointment. Now, nearly a year later, new details uncover the some of the mystery surrounding the man ISIS calls Abu Ibrahim al-Hashimi al-Qurayshi.

The man set to take over after the assassination of ISIS founder Abu Bakr al-Baghdadi was named as al-Qurayshi, meaning he was a descendant of the Prophet Muhammad who was of the Quraysh tribe. In the audio recording al-Qurayshi promised to avenge the killing of his successor.

One prominent scholar wrote on Twitter at the time: “Nobody – and I mean nobody outside a likely very small circle within ISIS – have any idea who their new leader ‘Abu Ibrahim al-Hashimi al-Qurashi’ is.” In March, the US State Department announced publicly that al-Qurayshi in a nom de guerre for Amir Muhammad Sa’id Abdal-Rahman al-Mawla.

New documents shed light on al-Mawla’s educational background and his rise to ISIS leader. They reveal al-Mawla joined ISIS’ predecessor organization, Islamic State in Iraq (ISI), in 2007 and quickly rose through its ranks during a period of conflict as American and Iraqi security forces sought to stop ISI from expanding.

Their efforts were in vain.

ISI merged forces in Iraq and Syria in 2013 to become the Islamic State in Iraq and the Levant, or ISIS, and by 2014 the organization declared it had established a caliphate, or an Islamic state. The recently published documents – Tactical Interrogation Reports (TIRs) – are records of what al-Mawla told American forces during his time in US custody beginning in January 2008.

Al-Mawla told interrogators he crossed paths with other senior ISI members, that he served as a private in the Iraqi Army, and completed a master’s degree in Islamic Studies from Mosul University in January 2007 that eventually led him to secure a position teaching classes on Islamic law to ISI members.

He said he was eventually appointed general sharia leader for Mosul in July 2007, ensuring ISIS’ strict interpretation of Islam was enforced in the city. Just three months later, he was be appointed deputy leader of Mosul; though he was demoted a month later. Other reports connect him to the genocide of the Yazidis, an ethnic and religious minority group, in Iraq in 2014.

But there is still much that is unknown, including what al-Mawla was up to between being discharged from the army in 2002 and joining ISI in 2007. Only three out of over 66 TIRs were declassified, and researchers hope that further rounds of document releases will help paint a more complete picture of one of the world’s most notorious terrorists.

During interrogations with Americans, al-Mawla – the man who would come to lead ISIS 12 years later – gave up at least 88 members and affiliates of the global terror network, leading one expert to question whether al-Mawla’s loyalties lie to ISIS or to himself.

“If you look at the details that are provided here, and the level of individuals against which those details are provided, it becomes hard to look the other way and say he was still being loyal to the organization,” said Dr. Daniel Milton, the director of research at West Point’s Combating Terrorism Center that received the TIRs for study.

While in custody, al-Mawla shared details about ISIS member Abu Qaswara before he was killed in October 2008.

Abu Qaswara held one of the most powerful military positions in ISIS, and while it is impossible to definitively say whether information al-Mawla provided led to the death of Abu Qaswara, Milton said “it’s a distinct possibility given his position in the organization that he certainly had valuable information about Qaswara and others as well.”

“How this information is leveraged, for example by the global coalition against Daesh [ISIS], is important because if Mawla sits at the top of the Islamic State organization, then what the documents potentially reveal is that the Islamic State has a rat problem,” Haroro Ingram, a senior research fellow at the Program on Extremism at George Washington University, said in a discussion about the documents published by the CTC.

In earlier interrogations, the current ISIS leader al-Mawla tried to distance himself from the organization, claiming he was a Sufi, which one expert notes at the time would have been a “death sentence” given the group’s belief that Sufis were heretics. In a discussion of the reports, Cole Bunzel, a fellow at Stanford University’s Hoover Institution, said that al-Mawla’s claim “seems like nonsense.”

Other points of debate about al-Mawla’s identity arise from his birthplace of Al-Muhalabiyyah, Iraq, which is 90 percent Turkmen and 10 percent Arab, casting doubt on his ethnicity. Previous reporting from AFP had said he was Turkmen. However, these doubts about al-Mawla’s ethnicity are unfounded, according to journalist Jenan Moussa, who concluded he is an Arab.

His ethnicity was a central question as his legitimacy as leader of the organization’s caliphate could come into question if he were not Arab. Even if there was doubt on his ethnicity, religion, or whether or not he descended from the prophet, there’s “a lot of genealogical wizardry that goes on in these groups,” Bunzel noted.

“At the end of the day, the identity of their leader is a constructed identity, and is one that can be filled in through various myths and legends and truths and falsehoods,” Milton told Al Arabiya English.

Rise through the ranks

Al-Mawla is shrouded in contradiction. And the contradicting narratives he sets forth could indicate that he is more calculated than he may appear. Previous reporting had suggested that al-Mawla and al-Baghdadi crossed paths in the notorious Camp Bucca detention center in Iraq that has proven to be an incubator for extremists, but the new documents cast doubt on that narrative.

After all, how did an unknown university graduate turned sharia teacher come to lead ISIS?

After earning his master’s in Islamic studies, al-Mawla was approached to join ISI to teach sharia classes. As he rapidly ascended through the ranks, he took on additional rolls, mediating disputes with other militant groups, nominating judges, overseeing ISI media fliers, and issuing binding legal rulings regarding “Islamic law” in a number of cases, according to the report.

In one case he ordered a person to be whipped for swearing; in others he ordered ransoms be paid to release hostages. However, he seems to distance himself from the implementation of execution as a punishment, the report said.

“Regardless of his actual level of involvement, al-Mawla clearly occupied a leadership role within an organization that carried out a large number of operations in Mosul, many of which likely harmed the very people he claimed in an earlier session he had joined the group to protect,” it continued. \Other reporting has highlighted al-Mawla’s brutality.

Much remains unknown, but indirectly, Milton said the files provide hints about what other ISIS members saw in al-Mawla as a potential leader. “If you buy his story in these documents about his rise in the organization, it was both quick and it was filled with interactions with important people,” he said.

“Now directly, we can’t necessarily understand why that was the case, but indirectly it speaks to what people saw in him as a leader, as someone who could rally people to a cause, or to at least get people on board in a negotiation. And I think that’s helpful from a leadership perspective.”  Milton added that al-Mawla is no stranger to adversity, arguably a necessary trait for the leader of a clandestine organization.

In March 2019, US President Donald Trump declared ISIS defeated, but added: “We will remain vigilant against [ISIS].” With al-Mawla at the helm, ISIS is anything but defeated. In June, research institute Wilson Center published a report titled “ISIS Offensive Exploits Pandemic.”

“In April 2020, the Islamic State launched new offensives in Iraq and Syria as the coronavirus pandemic distracted the US-led coalition and local security forces,” the opening line of the report by Andrew Hanna said. The attacks were the “deadliest and most-sophisticated attacks” since March 2019.

When asked what the al-Mawla documents say about his leadership style or goals for the organization, Milton was hesitant to comment, but the rising attacks, at least in Iraq, seem to be an indication that the new leader is not hiding in the shadows. While these documents fill in some of the important gaps about the life of one of the world’s deadliest terrorist leaders, there is still a lot more to learn.