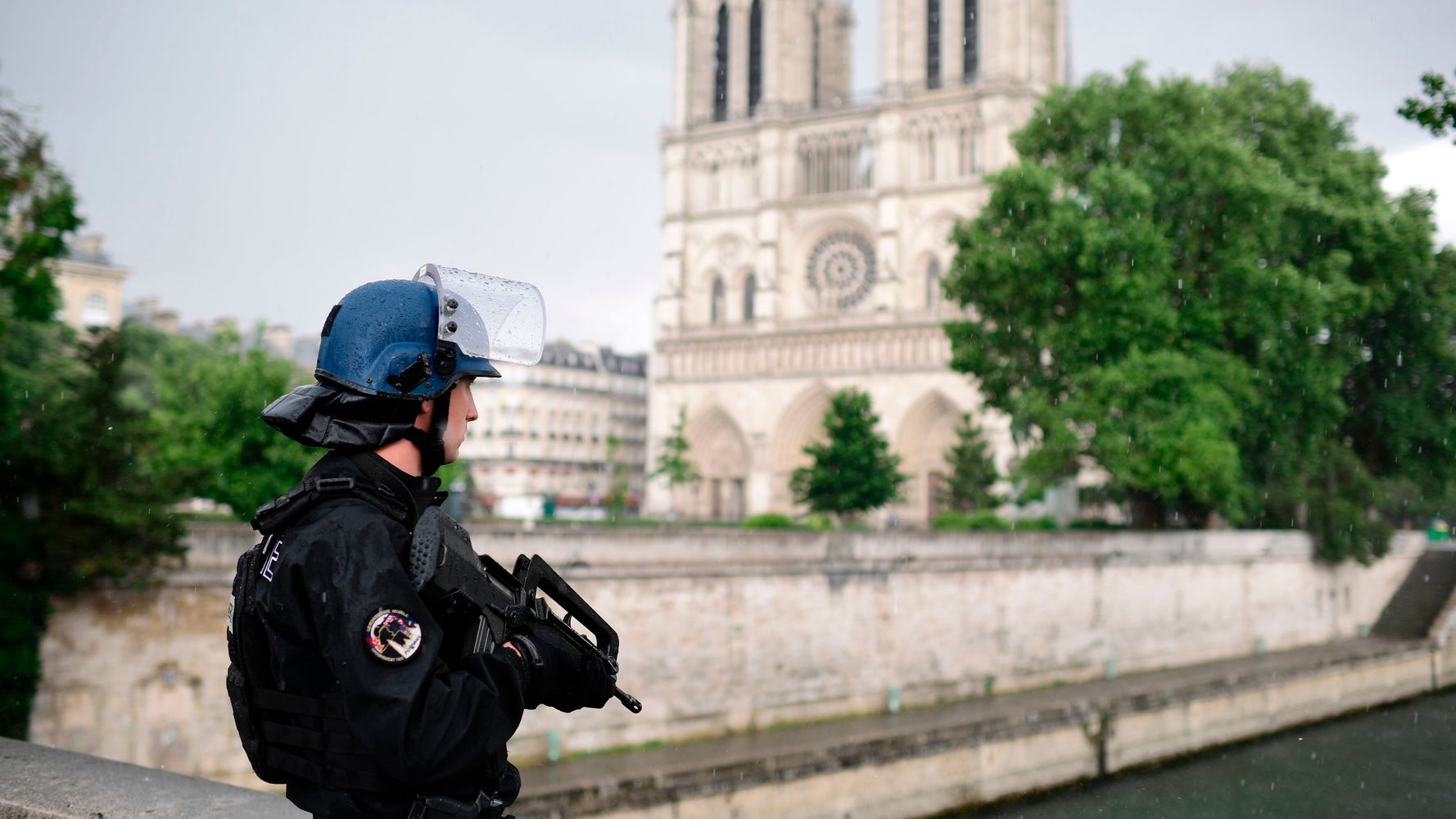 DW- Upcoming legislation crafted to “protect” the Republic and French values promises to be deeply divisive, with French Muslims fearing it will unfairly single them out. Some also see political calculus behind the effort.

Macron’s discourse was a curtain-raiser of sorts for an upcoming draft bill against “separatist” threats, which officials say also include groups like white supremacists. But with many observers considering it clearly aimed at Islamist extremism, the legislation has already sparked sharp controversy well before its rollout later this year.

While some welcome the government’s so-called anti-separatisms drive as long overdue, leaders of France’s roughly six-million-strong Muslim community —western Europe’s largest — fear it may unfairly single them out.

“We’re near the end of Macron’s first term,” said Jawad Bachare, director of the Collective Against Islamophobia in France, which has sometimes been accused of having links to the Muslim Brotherhood. “And with each election there are the same questions about Muslims, and the financing of Muslim places of worship.”

Macron’s address on Friday was closely followed, coming just days after two people were stabbed in front of Charlie Hebdo newspaper’s former headquarters — and as a trial unfolds over the 2015 terrorist attacks against the satirical French weekly and a kosher supermarket.

He announced the draft legislation would be introduced in December and described it as a was to preserve France’s secular state by keeping religion — including displays of religiosity — outside of education and the public sector. “Secularism is the cement of a united France,” Macron said.

Among other areas, the bill is expected to further crack down on foreign financing of mosques and private religious schools, bar foreign imams, increase surveillance of associations and individuals suspected of “separatism” — including in the public sector and in sports — and ban efforts threatening gender equality, including pre-marriage “virginity certificates” for Muslim women.

“There is no incompatibility between being Muslim and being a (French) citizen,” Interior Minister Gerald Darmanin, the grandson of a Muslim immigrant, told French radio recently.

Rather, he said, the legislation aims to attack the “enemies of France” — terrorist but also political groups threatening “the French model of free expression, our way of living, the way we teach our children.” Macron, too, has called for protecting the nation against separatist forces. In a nod to Charlie Hebdo, he defended “the right to commit blasphemy.”

“There will never be any place in France for those who try to impose their own law,” the president said, “often in the name of a God, sometimes with the help of foreign powers.”

Successive presidents have tried to put a French stamp on Islam, ensuring the country’s large and diverse Muslim community is in line with its staunchly secular values. Macron is no exception, but has yet to translate promises to create an “Islam de France” into reality. The upcoming legislation may be a first step in that direction.

An Odoxa-Dentsu poll this month suggests many French back such an effort. More than three-quarters of respondents supported anti-separatism legislation, even though nearly half worried it might deepen divisions within the country.

Powering the government’s arguments is another recent survey — an IFOP poll finding some 74% of Muslims under 25 claiming to put their faith ahead of the French Republic.

“Let’s not be naive,” former Socialist Prime Minister Manuel Valls told a French newspaper recently, singling out two particularly conservative Islamic groups. “The real subject is the battle against political Islam of the Muslim Brotherhood and the Salafists.”

“President Macron understood that he must reinforce the law and the system,” del Valle said, “because until now we were not able to face this strange separatism, this strange totalitarianism that was always hidden through religion.”

“Nobody is banning Muslims from going to the mosque,” he added. “We just want to ban their totalitarian, separatist and supremacist project.”

Not surprisingly, a number of Muslim leaders see things differently. The upcoming legislation, they argue, risks further stigmatizing the vast majority of French Muslims who practice their faith peacefully.

“This concept of separatism bothers me a lot,” Lyon Mosque Rector Kamel Kabtane told Le Figaro newspaper. “Because what separates? Not the Muslims, they just want to integrate.”

Not right to stigmatize Muslims

This is hardly the first time Islamic practices have rubbed against France’s staunchly secular values. Previous measures banning face-covering niqabs, headscarves in schools and burkinis on beaches, for example, have provoked claims of intolerance and discrimination.

In an unmarked building down a narrow alley outside Paris — aimed to keep the association’s whereabouts discreet — Bachare of the anti-Islamophobia collective points to a steady uptick in anti-Muslim acts in recent years, particularly since the 2015 Paris terror attacks. They reached nearly 800 in 2019, according to his association’s statistics, a 77% increase in two years.

He points to a recent example of lawmakers walking out of France’s National Assembly during the audition of a hijab-wearing student leader — although her body veil was legal. “Islamophobia has become banal right now,” Bachare said, “to the point of becoming normal.”