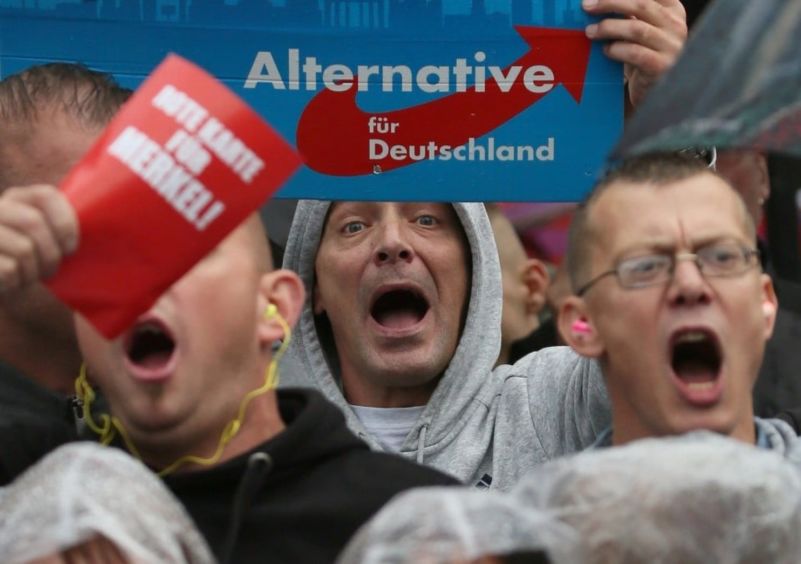 DW – A survey has seen the AfD in eastern Germany — the party’s longtime stronghold — drop from first to third position in just a year. Is this a sign of things to come for the far-right?

German media were abuzz this week after the latest poll by the Kantar research institute suggested that in just a year, the far-right populist AfD had dropped from first to third position in eastern Germany — the party’s longtime stronghold. Compared to October 2019, support for the AfD in eastern states had fallen from 24% to 18%, putting it behind Angela Merkel’s conservative Christian Democratic Union (CDU) and the Left party.

There are several reasons for this development, says Funke. Firstly, he says several high profile violent events in 2019 changed the political discourse.

“Since then, there has been a broad discussion across Germany’s about a connection between agitation by the AfD and other far-right activists and racist violence, anti-Semitic violence,” Funke says.

Another major factor in the AfD’s loss in support is party infighting which has played out publicly in recent months in a spate of scandals that have highlighted the far-right extremist streak running through the party.

Over the six years of the party’s existence, the AfD has become all too familiar with scandals surrounding Holocaust deniers and far-right extremists. More recently, in May, Andreas Kalbitz, former AfD state leader in the eastern state of Brandenburg, was expelled from the party for his past connections with a neo-Nazi youth movement. Just last month, former party spokesperson Christian Lüth was firedafter reportedly saying migrants could be “shot or gassed.”