MI5 ـ Right-wing extremism is a major threat in UK 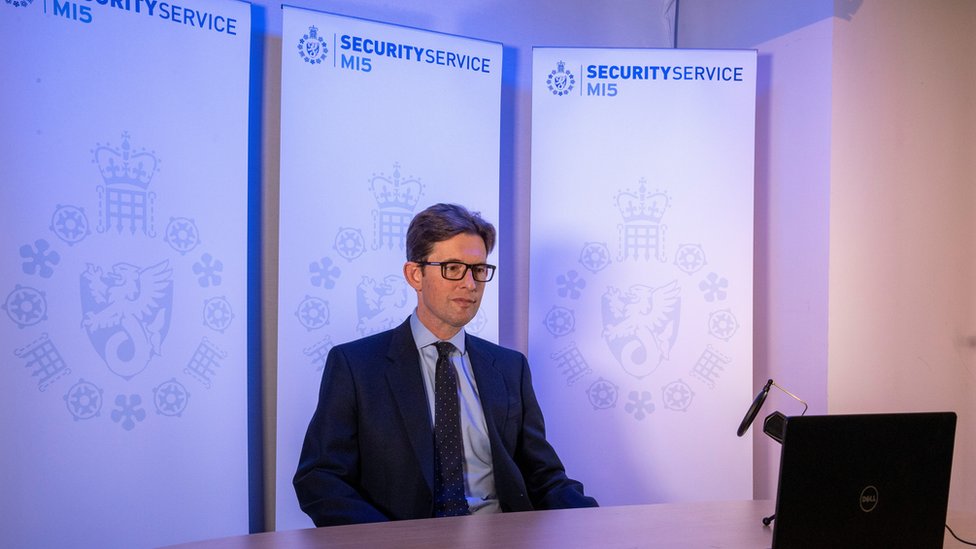 Violent right-wing extremism is a ‘major threat’ in the UK, MI5 boss says

Independent ـ The head of MI5 has warned that violent right-wing extremism is now a major threat facing the country, with more than a quarter of serious terrorist attacks stopped in the final stages linked to neo-fascist and racist groups.The danger is likely to continue in the near future, he warned, with worrying numbers of young people attracted to the ideology and increasing evidence of international links between the groups including with those in the US – a country which has seen an alarming rise in political strife in the run up to the presidential election.

Ken McCallum was giving his first public assessment of the threats facing the UK, from terrorist groups and hostile states, after taking over as the director general of the security service in April this year.Speaking to a group of journalists, Mr McCallum said that MI5 was engaged along with other British intelligence agencies in protecting research being carried out into the coronavirus. He pointed to broader illicit activities such as cyber attacks by countries such as Russia, China and Iran and said that Beijing had sought to steal commercial and intellectual property as well as influence politics here.

The UK, said the director general, had helped to disrupt a Chinese espionage plot against the European Union.The Independent understands that there were two recent cases in which British intelligence aided European counterparts. One was an investigation into claims that the Chinese were using the Maltese embassy in Brussels to intercept communications in European Union institutions, while the other was the case of a British businessman Fraser Cameron, a former MI6 officer, who allegedly sold sensitive information to Beijing. Mr Cameron denies the allegation.

Turning to the threat to life being faced in the country, Mr McCallum said eight out of 27 terrorist plots stopped in this country as they approached fruition in the last three years were by hard-right extremists.  That threat was now only second only to Islamist terrorism, and the trend was likely to continue, he said.

Mr McCallum disclosed he had been liaising with FBI director Christopher Wray as well as allied European security chiefs, about the rise of violent hard-right activity, and measures being taken to counter it.Neo-fascist terrorism was now of more immediate concern on Germany than Islamist attacks, said Mr McCallum. There has also been vicious strife in the US against a background of an aggressive and toxic political scene as Donald Trump fights to stay in the White House in next month’s election.

Far-right activists have been charged with killings of anti-racist protestors and wider terrorist plots in America. In the most highly publicised case so far, the FBI charged 13 people with plotting to kidnap the governor of Michigan, Gretchen Whitmer. The same group, say prosecutors, also discussed abducting Virginia governor, Ralph Northam.

Extremists in the UK may not be in touch with their American counterparts in a “structured, organised way … but they are in contact because a lot of this poison is being spread online”, said the director general. “People draw inspiration, and share links and use online to chat. We see connections to the US and UK and also to the US and Europe.”

“We see quite a lot of growth of these threats, including in particular, quite a few young people being attracted to this ideology, which does tend to suggest that this threat will be with us for some years to come, and so we will continue to see this evolve in the years to come … lots of online, young people involved and quite a lot of bitty, but meaningful, international connectivity.”

Speaking of the situation in the UK, the director general stated: “We operate entirely the same system as on Islamist extremist terrorism, with cases pursued by the same counterterrorist professionals within the same part of the MI5/police machine, operating to the same thresholds, prioritised on the basis of threat and risk rather than ideology.”If you look at either right-wing extremism or Islamist extremism, it’s not a coherent ideology that really stands up much to scrutiny. But people are nevertheless, sadly, attracted to that seeming certainty that they may seek to provide.”

On other challenges facing his service,  Mr McCallum said that MI5 was engaged along with other British intelligence agencies in protecting research being carried out into the coronavirus.He said: “Clearly, the global prize of having a first useable vaccine against this deadly virus is a large one, so we would expect that a range of other parties around the globe would be quite interested in that research.“I guess there are two bits we are on the lookout for: attempts either to steal unique intellectual property that’s been generated in that research, or potentially to fiddle with the data. And then the second risk we’ve got to be alive to is the possibility that the research is still high integrity and sound, but that somebody tries to sow doubt about its integrity.”

Addressing criticism from  the Commons Intelligence and Security Committee that MI5 had not done enough to counter Russian interference with the UK’s democracy or the Brexit referendum, Mr McCallum held “we did not see, any of us” any evidence of hack-and-leak activity during the EU referendum and “nothing of great significance” emerged from investigations into claims of covert attempts to influence key political figures.

He continued: “There is a comparatively thin evidence base that some of that appears to have taken place around the EU referendum … but it does not appear to be on anything like the same scale to what happened in some other situations we could all name [the US elections]. We did respond to the leads that came our way. We don’t investigate on hunches, we have to pursue real leads, to real activity.”