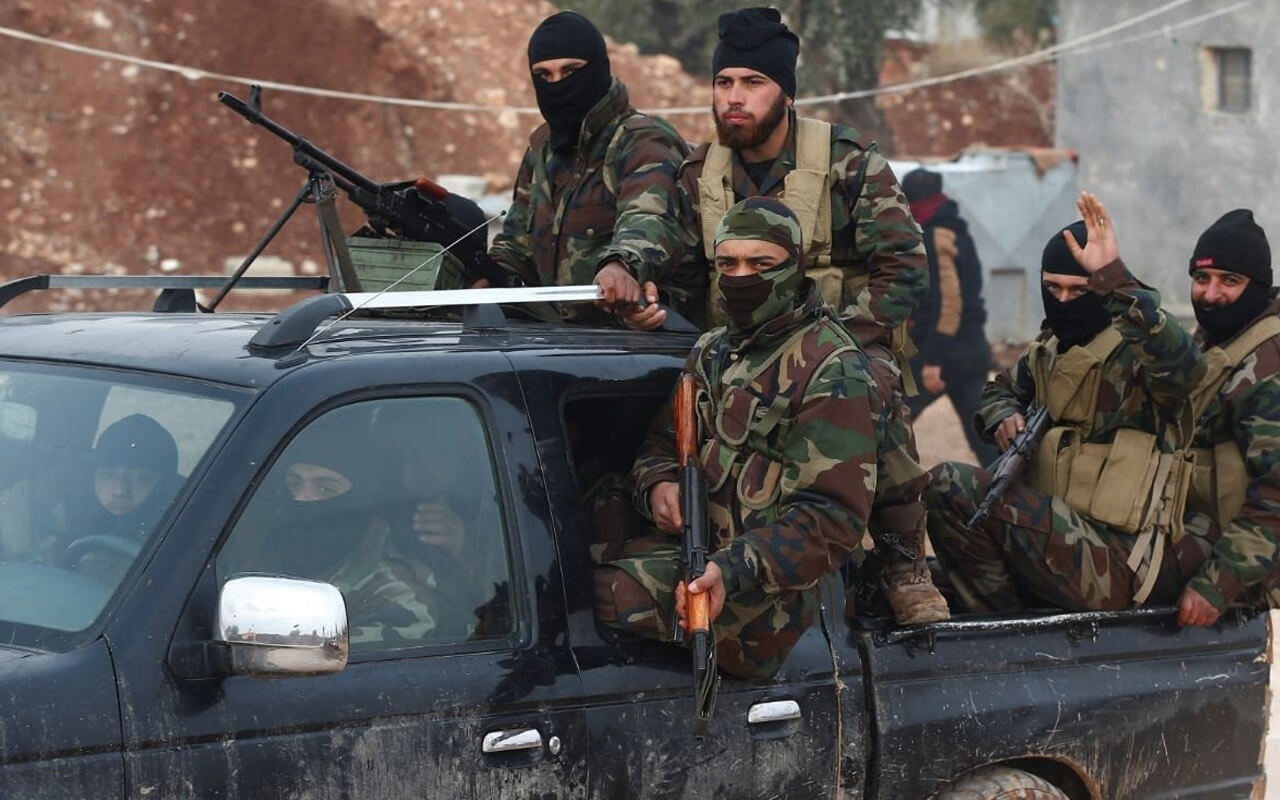 Alarabiya ـ Turkey has started training 120 Libyan fighters to help its ally in Libya while continuing to deny reports it is sending Syrian troops to battle Armenia.Under Turkish President Recep Tayyip Erdogan, Ankara has been accused of pursuing an aggressive foreign policy in several neighboring countries, including by using its position in Syria to channel Syrian fighters to both Libya and the Caucuses.This week Ankara appeared to publicize its involvement in Libya, while continuing to deny any military role against Armenia.

Turkey’s Ministry of National Defense posted photos on Monday and Wednesday of Turkish armed forces training 120 Libyan fighters of the Government of National Accord (GNA), which is competing for power against the rival Libyan National Army (LNA).The training is part of a memorandum of understanding (MoU) on military collaboration signed by Ankara and the GNA last year, which was paired with another MoU that controversially awarded Turkey vast swathes of the gas-rich eastern Mediterranean Sea for gas exploration.Turkey has since actively intervened in the war in Libya, helping the GNA survive the siege of Tripoli and take territory, including by allegedly sending Syrian militants to fight alongside the GNA.

The training of Libyan cadets shows the “extent of military cooperation between Ankara and Tripoli,” at a time when internal rifts have weakened the position of GNA Prime Minister Fayez al-Sarraj, according to expert Umberto Profazio.“Widespread protests in Tripoli and the disputes about the agreement that allowed for oil production to resume highlighted an internal rift in the GNA…and raising doubts about Ankara’s real hold on western Libyan authorities,” Profazio, an analyst at the NATO Foundation, told Al Arabiya English.Profazio added that the training of Libyan navy personnel by Turkish instructors also began this week.

While Ankara publicizes its military involvement in Libya, it continues to deny its alleged military involvement in the ongoing conflict between Armenia and Azerbaijan.On Wednesday Turkish President Recep Tayyip Erdogan rejected accusations that pro-Turkey Syrians were fighting alongside Azerbaijani troops in Nagorno-Karabakh, the ethnic Armenian province that is internationally recognized as part of Azerbaijan.

Turkey has publicly expressed support for Azerbaijan in the recent flare-up of a decades-long conflict with Armenia over the area. But Ankara is going beyond moral support, according to world leaders including French President Emmanuel Macron, who said there is clear evidence Syrian extremist fighters are being sent through Turkey to fight against Armenia in Nagorno-Karabakh.Britain-based war monitor the Syrian Observatory for Human Rights reported last week that at least 64 pro-Turkey Syrian fighters have been killed in the clashes.

Turkey’s denial of the use of foreign mercenaries is part of “hybrid warfare,” according to Profazio, in which world powers use proxies to covertly fight in different theaters.“Turkey has reportedly enrolled and deployed Syrian fighters coming from the same armed groups both in Libya and Nagorno-Karabakh, with reports referring to the Sultan Murad [Brigades] as one of the main sources of foreign fighters in both theaters,” Profazio said.Ankara’s dual approach – in publicizing its military involvement in Libya and downplaying it in Nagorno-Karabakh – stems from the MoU signed with the GNA, according to Profazio.

In addition, Turkey has to “be careful” about openly admitting military support against Armenia due to global reactions, according to expert Henri Barkey.“They cannot be seen as openly fighting Armenians…. here in the US especially and in Europe, because it conjures the Armenian Genocide,” Barkey, a fellow for Middle East studies at the Council on Foreign Relations, told Al Arabiya English.The systemic genocide of Armenians at the hands of the Ottoman Turks during World War I is denied by Turkish authorities to this day.

Turkey has a well-established tradition of training militaries in Asian and African countries, but the government under Erdogan has “overhauled this policy since the Syrian civil war by equipping and training mercenaries,” according to former Turkish parliament member Aykan Erdemir.“Ankara has seen military-to-military relations as an important means to gain political access and expand diplomatic influence,” Erdemir, now senior director at the Turkey Program at the Foundation for Defense of Democracies, told Al Arabiya English.