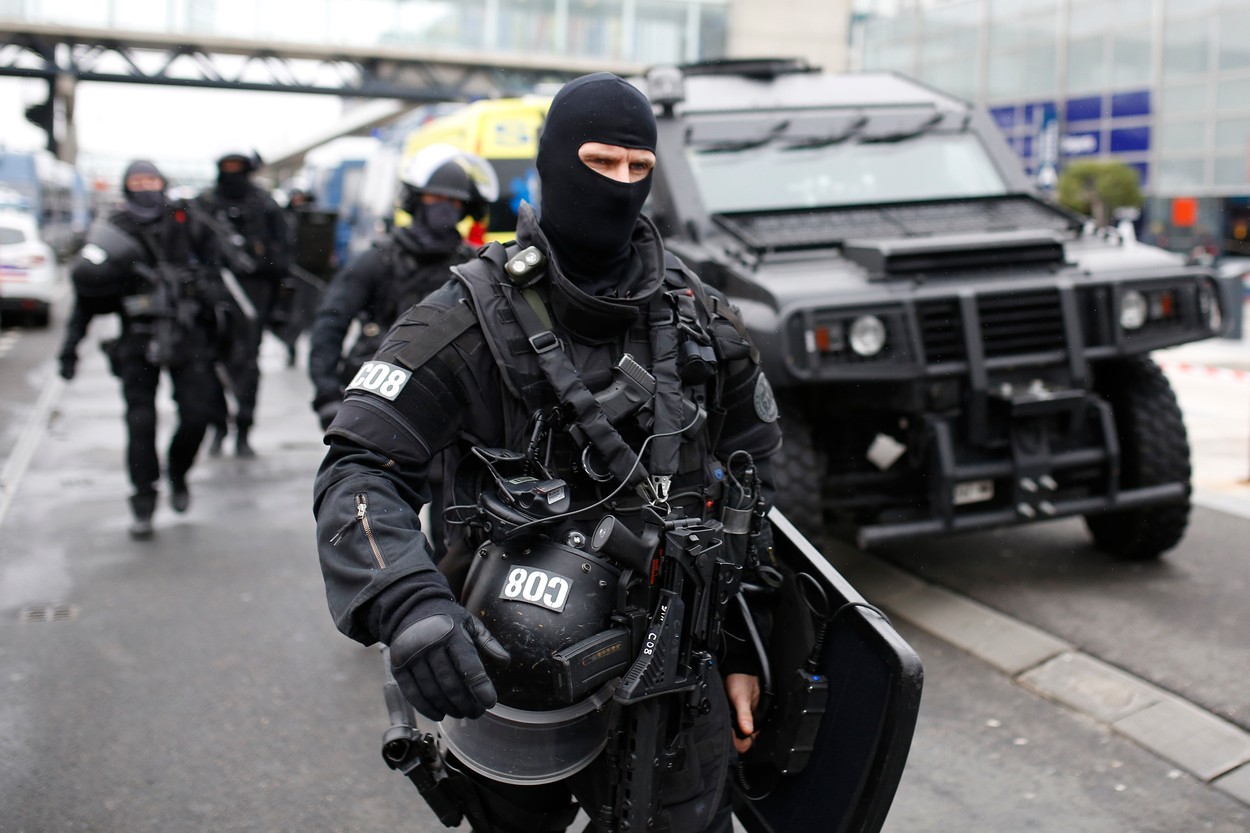 Dailymail ـ Online jihadists celebrated the latest terror attack on France today after three people were murdered by a knifeman in Nice on a day which also saw a gunman killed in Avignon and a guard attacked at a French consulate in Saudi Arabia. The latest in a long line of violent attacks in France was ‘already being celebrated massively across jihadi communities’ by late Thursday, according to the SITE Intelligence monitoring group. SITE director Rita Katz said it was ‘hard to recall social media celebration this massive for terrorism’ with jihadists taking to Twitter and Facebook to welcome the latest grisly murders. No group has yet claimed responsibility for today’s violence, but it comes amid high tensions between France and the Muslim world after a teacher was beheaded for showing Prophet Mohammed cartoons to his class two weeks ago.

Katz said that jihadists were celebrating the attackers ‘freedom of action’ after three violent episodes in the space of a few hours. ‘These new attacks comes amid a massive and enduring wave of jihadi media condemning France and its cartoonists,’ she said. A report by SITE said that jihadists were ‘overjoyed’ by the news from Nice, Avignon and Saudi Arabia today.  Extremists linked to both ISIS and al-Qaeda have seized on the beheading of Samuel Paty earlier this month to incite more attacks against France. Katz said that the ‘prospect of co-ordination’ between the various attackers seemed ‘increasingly plausible’, although not confirmed.

The Nice attack began around 9am at the Notre Dame basilica where a knifeman killed a male church warden, an elderly female parishioner and a second woman, wounded several others, and was then shot and arrested by police.  Both ISIS and Al-Qaeda claimed responsibility for the 2015 Charlie Hebdo attacks, which were the beginning of a wave of terrorism across France. Anger at France has not been confined to extremists, with many in the Islamic world staging protests and calling for boycotts over Charlie Hebdo’s controversial cartoons of the Prophet Mohammed. Macron has vowed to defend freedom of expression and the right to insult religion, but leaders of Muslim countries have warned his stance could lead to violence.

Turkey’s president Recep Tayyip Erdogan has been among those to feud with France, reacting angrily to an offensive cartoon of him on the front of Charlie Hebdo.’I don’t need to say anything to those scoundrels who insult my beloved prophet on such a scale,’ Erdogan said on Wednesday, calling it a ‘disgusting attack’.Erdogan’s top press aide today sought to fend off suggestions that Turkey’s strident rhetoric had encouraged violence. ‘We will continue to confront any politician who insults our religion and values,’ Fahrettin Altun said, condemning the attacks in Nice. ‘We feel we owe no apology to anyone for expressing our strong opposition to racism and xenophobia. We categorically deny any effort to associate us with any kind of violence.’

Abdallah Zekri, director general of the French Council of Muslim Worship (CFCM), also condemned the attack in Nice today. ‘I can only denounce as strongly as possible this act of cowardice against the innocent,’ he said. Zekri called on French Muslims to cancel festivities to mark Mohammed’s birthday, which end on Thursday, ‘in solidarity with the victims and their loved ones.’There was also condemnation of today’s attack from abroad, with UK prime minister Boris Johnson saying he was ‘appalled’ by news of a ‘barbaric attack’.

‘Our thoughts are with the victims and their families, and the UK stands steadfastly with France against terror and intolerance,’ the PM said. Angela Merkel’s spokesman said the German chancellor was ‘deeply shocked about the gruesome murders in a church in Nice’. Italy’s prime minister Giuseppe Conte condemned a ‘vile attack’ but vowed it ‘will not shake the common front defending the values of freedom and peace.’