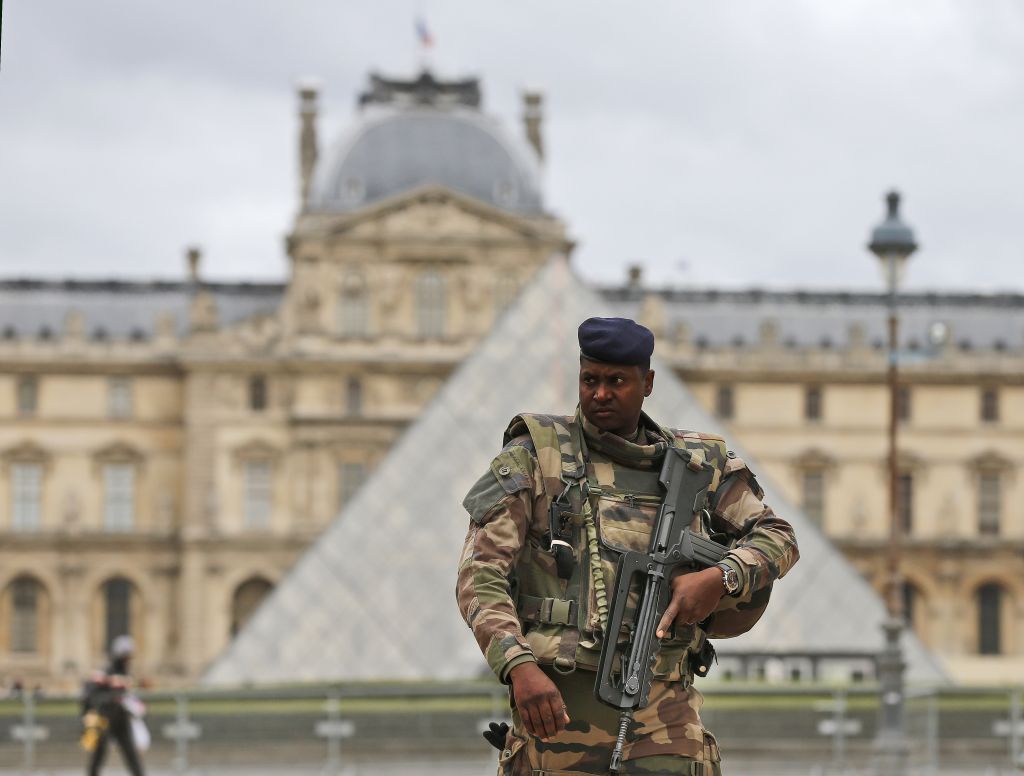 Asharq Al-Awsat – French press and officials have been highlighting the risk of terrorism as a serious problem in France following the recent three attacks that targeted Paris, Conflans-Sainte-Honorine and Nice.President Emmanuel Macron and his government, who are accused of impotence and inaction, fear that the right-wing opposition could take advantage of the current situation during the upcoming elections in the spring of 2022.

Earlier, Macron revealed a plan to fight what he described as “Islamist Separatism,” which will be presented as a bill to the cabinet on Dec. 9 before making its way to the National Assembly and the Senate.His strict rhetoric against Islamist blocs has sparked a wave of protests against him in the Arab and Islamic world, a boycott of French products, and sharp criticism from the British and American newspapers. It also sparked demonstrations and rallies in a number of Islamic countries.

France is now working on blocking all illegal routes that terrorists use to enter French territory, as happened in Nice, where the Tunisian, Brahim Aouissaoui, arrived from Italy. It also seeks to get rid of extremist foreigners who threaten its national security.In this context, French Interior Minister Gerald Darmanin will visit Rome, Algiers, Malta and soon Moscow. In October, he visited Morocco for the same purpose.

Talks between Darmanin and officials from the countries he will visit will focus on illegal immigration, security cooperation and the fight against terrorism.Remarkably, the visits’ main goal is to convince the concerned authorities to accept the repatriation of their arrested citizens in France, especially illegal immigrants and those classified as radical extremists, some of whom have been under “administrative detention.”

Darmanian has earlier said that 231 illegal foreigners are in France, including those suspected of radicalism.Darmanian kicked off his tour by visiting Tunisia, where he met with his Tunisian counterpart Taoufik Charfeddine and President Kais Saied.His visit to Algeria is scheduled to take place on Sunday, Nov. 8.