France should introduce stricter measures for those who refuse to assimilate 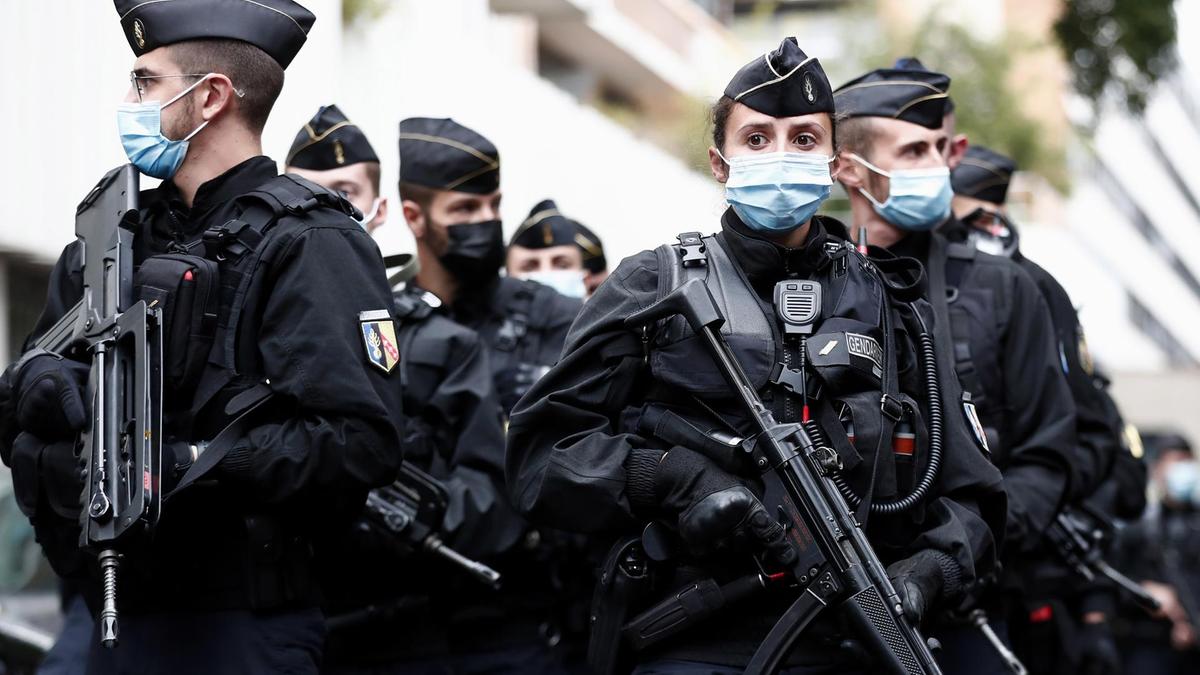 Earlier in the week, reports emerged claiming that President Emmanuel Macron met with the French Council of the Muslim Faith and asked it to work out a charter of values that should be respected in the country. The move is a part of a broad clampdown on radical Islamism, which Macron announced following the brutal beheading of French history teacher Samuel Paty by a French teen of Chechen origin over allegedly showing controversial cartoons depicting Islamic prophet Muhammad.

The teacher’s killing was followed by a deadly stabbing attack in a Catholic church in Nice in late October, in which a 21-year-old Tunisian migrant killed three people. Another knife-stabbing attempt occurred shortly after in Avignon, and the assailant was shot dead by security forces. It was followed by yet another incident in Lyon, as well as near the French consulate in Saudi Arabia.

As France is going through another surge of terrorist attacks, critics blame poor migration policies. In particular, the Nice attacker, Brahim Aoussaoui, arrived from Tunisia on the Italian island of Lampedusa in September along with other migrants. In October, ahead of the attacks, he was ordered to leave the country, since he had no right to refuge. However, he managed to not only stay in the country but also to move across the whole territory of Italy and reach France.

While Aoussaoui was not on the notorious Fiche S card, France’s list of potential security threats, many questions have been raised about the security of French borders. Many previous attackers were on the list, including Cherif Chekatt, the shooter in the Christmas market in Strasbourg back in December 2018.

French authorities have to draw consequences for those people who refuse to assimilate or refuse to respect French culture, including those on the Fiche S list, European parliament member Jean-Lin Lacapelle told Sputnik.

When attached to a person, the Fiche S list identifies him or her as a serious threat to national security and allows surveillance. Apart from suspected Islamists, these markers are assigned to criminals from gangs, prison escapees and radical ecologists. Back in 2015, the then-French administration admitted that there had been 20,000 on such a list in the country.

“If these persons are foreigners, they must be deported. If they are binational, they must be stripped from their French nationality and deported. If they are French, they must be monitored in a way that serves two purposes: preventing terror attacks (by strengthening the abilities of Homeland Security), and severing them from radicalisation fertile grounds, by acting on mainstream narratives and public interests, on the consultation of online content, on preachings and religious rhetoric, whether uttered in mosques or not,” Lacapelle said.

According to Lacapelle, many Muslims in France live with a set of values that are “completely alien” to the European ones and who do not respect France’s values.”This, however, is none of the President’s [Macron] doing: the core of the problem lies within the incompatibility between these persons and the core values of France and Europe,” he explained.

Meanwhile, the leader of the Unbowed France political party, Jean-Luc Melenchon, who was Macron’s rival in the 2016 presidential election, believes that hatred against Muslims in the country is merely disguised as secularism.”There is hatred in this country toward Muslims under the guise of secularism. Secularism does not mean to hate religion,” Melenchon, who represents a Bouches-du-Rhone department in southern France, which has a large Muslim population, told French media in the wake of the attacks.

The politician called for ending constant suspicion toward the Muslim population and added that Muslims should be respected.”What is the goal of the Islamist terrorist? Scare and divide. He seeks to divide Muslims from the rest of the population to draw them under his political authority. Terrorists must know that they do not scare us and that they will not achieve their goal,” he said in a separate statement on Twitter.

Another European Parliament member, Jean-Paul Garraud, drew attention to the French jails which are considered to be a breeding ground for extremism.”Many terrorists are coming [from these prisons] and will come out in the coming months. This will undoubtedly increase the threat in the country,” Garraud, who is also a member of the parliament’s Committee on Civil Liberties, Justice and Home Affairs, told Sputnik.

Radicalisation in European jails has become a worrying trend over recent years and French prisons are not an exception. For example, Amedy Coulibaly who shot dead a police officer in Paris’ southeastern suburb of Montrouge in 2015 and a day later took hostage and killed another four people in the Hyper Casher store, revealed to have planned the attacks with Cherif Kouachi, a Charlie Hebdo office attacker, whom he met while serving his jail term in Fleury-Merogis Prison back in the 2000s.

Garraud views uncontrolled immigration as an important factor behind the rise of terrorist attacks in the country. If the government fails to act properly, the country will continue to be the target, the politician believes, adding that “fear must change sides.”

“Our country is under attack because it is the symbol of what Islamism hates, which is freedom, freedom of expression, freedom of worship. France is discovering that among the descendants of the populations it has welcomed in the past, some, even very young, identify with Islamist ideology,” he concluded. Garraud hopes that Paris finally takes the measure of the danger, but the acts are slow in coming.

“We have already wasted a lot of time, and it is not by closing a mosque and expelling a few dozen foreigners registered for terrorism when there are officially more than 4,000 [of them] in France that we will not be fighting effectively against the terrorist threat,” he said. Meanwhile, Lacapelle believes that we must affirm France against radical Islam and we must affirm French culture against radicalization.

“French culture is more than just laws: it is an artistic, intellectual and historical legacy, which we must not hesitate to enforce. Yet we are refusing to do so, for the sake of multiculturalism, of the right of others not to be French, not to live like the French, of individual rights granted by the ECHR [European Convention on Human Rights], but that only apply to an abstract person in an abstract environment, and show their limits when things become concrete,” he concluded.