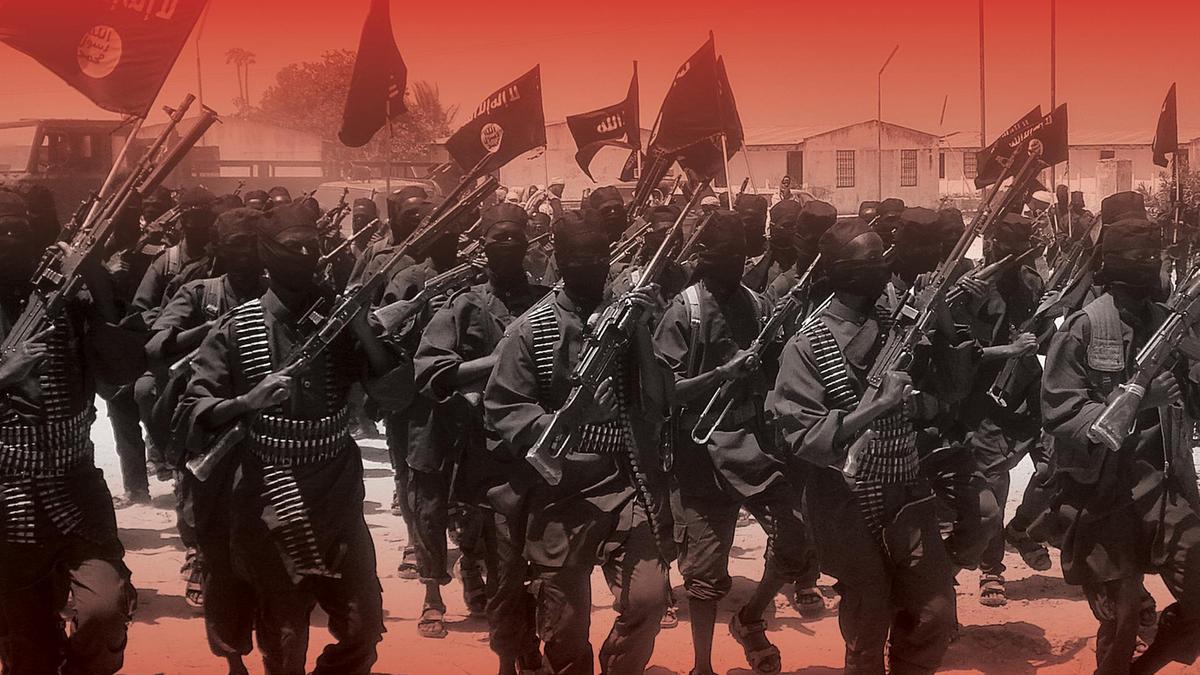 (New York, N.Y.) – The Counter Extremism Project (CEP) reports weekly on the methods used by extremists to exploit the Internet and social media platforms to recruit followers and incite violence. Last week, a pro-ISIS propaganda channel on Telegram released two videos titled “The Battle of Mosul” and “Mosul Another Perspective” that responded to Netflix’s release of the movie “Mosul,” which is based on the true story of an Iraqi police SWAT team fighting ISIS in 2017.

Meanwhile, the Rise Above Movement (RAM) praised the use of the cryptocurrency Bitcoin in a message on an affiliated Telegram channel, stating that it could be used to “undermine the banks and payment platforms”. Additionally, CEP researchers located a version of James Mason’s book Siege on the print-on-demand website Lulu. Finally, a white supremacist Telegram channel posted dozens of links for information on 3D printed firearms and homemade weapons and gunpowder production.

ؤfighting ISIS in 2017. The pro-ISIS propaganda films, approximately 12 minutes and 43 minutes each, contain extensive footage from previously released ISIS propaganda videos shot in Mosul, including propaganda clips including the British hostage John Cantlie. The videos include footage of vehicle suicide bombings and shootings.

In addition to Telegram, the videos were uploaded to Ok.Ru, the Internet Archive, File.Fm, pCloud, Mail.Ru, and Dropbox. The initial uploads on November 28 were no longer available approximately four days later, however on December 3, additional uploads of the second video were still available on MediaFire, File.Fm, DropApk.To, and UsersDrive.Com.

On November 30, CEP researchers located a guide from the pro-ISIS tech group Electronic Horizons Foundation (EHF), released earlier in November, for using the open-source messenger Element. The guide advises the use of Element because of the program’s encryption and decentralization. The EHF guide also stated that it was inadvisable to rely on a single communications or social media platform such as Telegram or Twitter, due to the possibility of content removal or crackdowns. Since losing their previously stable position on Telegram, ISIS online supporters have tried to find other apps to spread propaganda and encourage terrorist attacks. EHF has previously released information regarding cryptocurrency, Hoop Messenger, and general cybersecurity practices.

On December 2, CEP researchers located two bomb-making guides on the Internet Archive posted by an individual praising ISIS and encouraging terrorist attacks. Both manuals had originally appeared in al-Qaeda’s Inspire magazine in 2014 and 2015. The files were removed by the Internet Archive after being reported.

CEP researchers have located accounts on the social media site Parler belonging to the National Socialist Order (NSO), Nordic Resistance Movement (NRM), and the Nationalist Social Club (NSC). The NSO account, created on November 25, has posted the group’s videos, including one encouraging shooting politicians, committing vehicular attacks against protesters, attacks on electrical infrastructure, and violence against anti-fascist activists. The NRM account, which has over 575 followers, has posted links to the group’s podcasts, essays, and propaganda on other websites. Two accounts belonging to different NSC chapters have posted that group’s propaganda and have attempted to recruit. One NSC flyer posted on their account states that the neo-Nazi group can help “white conservative Americans” weed out anti-fascist activists from their communities as well as provide “protection of your communities and places of worship,” and “nationalist conservative outlets for your children.”

Several other accounts located seek to spread neo-Nazism, anti-Semitism, or accelerationist ideology. Content was located that encouraged anti-Semitic violence and mass shootings, including one video with footage from the Christchurch terrorist attack.Parler, founded in 2018, claims to be a “free speech” social media platform. The site’s Community Guidelines forbids content that is illegal or that is “a tool for crime,” however, it does not explicitly forbid hate speech or praising criminal acts.

Rise Above Movement Praises Use of Cryptocurrency

In a message on an affiliated Telegram channel on November 24, the Rise Above Movement (RAM) praised the use of cryptocurrency, especially Bitcoin. The group stated that Bitcoin could be used to “undermine the banks and payment platforms,” specifically citing problems with PayPal. A RAM affiliated media group sells white supremacist merchandise and solicits donations in five different cryptocurrencies (Bitcoin, Bitcoin Cash, Ethereum, Litecoin, and USD Coin) on their website.

On December 3, CEP researchers located a version of James Mason’s book Siege on the print-on-demand website Lulu. Lulu has previously removed several copies of Siege after the content was reported, including in April 2019, May 2020, and June 2020. The most recent copy of Siege was disguised as a different book and added in November 2020. Lulu specifically prohibits material that encourages harm, threats, harassment, intimidation, or discrimination against people “based solely on race, ethnicity, national origin, sexual orientation, gender and gender identity, (or) religious affiliation.” Mason had substantial ties to the Atomwaffen Division, and his work is posted on a website that features the writing of several of the group’s members. The content was removed after it was reported by CEP.

The channel’s original administrator was identified by anti-fascist researchers in June 2020, after he went to counter-protest an anti-police brutality demonstration while armed in Dallas, Texas on May 30. He allegedly gave up his administrator position in August.