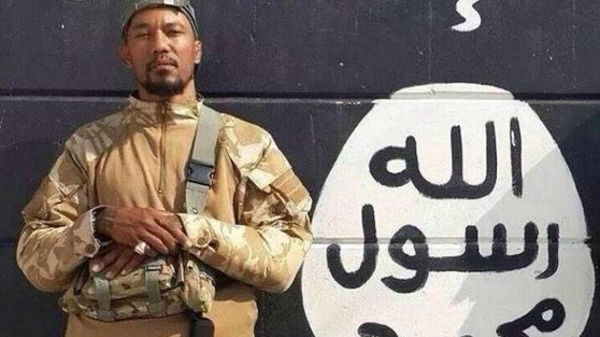 Denis Cuspert, also known as Deso Dogg, has been killed by a US airstrike in territory held by the ‘Islamic State’ in Syria.

The German rapper had left his home in Berlin to join the jihadists in 2012.
Berlin-born rapper Denis Cuspert, who joined the “Islamic State” (IS) terrorist group in 2012 has been killed by US airstrikes in Syria . A defense official confirmed the death of Cuspert, who performed under the name Deso Dogg, on Thursday, saying he was likely killed sometime earlier in October.
“He was not considered a high-value target (and) we were not specifically targeting him,” said the official, speaking anonymously as he was not authorized to confirm the news to the press.
Cuspert, who also went by the name Abu Talha al-Almani, was one of the most famous Western fighters to abandon his homeland to join IS. He appeared in numerous propaganda videos for the jihadists, including one “in which he appears holding a severed head he claims belongs to a man executed for opposing ISIL,” the US State Department said, using an alternative acronym for IS.
Although music is prohibited by IS, singing is allowed – and indeed some of the grisly propaganda videos are set to background vocals.
Cuspert pledged an oath of loyalty to IS leader Abu Bakr al-Baghdadi when he joined the group, and took on a role as an active recruiter of militants from Germany.
“Cuspert is emblematic of the type of foreign recruit ISIL seeks for its ranks – individuals who have engaged in criminal activity in their home countries who then travel to Iraq and Syria to commit far worse crimes,” the State Department wrote last February.
He had long been on a US list of known terrorists as well as the United Nations record of Al Qaeda sympathizers.
es/bw (AFP, Reuters)