How necessary to bring back German”Jihadist” from Syria ? 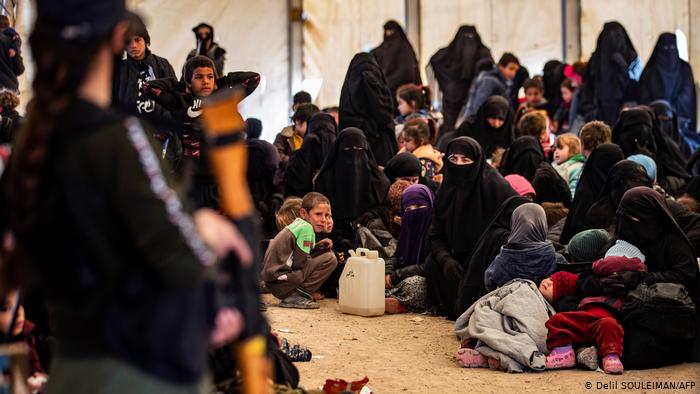 The German government knows of more than one thousand Islamists who have left Germany for Syria or Iraq to support terrorist organizations there. The figure comes from an answer given by the government to a question from the parliamentary representatives of the Left Party, according to newspapers of the Funke media group. The government also cited security authorities as saying that more than half of those who had left Germany for such conflict zones had German passports. The German Interior Ministry estimates around one-third of these people( one thousand) have already returned to Germany, some of whom have been   prosecuted or placed in rehabitation programs .

There are around 270 of the German women and children are still in Iraq or Syria. Some 75 percent of the children are believed to be under the age of three and are assumed to have been born in a “jihad area,” the Interior Ministry said.

Germany’s secret service has reportedly joined a US-led unit targeting jihadis returning to Europe from Iraq and Syria. Officials have warned that many families of “Islamic State” fighters have already returned home

The Federal Prosecutor’s office, however, would like to take a tougher stance on these women, arguing they strengthen the terrorist militia from within as wives of IS militants and mothers who raise their kids in line with the groups ideology.

The BfV warned of children and adolescents who were socialized and indoctrinated by radical terrorist groups and are returning to Germany from war zones. Some of them, were brainwashed in IS schools and are highly radicalized. IS propaganda promotes children as “a new generation of IS fighters, portrayed as ruthless and violent,” German Interior minister said, adding they might be dangerous upon their return and grow up as second-generation jihadists.

The interior ministry, BfV , report said that during coalition negotiations between Chancellor Angela Merkel’s conservatives and the Social Democratic Party (SPD), it was agreed that returning fighters with double citizenship should have their German nationality canceled if there is evidence of their having fought for a terrorist militia.

European governments are worried of repatriating their citizens who went to fight for an IS “caliphate” in Syria and Iraq, fearing the political repercussions of bringing back extremists following a series of jihadi-inspired attacks in France, Germany and elsewhere in Europe.

Syrian Kurdish authorities say they are unable to handle the burden of detained foreign IS fighters and the rehabilitation of non-combatant women and children.

US Joint Special Operations Command center in Jordan, Gallant Phoenix collects intelligence on fighters who fought for the likes of the so-called “Islamic State” (IS) and other Islamist militia groups. Relevant information includes documents, data, DNA traces and fingerprints that have been retrieved from former IS strongholds. Children were as much victims of the battle as the grown-ups, or perhaps even more so because they had no choice

The urgent return of foreign fighters and their families from the conflict zone and bringing them home is the best policy pursued by countries, to fight extremism and terrorism, and to rescue women, men and children who, because staying in Syria’s camps can be turned back into extremist organizations, and transferred again to new conflict and conflict areas.

published in the Levant