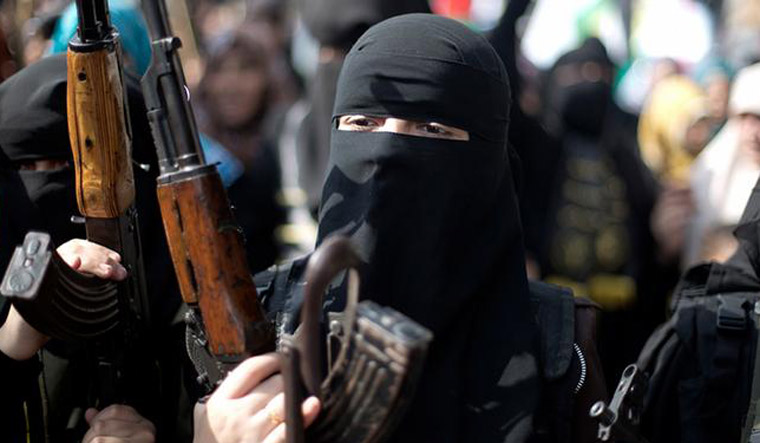 DW –   Author Lewis Sanders IV  – Thousands of foreign fighters have returned to their home countries after fighting with terror groups. But those who stay behind and move on to other conflicts pose an ever-growing risk to the region and their homeland.

Since the rise of the militant group “Islamic State” (IS), European governments have struggled with the issue of whether to repatriate citizens who left to join terrorist organizations in Syria, Iraq and elsewhere in the Middle East.

Some governments, including athose of Denmark and the United Kingdom, have responded by stripping foreign fighters of their citizenship, while others, such as Germany, have reluctantly taken dozens of them back.

Although many foreign fighters do return to their home country, others have made fighting in insurgencies their vocation. They are often referred to as career foreign fighters — foreign nationals who move from conflict to conflict — and their impact is especially significant in the Middle East.

Career foreign fighters often bring battlefield expertise and strong ideological convictions to the organizations they fight for, which has “an outsized impact on the conflicts they join,” said Jeanine de Roy van Zuijdewijn, researcher at Leiden University’s Institute of Security and Global Affairs.

“Many of them are part of transnational jihadist networks and can use these networks, combined with their skills and resources, to make conflicts more dangerous,” said de Roy van Zuijdewijn. “Several career foreign fighters in our data eventually became top leaders.”

The study found that foreign fighters who had survived their first tour would go on to “accumulate resources, develop skills and transfer their abilities to new violent actors.” It also showed how career foreign fighters would move between ideologically aligned extremist groups, not solely between conflicts.

“While the first generations of transnational jihadists built networks in training camps, newer foreign fighters and supporters are linked by a commitment to maintain the global jihadist movement,” it said.

“They may fight in the company of nationally based insurgencies, but they are not personally connected to the local conflict dynamics and will travel to seek opportunities to supplant the governance of weak states.”

Cases have also shown that career foreign fighters tend to be a pull for would-be fighters in their home countries. In some cases, they are even “perceived by local populations to be more effective and reliable” than local actors, according to the study.

“ISIS was known for many things, but among the most important was top leaders with charisma who were capable of battlefield acumen, as well as recruiting foreign fighters to the battlefield to join the caliphate,” said Colin P. Clarke, a senior research fellow at the Soufan Center, using another acronym for IS.

For counterterrorism experts, mitigating the impact of career foreign fighters is crucial because of their ability to fuel conflicts.

“Focusing on identifying career foreign fighters specifically and prioritizing kill/capture operations against these individuals could have a significant impact on attenuating terrorist and insurgent groups across the Middle East,” said Clarke, who authored the book After the Caliphate.

But their impact on conflicts is not the only motive for governments to deal with the larger question of returning foreign fighters to their home countries.

Several career foreign fighters examined in the study had at one point “shifted their focus to plotting terrorist attacks against their home countries from abroad,” said de Roy van Zuijdewijn.

“Any step taken to reduce the growth of career foreign fighters is therefore also in the interest of Western government if they want to sensibly address the threat of jihadism in the future,” she said. “This means moving beyond a narrow focus on returnees only.”