Brit jihadi explains how he fled to Syria ? 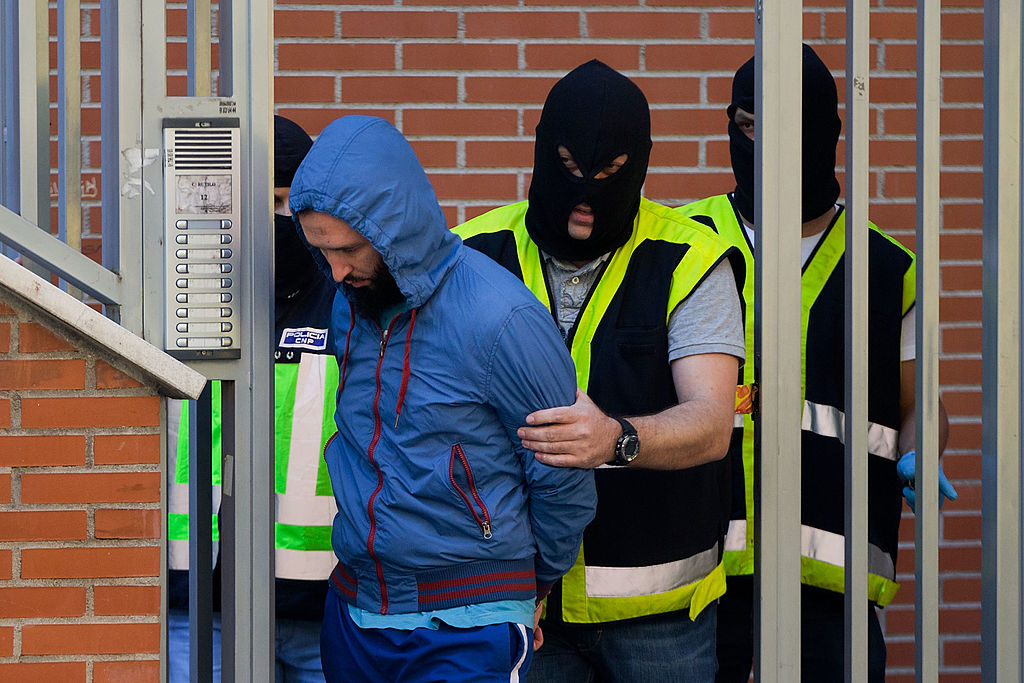 Thesun – A GRINNING Brit jihadi laughs as he explains how he fled to Syria right under the noses of MI5 after his brother had joined ISIS. Aseel Muthana, 24, claims he left his home in Cardiff, Wales, to become a member of the Islamic State despite “weekly” visits from the UK security services.

The terrorist, who allegedly acted as a “recruiter” for the death cult, is currently being held in a Syrian jail after being captured during the group’s last stand in Bargouz in 2019. Speaking with documentary filmmaker Alan Duncan, he explained how the intelligence cops visited his home regularly after his brother Nasser had joined ISIS in 2012 and appeared in their propaganda videos.

The extremist laughs as he explains how he applied for a new passport and fled to Syria in 2014 after his mum had confiscated his travel document – insisting “it was too easy”. Asked if he felt he had “outwitted” British intelligence, he said: “I actually did.  “Honestly, I thought I would get caught. It was too easy.” Aseel says he would speak to his brainwashed brother regularly on Skype and on the telephone despite security officers visiting his home every week.

He told Alan that after his mum took his passport and debit card he simply applied for a new one at the Post Office and received the document within 24 hours. The youngster then flew from the UK to Turkey where he crossed the border into Syria – a route taken by numerous British jihadis. Aseel said even ISIS members were shocked at how “easy” it was for him to flee to join the terrorist group. He said: “It was the post office. I told them I lost my passport.

“I am telling you, it was too easy. Everyone I met in Syria, they tell me ‘you have the most astonishing story’.” Aseel added: “Everyone is shocked. Everyone is like ‘How did you leave? How did you manage to renew your passport and speak to your brother on Skype.?  “And your mum is watching you and the intelligence is coming to your house?” Aseel, who is reportedly a founding member of the Islamic State, has previously complained about being “abandoned” by the UK government insisting “I have human rights. I should be rehabilitated”.

Alan says that Brit jihadis in Syrian jails are watching the case of Shamima Begum – the ISIS bride who is attempting to return to the UK through the Supreme Court. Lawyers for Begum, now 21, say she must be allowed to return to Britain to fight a decision to strip her of her citizenship.

Aseel – who had a son with a Brit ISIS bride in Syria – also denies being a terror recruiter despite his Twitter account posting propaganda such as calling for enemies of the group to be beheaded. But he claims the account – in which he said he was “100 per cent” pro the Islamic State in 2014 – was controlled by his brother Nasser. He said he saw his sibling – who was high on the Pentagon’s “kill” list – being blown apart by a drone strike in Mosul, Iraq.

Alan, who is developing a documentary about Western jihadis, says that Aseel and all the extremists demanding to come home are “still dangerous.” He told Sun Online: “I could tell he still believes in the caliphate. It’s a lost battle to them it’s not a lost war.” Alan added: “They are all liars – they all joined because they believe. “I think he’s still dangerous. They all are. They all want back to the West because they know nothing will happen to them.”

Shortly after he arrived in Syria, Nasser featured in an ISIS recruitment video titled ‘There Is No Life Without Jihad’. The older brother is said to have married a Bangladeshi woman while Aseel married a Somali who travelled from Glasgow. The UK government has advised against all travel to Syria since 2011. A Home Office spokesperson told Sun Online: “Our priority is to ensure the safety and security of the UK and the people who live here.

“Those who have fought for or supported Daesh should wherever possible face justice for their crimes in the most appropriate jurisdiction, which will often be in the region where their offences have been committed.” Alan has interviewed dozens of jailed ISIS militants on camera in camps in north-east Syria. One of the people he spoke to was Samia Hussein – an ISIS bride who was smuggled out of Syria last year and flew into Heathrow airport from Turkey.

Despite admitting to joining a terror group on camera, Samia has not reportedly been charged with any crimes since returning to the UK. Alan, from Scotland, is working on a documentary featuring explosive, never-before-seen interviews with western jihadis, including Brits. The film will also feature his dramatic rescue of a Yazidi sex slave in the al-Hawl compound which was packed with extremists.