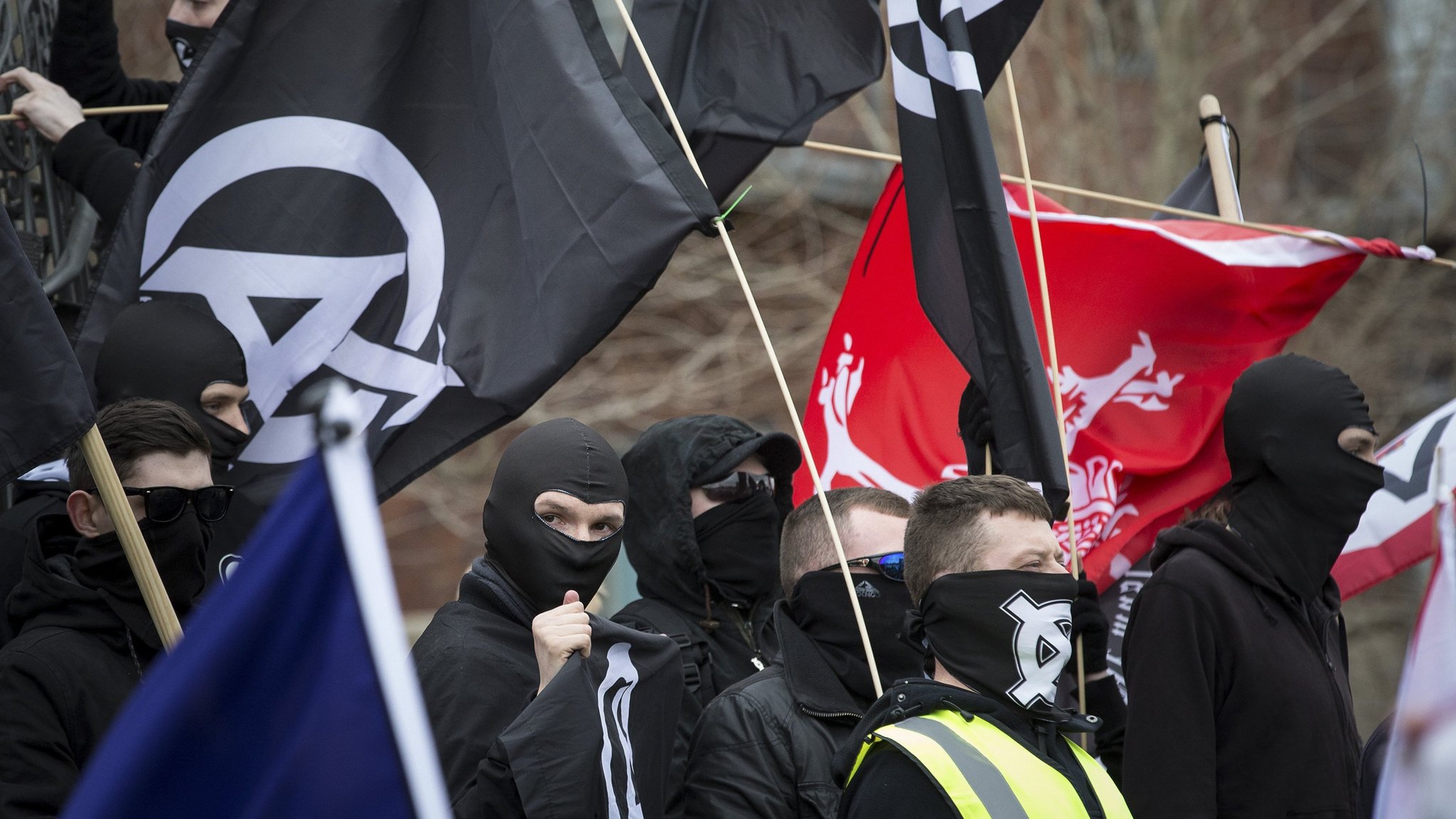 Thenationalnews – Extremist groups are at risk of engaging in a cycle of escalatory violence in which Islamists and the far-right embrace “the same tools and tactics” to exacerbate tensions. A report by radicalisation experts warned that far-right groups have increasingly mimicked Islamist’s methods and stolen tactics from their playbook.

Researchers from the International Centre for the Study of Radicalisation at Kings College examined the concept of reciprocal radicalisation, which sees extremist groups feed off each other. The report said governments should be concerned and that it would be a “grave” mistake to treat the threats separately.

“Policymakers have reason to be concerned that the co‑presence of far‑right and radical Islamist groups could aggravate social cleavages and lead to an escalation in violence or rhetoric from one or both groups,” warned its report, titled Innovation, Creativity and the Interplay Between Far‑right and Islamist Extremism.

“Unfortunately, there is no clear‑cut “escalation ladder” that would help policymakers and practitioners determine the likelihood of spiralling violence and tailor their interventions accordingly. “Policymakers should be aware of the possibility of both reciprocal radicalisation and operational reciprocity between these ideologically opposed movements.

“It is entirely conceivable that far‑right extremists and Islamist extremists might engage in escalatory violence by invoking the threat of the other while simultaneously adopting the most effective tools and tactics employed by their adversary.”

The report said the issue of reciprocal radicalisation was brought to the fore by former prime minister David Cameron in a 2007 speech when he alluded to Islamist extremists as being a “mirror image” of the far‑right British National Party.

“It has been anecdotally established that far‑right extremists have borrowed from the [Islamist] playbook, which would potentially help them increase the efficacy of their tactics – both lethal, eg bomb-making, and non‑lethal, eg social media messaging,” it said. “In short, were this to be the case, it would be a potentially grave mistake to treat the far‑right and jihadist threats in isolation rather than examining how they interact and influence one another.”

It said in 2019 the transnational neo‑Nazi group Feuerkrieg Division posted a screengrab from an ISIS bomb-making video on its Gab page and later a version of the video was also shared on a prominent neo‑Nazi Telegram channel. Last year, the director‑general of the Australian Security Intelligence Organisation warned that far‑right organisations were using similar social media tactics to those adopted by ISIS for recruitment purposes.

Research by Bridget Johnson also identified variations of the same memes used by both groups and noted they have both produced heavily stylised videos of militant training camps. The review warned that researchers need to be “alert” to examples of the groups using each others methods and said studies on the interaction between different groups in prisons may be advantageous.

“It is admittedly difficult to conduct research on operational diffusion between the far‑right and radical Islamists given the limited empirical data on this subject,” it said. “That said, the literature would benefit from more comparative studies of the two movements that identify commonalities that might serve as vectors for some form of knowledge diffusion or even co-operation.

“There is an opportunity, for example, to examine the potential of prison networks to serve as incubators of collaboration or ideological migration between far‑right and Islamist extremists. “Similarly, it would be worth investigating whether any of the far‑right extremists who have converted and become jihadists have brought any practices or material knowledge with them that in turn influenced the innovations of jihadist groups or networks.

“The potential consequences of operational reciprocity between far‑right and Islamist extremists are quite concerning. As such, scholars within the terrorism studies community should stay alert for any signs of such cross‑ideological knowledge diffusion or collaboration.”