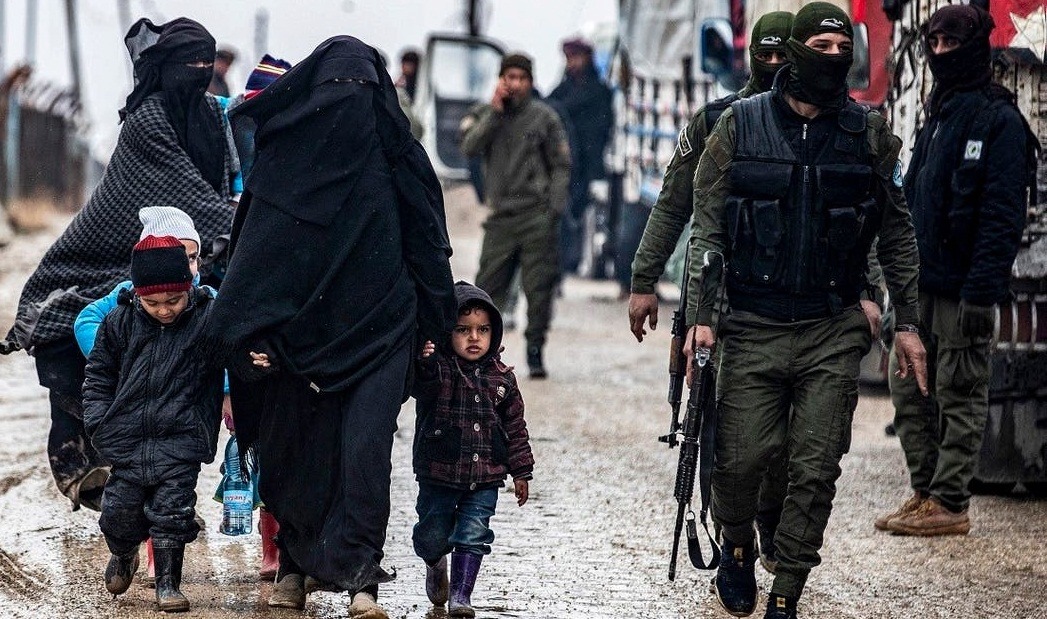 France 24 – Kurdish forces on Friday said they had captured 125 suspected Islamic State group members as part of a security operation in northeast Syria’s Al-Hol displacement camp.The US-backed Syrian Democratic Forces (SDF) announced the launch Sunday of the sweep targeting IS operatives in the overcrowded settlement, which has been rocked by more than 40 assassinations since the start of the year.

Kurdish authorities have warned that the camp, home to almost 62,000 people, is turning into an extremist powder keg because of IS jihadists hiding out among camp residents. “We captured 125 members of IS sleeper cells, including 20 in charge of cells and assassinations in the camp,” said Ali al-Hassan, a spokesman for the Kurds’ Asayish security forces.

There have been more than 47 killings since the start of the year, Hassan said. Speaking at the Asayish headquarters in the town of Al-Hol, he said several IS members had infiltrated the camp by pretending they were displaced civilians.”Their goal was to work inside it and regroup,” Hassan told a press conference.

During the sweep, the Asayish found “electronic circuits used to prepare explosive devices” as well as other military gear, he added. Al-Hol is the larger of two Kurdish-run displacement camps for suspected relatives of IS jihadists in Syria’s northeast. It holds mostly Syrians and Iraqis but also thousands from Europe and Asia.

Many residents see the camp as the last vestige of the IS proto-state that jihadists declared in 2014 across large swathes of Syria and neighbouring Iraq. “Despite the fact that we have arrested many sleeper cell operatives in the camp, including senior officials, the danger in Al-Hol is not over yet,” Hassan said. “The success of our operation… will not last long without international backing.”

Syria’s Kurds have repeatedly urged the international community to repatriate foreign nationals held in northeast Syria. But these calls have largely fallen on deaf ears with only some, mostly children, allowed to return so far.