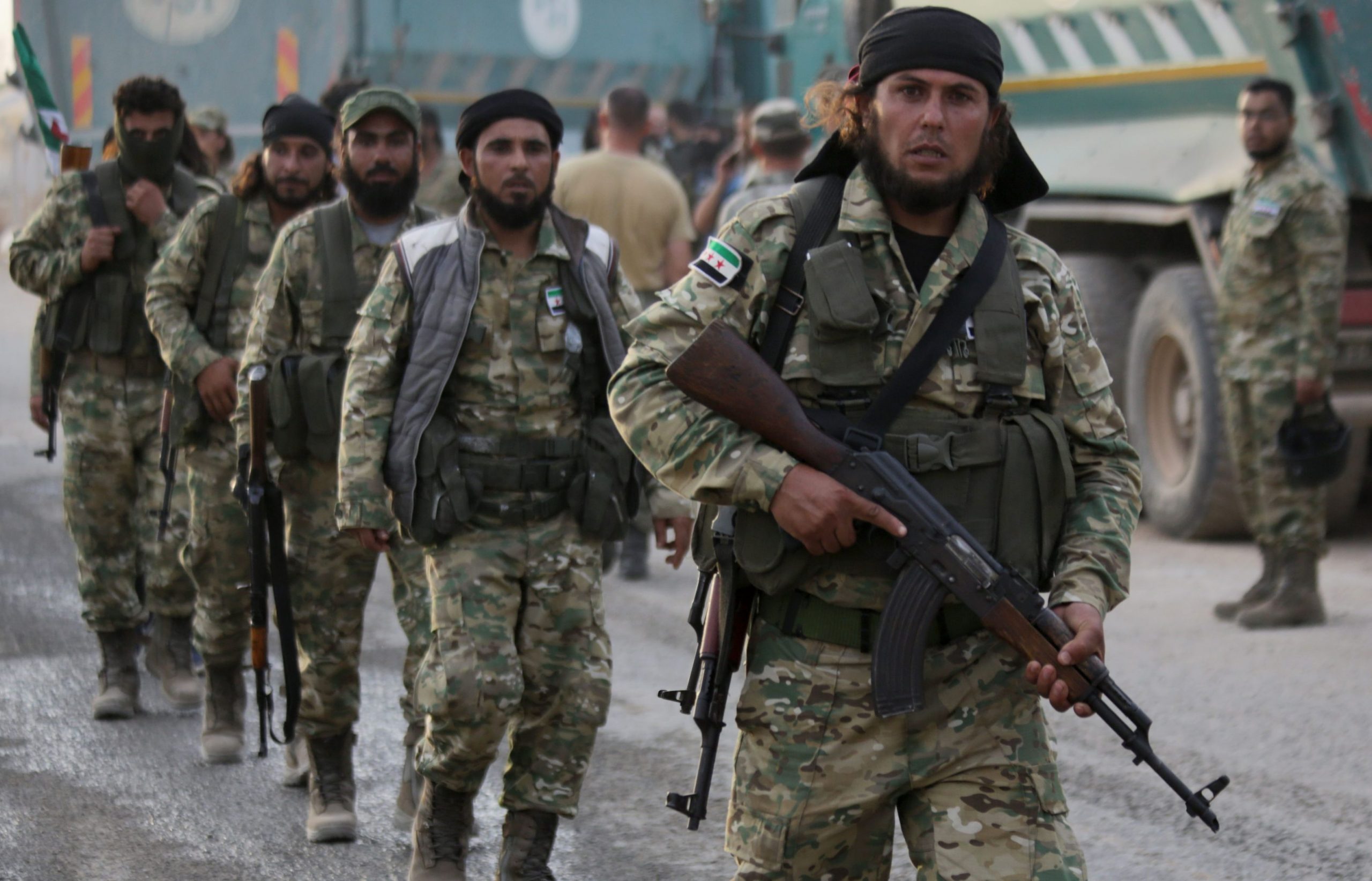 Newlinesinstitute – After an ISIS cell attacked and kidnapped civilians in Syria’s Hamah province, the group made the unprecedented move to free its captives in exchange for family members held in regime prisons. Local ISIS cells are further embedding themselves within the social and economic networks of the Badia, raising questions about the structure of ISIS’s insurgency in Syria.

The kidnapping and prisoner exchange conducted  by an ISIS cell in central Syria raises new questions about the structure of the insurgency. The local dynamics of the insurgency are becoming clearer and point to additional ways for ISIS to further embed itself within the social and economic networks of the Badia. ISIS cells consisting of locals form a crucial bridge between the civilian population, itself largely apathetic toward President Bashar al-Assad, and the foreign fighters that continue to flow into in the region.

local Facebook pages in the city of Salamiyah posted that ISIS had kidnapped “a number” of residents from the village of Sa’an in the far southeastern corner of the Uqayribat sub-district of Hamah province. Soon after, follow-up posts emerged about wounded National Defense Forces (NDF) fighters arriving at the Salamiyah hospital.

Forty-five minutes after the news of the attack first broke, local pages gave the first indication of the scale of the attack. As many as 70 people had been kidnapped by ISIS. Then an internet blackout, later blamed on severed optical cables, swept over the city and news ceased for almost three hours. Later, various sources would say the number kidnapped was 20, 40, or 60. Locals cannot seem to agree on exactly how many people disappeared, and no one seems willing to talk about exactly what happened.

What is known is that an ISIS cell first ambushed a group of civilian truffle hunters protected by NDF fighters near the Tuwaynan Dam, along the Homs-Hamah border. It is unclear how much fighting occurred in this initial ambush, but most, if not all, of the people were captured alive. While this attack was occurring, a second group of loyalist fighters and/or civilians were driving just 2 kilometers away. According to an interview with one survivor from this second group, published on Facebook, he and 20 others were stopped by a motorcycle driving the opposite direction. The motorcycle’s riders said they were fleeing an ISIS technical just up the road, and that 2 km away an ambush was ongoing. The group decided to turn around, at which point they too were attacked. In total, at least four NDF fighters were wounded, and one was killed.

Seven hours after the first reports of the attack, most of the kidnapped people were returned (local pages claimed 54 were returned with six remaining in custody, though these numbers are also disputed). In what may be a first for the militant group, ISIS did not exchange these prisoners for a ransom but rather for their own family members held in regime prisons in Salamiyah. Those not returned are likely being held or executed due to perceived links to the Syrian regime. Beyond the scale of the attacks, which further demonstrate ISIS’s growing strength, the decision to exchange the prisoners for “ISIS families” serves as an important reminder that ISIS retains local support networks in much of the Badia.

ISIS cells in the Badia are not homogenous. While some comprise a mixture of Syrian, Iraqi, and foreign fighters, other cells are entirely local in nature. These latter cells live their day-to-day lives within the socio-economic fabric of the sparse communities dotting Central Syria. They appear to be viewed tolerably, if not favorably, by many civilians and actively trade with the surrounding communities.

The group that conducted attack is one such cell, made up of locals who reportedly trade truffles and sheep with nearby communities. It is unclear where these fighters live, but the fact that they are bringing “home” dozens of their family members suggests the group either occupies extensive tunnel networks or lives disguised as local villagers. This would not be a first for ISIS cells in Hamah. Local Syrian forces believe that a second ISIS cell that has for months been harassing the region of Rahjan, far to the north in Hamah, comprises locals that have been living as sheep herders in the nearby hamlets when not conducting attacks. In fact, at least one cell in east Hamah is commanded by a local defector from the Hamah NDF.

attack is also not the first time that local dynamics have played a role in determining a cell’s actions. On Jan. 3, insurgents likely affiliated with the Rahjan cell cut off the Salamiyah-Ithriya highway close to the Rahjan area, ambushing a convoy of oil tankers, lorries, and an overnight bus. ISIS destroyed the nine oil tankers and one of two lorries, killing seven civilians and two soldiers. Loyalist media claimed the militants were attempting a mass kidnapping but were stopped by the arrival of security forces. Eleven days later, suspected ISIS members, in an IED attack just west of Rahjan, assassinated Sheikh Abdul Hamid al-Karkh, a tribal leader in Rasm al-Ahmar.

According to loyalists, the sheikh had played a major role in arresting many local ISIS sympathizers. Both attacks suggest that, like the cell involved in the Salamiyah attack, the Rahjan cell is local in nature and is seeking ways to protect its families and conduct its own prisoner swap. These actions contrast with those of the ISIS cells in nearby parts of the Badia. According to a Liwa al-Quds fighter deployed in the Uqayribat area of Hamah, the cells there have fewer locals and include Russian-speaking foreign fighters.

Meanwhile, cells in the Jabal al-Amor area of Homs, also known for a high concentration of Russian-speaking fighters, conducted at least five small-arms attacks against civilians in November and December 2020. Such attacks included wiping out entire shepherd camps and setting up fake checkpoints outside of isolated villages to rob and kill the locals. Conversely, almost all the attacks against civilians in the Rahjan area have come from mines placed for general area denial purposes. In other words, the non-local cells actively seek to kill and terrorize civilians, while the local cells in northeast Hamah appear to take a more moderate approach to the civilian population.

The mixed nature of ISIS cells complicates an already murky understanding of the command-and-control structure of the insurgency in the desert region. Attacks such as Tuesday’s raise questions over the degree to which local dynamics shape the behavior of certain cells and reflects the more hands-off approach ISIS central command has toward central Syria. As Syria’s economy continues to evaporate, these local cells, still tied into the socio-economic fabric of the region, are positioned to serve as economic interlocutors between civilians and “core” foreign ISIS units. Such cells will inhabit ever more unique and useful niche as ISIS continues to import non-local recruits to the Badia.

Gregory Waters is a non-Resident Scholar at the Middle East Institute and a research analyst at the Counter Extremism Project. His work focuses on the Syrian regime’s security forces, primarily utilizing open-source research to assess the capabilities and structure of the Syrian Arab Army and allied militias. He has also written about local governance initiatives in opposition, Turkish, and regime-held Syria and tracks Islamic State developments in central Syria. He has previously been published by the Atlantic Council, Bellingcat, openDemocracy, and the International Review.