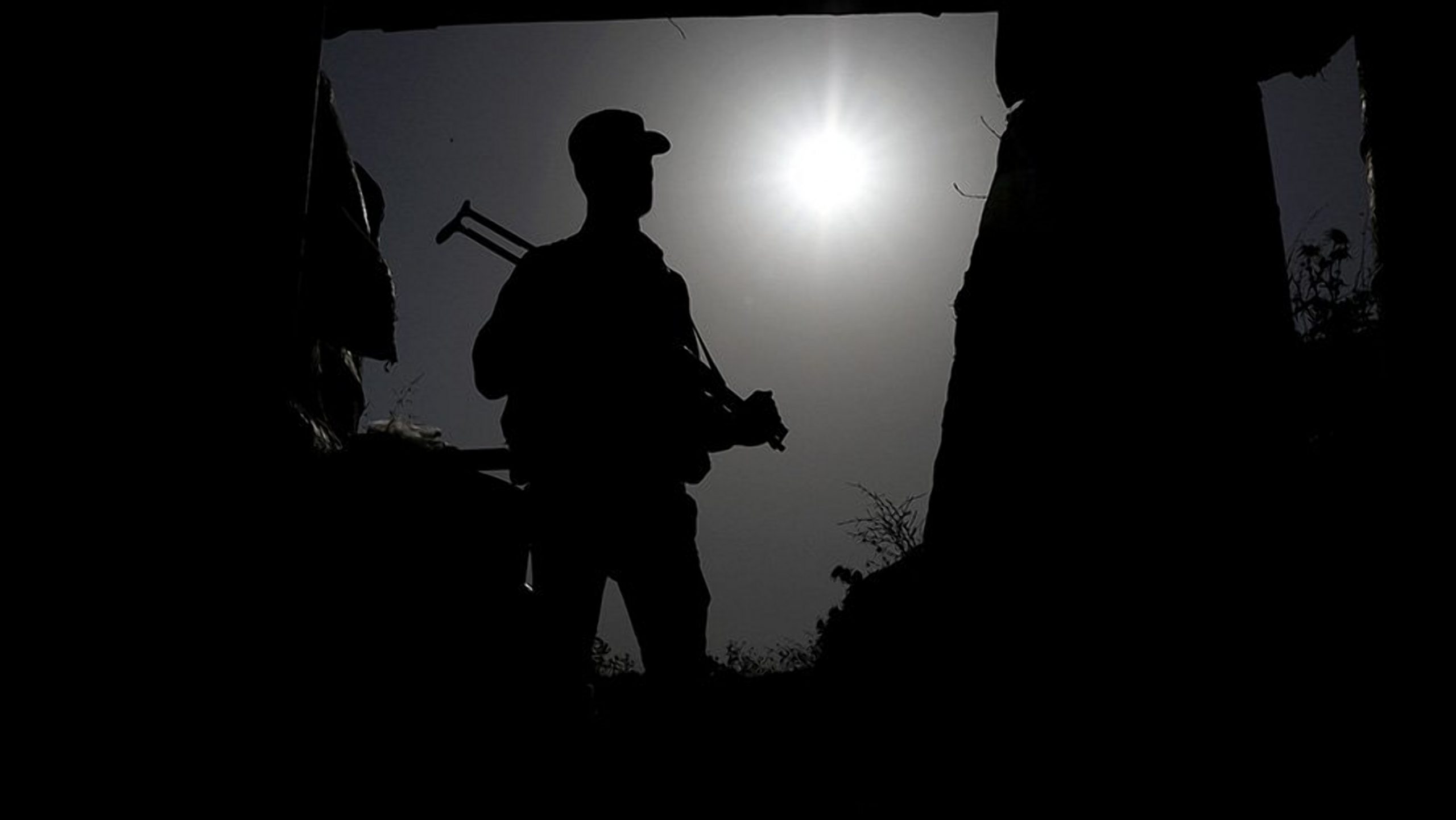 Thenationalnews –  ISIS attacks in Mozambique are probably being co-ordinated with the terrorist group’s core leadership as part of an expanding campaign across Africa, security analysts told The National.Experts believe there is an organised propaganda campaign across the continent to amplify the extremist group’s standing and support.The concerns emerged after the deadly ISIS attack on Palma in which a well-armed detachment of about 150 fighters seized the town for several days, killing scores of civilians including western contractors.

Infiltration of ISIS’s communications network showed extremist supporters around the world celebrated the attack before the town’s occupation was announced across the terror group’s global network.The assault led to southern African and western countries taking action to stop the spread of extremism across the continent.The Southern African Development Community countries were continuing discussions on Friday to provide support for Mozambique. The South Africa Navy, Angolan Air Force and Tanzanian land forces could become involved in a co-ordinated defence policy.

Six presidents held emergency talks in the Mozambican capital Maputo, two weeks after the Palma attack, which also forced thousands from their homes.The summit “affirmed that such heinous attacks cannot be allowed to continue without a proportionate regional response”, the bloc said..

There is growing evidence of “ISIS central” interest in Mozambique. A new intelligence resource called ExTrac, set up by counter-extremism expert Dr Charlie Winter, network scientist Abdullah Alrhmoun and former intelligence personnel, detected clear, long-term communication between ISIS and affiliates in Africa.The threat of ISIS has been reborn in Africa

“There is some sort of formal covert communications between this particular network in Mozambique and ISIS as a global movement,” said Dr Winter, of the International Centre for the Study of Radicalisation at King’s College London.“Both parties clearly benefit from the propaganda value and the amplification of activities.”

Some experts believe that for the past five months there has been a “strategic silence” from ISIS’s network in Mozambique under the orders of central leadership, so as not to attract undue attention as it planned operations.“The only reports that emerged were pared back and restrained, so it’s been unusual that since November until March there was total silence from Mozambique, with just one claim of civilians killed and few details on the attack itself,” Dr Winter said.

However, after the Palma attack on March 24 there was “incontrovertible evidence” of communication between the insurgent network in Mozambique and ISIS central, he said.The “critical question” was to what extent the global ISIS leadership – and its leader Amir Al Mawla – were involved in the Mozambique campaign, as well as Islamist insurgencies in the Democratic Republic of Congo and Nigeria.

It appears the focus of ISIS has now shifted from the Middle East to Africa and in particular the troubled West African state of Mali, in the Sahel region, where in December 300 British troops arrived as part of a 15,000-strong UN force.The troops hope to stabilise the increasing violence in Mali as ISIS seeks to control the Sahel in what has become a protracted conflict. It is a grim portend for Mozambique.

The assault claimed dozens of lives, authorities said, while the UN said more than 11,000 people were forced to flee. Total, the French energy giant behind the LNG project, withdrew its personnel from the site.Known as Al Shabab, the Cabo Delgado extremists have launched more than 800 raids on towns and villages in an apparent bid to establish an Islamic caliphate.More than 2,700 people have been killed and an estimated 750,000 uprooted.

In the quest for conclusive proof of a structural relationship between Mozambique insurgents and ISIS headquarters, Dr Winter said research highlighted a “triangle of influence” between Somalia, Mozambique and the Democratic Republic of Congo. “Various incidents point towards a flow of individuals, weapons and expertise and ideology between those three places,” he said.He believes it is debatable whether the insurgents are pursuing ISIS’s global extremist agenda or a local political one that “has been exaggerated”, although there is certainly evidence of some level of co-ordination with ISIS central.

One clear outcome from Palma is that much more attention is being paid to Africa from governments worldwide, galvanised by ISIS’s advanced propaganda capabilities despite its military defeat two years ago. “ISIS relies on its network of affiliates to bolster that perception of momentum and victory that’s so important to its brand,” Dr Winter said.

What has happened in Mozambique is merely another indication on how sophisticated and brazen the insurgents have become.While other analysts admit there is a link between Mozambique and ISIS central, some argue that a local insurgency is operating “under an ISIS flag of convenience” to justify their brutal ends.“It provides excellent propaganda opportunity for ISIS central but the majority of what’s happening in northern Mozambique is driven by local grievances,” said Dr Alex Vines, of the Chatham House London think tank.

He said the insurgency was unlikely to spread throughout Mozambique as the distance between Palma and the capital Maputo is the “same as Paris is to Moscow”.There was also the suggestion that the Palma operation was a “reward for its followers” with mass looting for food, ammunition and cash from the banks.A car involved in an ambush on a convoy of vehicles carrying civilians, who were sheltering in a hotel in Palma, lies wrecked on the side of the road, in Mozambique. Reuters

Dr Vines said there was clear evidence that Mozambique fighters were given military training from extremists in eastern Congo, particularly in the use of mortars that were effective in the Palma attack. Going from using machetes in 2017 to accurate bombardments within four years was a demonstration of ISIS’s progress in Mozambique, he said.ISIS relies on its network of affiliates to bolster that perception of momentum and victory that’s so important to its brand

It was also likely that the Mozambique insurgents were boosted by fighters from neighbouring Tanzania and potentially Somalia, Dr Vines said, increasing their estimated numbers to the low thousands.While the Mozambique government relied largely on foreign military contractors, it now appears to be turning to Western countries for urgently needed counter-insurgency instruction with Britain, America and Portugal providing military training.

Dr Vines believes there is a race to fully train Mozambique security forces before ISIS can claim further victories by drawing in more recruits and supporters. “As this conflict worsens, it draws in foreign fighters and the dynamics get more complex,” he said.

The co-operation between SADC states “will be critical to ensuring peace in Mozambique”, said Jasmine Opperman, a former South Africa intelligence analyst. She raised concerns over the increased skills of the extremists. “What has happened in Mozambique is merely another indication on how sophisticated and brazen the insurgents have become,” she said. “This must not be disregarded and underplayed, as it’s not only a risk to Mozambique but also to the region.”

The turning point in the conflict was the insurgency’s alliance with the ISIS leadership in 2017, two years before the extremists were defeated in Iraq and Syria, said Dr Benjamin Petrini, an economic analyst of conflict at the international Institute for Strategic Studies.This alliance “mushroomed across the Africa continent” and, once established, the terrorists were extremely difficult to eliminate. “How many examples do we have of a successful, complete eradication of these extremist movements? Not many.

They have demonstrated that once they’re able to establish roots in a territory they create extensive links with local communities. So I do see Mozambique as another hotspot of extremism for the long term.”Like many other analysts, he warned that fighting would continue until poverty issues were resolved.“This has all the elements for a protracted conflict within a state that has very little penetration and very loose state institutions,” he said.