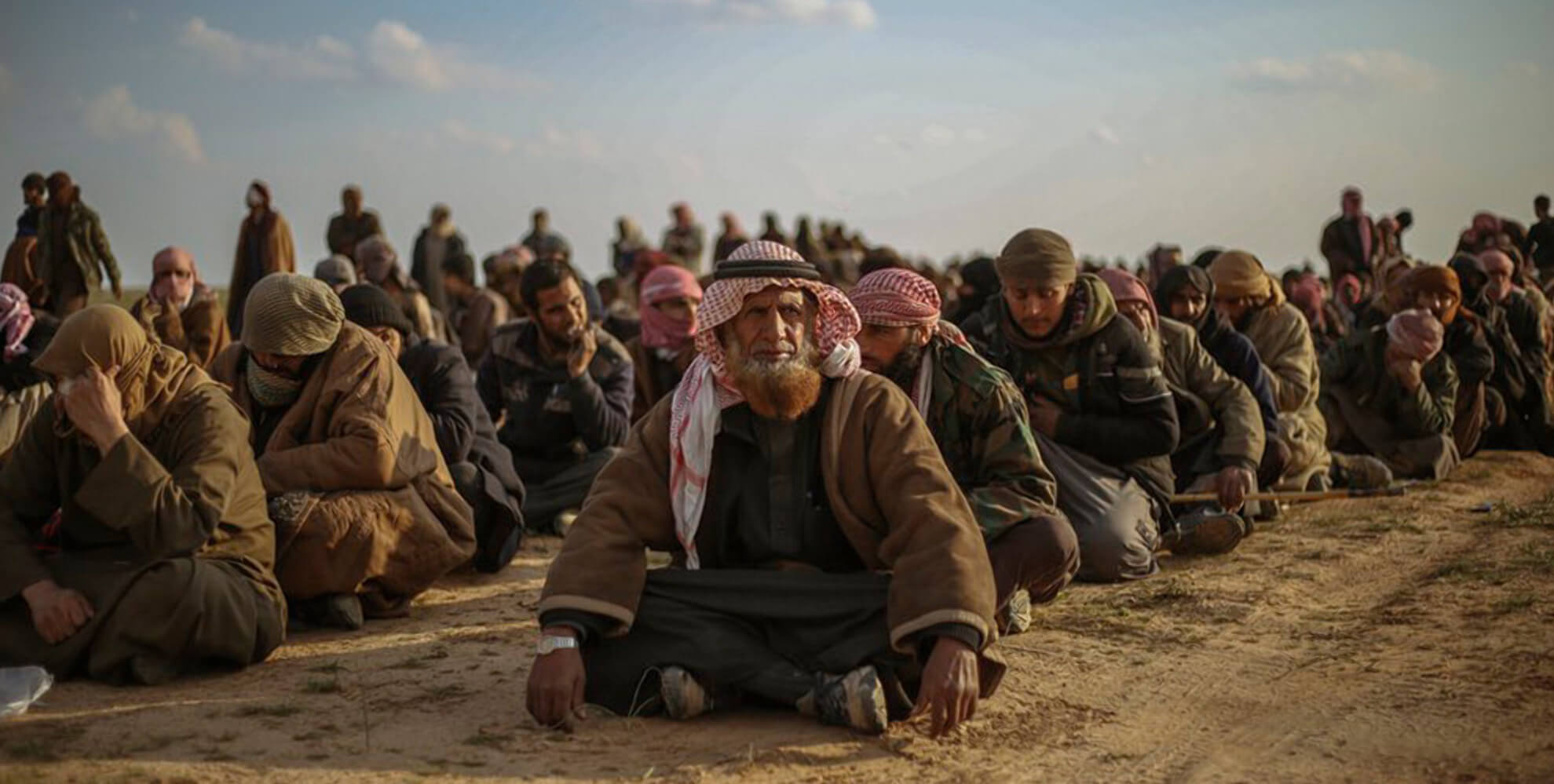 Thenationalnews – For the shivering woman in a black niqab, being released from Al Hol ought to have been a blessing.The internment camp in Syria’s north-east is still packed with ISIS families and sympathisers, left behind after the collapse of the group’s “caliphate” two years ago.With the bodies of victims of executions and beheadings showing up regularly in the camp’s muddy tracks, many of those incarcerated are desperate to get out, but what greets them on the other side of the fence is little better.

Hind Omar and her children were released from the camp three months ago after a tribal elder vouched for the family, allaying concern over any lingering sympathy for ISIS.The tribal sponsorship system was originally envisaged as a scheme in which those caught up in the war against ISIS could be returned to their home communities with guarantees from figures who knew them personally.

But many of those released are ostracised by Syrian communities still healing from the trauma wrought by ISIS, due to their perceived links to the extremist group.Ms Omar now lives in a half-built home with her cousin, in the village of Al Mansoura, in Raqqa province.Their 12 children play in a mound of damp cement sand outside the front door. Inside, the wind rips through gaps in the brickwork. It is not Al Hol but it does not seem to be much better.

A nervous Ms Omar painted a bleak picture of her new life.“I don’t leave the house except to buy groceries or visit neighbours,” she said. “Some people here are very scared [of us], but we are living here without our men.”As ISIS retreated, Ms Omar and her husband went with it. Originally from Idlib, they moved to the Aleppo countryside, then to Deir Ezzor, Hajjin, and finally to Baghouz, the town on the border with Iraq where the extremist group made its last stand.

She is evasive about how she and her husband came to be in ISIS territory but denies they were ever members of the group.Ms Omar said she had not seen him since they were loaded into separate trucks in Baghouz.“I know nothing about my husband’s whereabouts,” she said. “He’s been away for a little over two years, and I don’t know where he is.”He wasn’t a fighter or a member of ISIS. He worked as a car mechanic.”

The sheikh who vouched for her family and had her released from Al Hol was a stranger and came from an area she had never visited before, Ms Omar said.“We were released from the camp following an agreement made by tribal leaders who I don’t know, but Sheikh Anwar Ayoub from Al Mansoura got in touch with us to tell us that he had sponsored us.”Other tribal leaders The National spoke to in Syria said the agreements have become corrupted, with some sheikhs taking payments to vouch for families they did not know.

This has undermined the security guarantees, which are meant to assuage fears that those released might be sympathetic to what remains of ISIS.The tribal leaders who sponsored the release of people such as Ms Omar and her family insist that those who are taken to their communities are welcomed and reintegrated. They say they are doing their bit to fight extremism.Last year, Sheikh Abdul Latif Al Faraj sponsored 10 families to leave Al Hol.While Sheikh Abdul Latif wants to see the scheme succeed, he said he would not continue to sponsor families. The pressures were just too great.

“Our people have the right to hate them [but] I think they can be reintegrated,” he says.“The camp will not be there forever. It’s better to start reintegrating them now than to let them become more extreme in the camp.”The camp’s civil head, Jaber Mustafa, says that more than 3,000 Syrians have been released through the scheme. On paper, that might be considered a success.In many cases, however, it has become something quite different – a money-spinner for the tribes.

“The Syrian Democratic Forces to start with did not have a clear mechanism of how they’re going to use tribal sponsorship to release these families from Al Hol,” says Haian Dukhan, a research fellow at the Central European University and expert on Syria’s tribes.

“That has created problems.”Communities traumatised by ISIS are reluctant to take back those with perceived links to the extremist group, while the Kurds say they are losing the patience and resources to keep them locked up in places such as Al Hol.What happens after their release is a question nobody seems interested in tackling.

The head of a local NGO in Raqqa told The National: “There is absolutely no plan to deal with these people.”The authorities see releasing people from Al Hol as a solution. Actually, it is just the start of another problem. Reintegrating them is at the bottom of everyone’s list.”Families such as Ms Omar’s are being ostracised as a result of the rush to get people out of Al Hol without considering how they might rejoin Syrian communities.

As the bitter wind swirls inside her family’s one-room living space, it is hard to see any sign of her reintegration.These releases, Mr Dukhan said, could have serious ramifications for the wider community.“You’re talking about a tribal community here that believes in the concept of taking revenge,” he said.“Releasing the wrong people could lead to a cycle of revenge and counter-revenge.”

The significant attention given to foreign nationals, who make up only a small proportion of the camp’s residents, has obscured the dangers associated with reintegrating Syrians, Mr Dukhan said.“There is a big problem that needs to be solved there when it comes to the local communities in terms of transitional justice and in terms of tribal violence that could erupt.”

Originally built as a refugee camp in the early 1990s for people fleeing the Gulf War, Al Hol has descended into anarchy since it was filled with more than 70,000 people flooding out of Baghouz.The camp festers with extremist activity and the guards have good reason to fear the inmates.Those still sympathetic to ISIS openly flaunt their allegiance to the group and aggressively implement its radical interpretation of Sharia within the camp.

Barely 400 soldiers from the Kurdish People’s Protection Units (YPG) guard the centre, now home to more than 60,000 people.The Kurdish authorities say ISIS has smuggled weapons including silenced pistols into the camp, and the guards stick to the perimeter fence, entering only in overwhelming numbers to deal with major incidents.They no longer take the risk of accompanying journalists into the camp.

“It was bad at the beginning, then they started to use guns,” said the camp’s manager, a quiet Kurdish woman.The murder of a 15-year-old boy last month was the most recent of more than 40 killings in the camp this year.The Kurdish-led forces responsible for Al Hol’s security sent more than 5,000 soldiers to crack down on ISIS sleeper cells operating out of the camp last month.

The camp authorities have also been trying to move high-profile inmates to other camps, with increasing urgency.About 400 foreign women have been moved to the more secure Roj camp, but tens of thousands of Syrians remain.The US is leading calls for countries to take back their nationals, with some success, but there is little sign of an enduring solution for the Syrians in Al Hol.

What happens in the camp may determine whether ISIS is able to stage a comeback, Mr Dukhan said.”We need to think of attempting to break the bond that ISIS created itself and the local communities in Syria and Iraq,” he said.That process begins with the integration of people such as Ms Omar into Syria’s traumatised population.