The Repercussions of the Terror Attack in Burkina Faso.. A Complex Reality and International Complacency. Dr Mohammed Salah Djemal 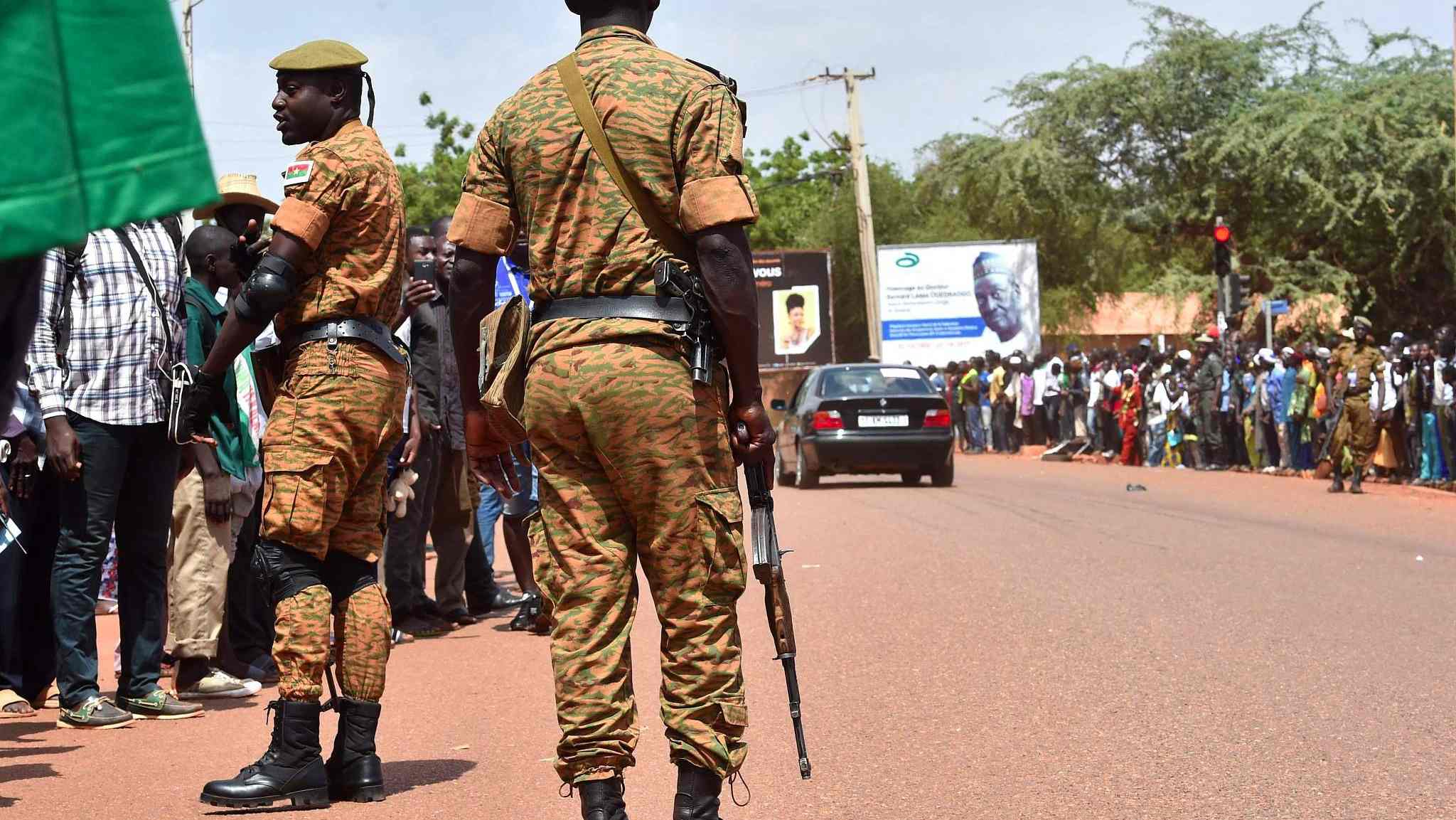 Burkina Faso is facing a growing security crisis, like many of its neighbours, as armed groups carry out raids and kidnappings in most parts of the region. After France began a military intervention in 2013 to counter the violence of terrorist groups in Mali, several members of remaining armed groups, including al-Qaeda affiliates, moved south near the border with Burkina Faso, then structured these terrorist groups and carried out the first terrorist attack in Burkina Faso in 2015, beginning the scene of violence and extremism, most recently the terrorist attack on the village of Sulhan in northern Burkina Faso with the Malian border.

Extremism and Terrorism in Burkina Faso.. Reading the Scene

Northern Burkina Faso, neglected by the international community and remaining on the sidelines, has faced an increase in terrorist attacks in recent years. Burkina Faso is one of west Africa’s poorest landlocked countries. It is burdened by a steady loss of manpower and foreign investment, low standard of living and high levels of inequality and social justice.

In 2016, Al-Qaeda in the Islamic Maghreb (AQIM) and Ansar al-Islam tried to make northern Burkina Faso a strategic stronghold of the Sahara region. Violent extremist groups have begun to intervene increasingly in the Sahel region of northeastern Burkina Faso, establishing a state and a shelter to blackmail counter-terrorism forces in Mali and Niger. The terrorist attacks in Ouagadougou, in January 2016, show a continuing threat from Islamist militants from these sanctuary areas.

Extremists in northern Burkina Faso have long enjoyed a degree of sanctuary within the region, not only from favorable terrain but also from coercion towards the local population. Effective insecurity in Burkina Faso has led to the emergence of self-defence militias, the so-called “volunteers for the defence of the homeland”, which show varying degrees of loyalty to the central government or respect for the rule of law.

The risk of kidnapping and attack is particularly high in northern, central and eastern Burkina Faso, where mining companies are increasingly being targeted, particularly along roads leading to the sites. Attacks on Christian churches and religious leaders highlight the possibility that terrorists may fuel division through the exploitation of sectarianism. Terrorist attacks have spread rapidly across the country since 2018, and violent crime is on the rise across the country and in the capital, Ouagadougou, driven by political instability and economic hardship. Terrorist attacks in Ouagadougou in 2016, 2017 and 2018 indicate a continuing risk of attacks by Islamist militants in the capital.

Terrorist Attack on Sulhan Village.. How Did that Happen ?

Burkina Faso was shaken on Friday night to Saturday (June 5th-06th) by a terrorist attack, the least described to be the heaviest in terms of casualties and resonance since the beginning of the terrorist attacks in Burkina Faso in 2015. The attack killed 160 people, including women and children, media reported. The attack took place in an area that is “dangerous” due to growing security threats from armed terrorist groups, which have links with terrorist networks in the Sahel region.

– France’s recent decision to suspend its joint military operations with the Malian forces in the so-called “Barkhan Operation”, on the military coup in Mali, which is the second coup in nine months.

– The meeting between the defense ministers of Burkina Faso, Sherif Sée, and Ivory Coast  “Tini Berahima Ouattara” in the Capital of Burkina Faso Ouagadougou about a month ago, on May 10, 2021, the two ministers talked about military cooperation, and security and intelligence coordination in fighting against terrorism.

– Analysts note that the frequency of violence and terrorism in the Sulhan region often increases as the rainy season approaches, so that the region becomes difficult and unsuitable for movement and activity, which led terrorist groups to carry out their attack as a proactive step.

What About the Gaps that Led to an Attack with this Outcome ?

The toll of the terrorist attack was undoubtedly heavy. But what potential weaknesses have terrorist groups used to carry out an attack of this magnitude? A technical problem is the “lack of logistical and defensive military units” in Sulhan area, although the latter is classified as “danger” and known for the proliferation of terrorist groups, as the nearest military unit of Sulhan takes four to five hours to reach in a particular emergency.

Burkina Faso has security and military forces that are weaker than most West African countries. Its army is ill-equipped to deal with the guerrilla tactics of armed terrorist groups. Police forces outside the capital and major cities also have simple equipment and poor counter-extremism training. In addition, security forces are mainly stationed in key centres and are widely absent from rural and remote areas. This reflects the lack of an effective counter-terrorism  strategy. The Burkina Faso security and military authorities should therefore have paid attention to some of the internationally known “base rules” in the fight against terrorism, which would have avoided disaster.

How Should Burkina Faso Act to Combat Extremism and Terrorism ?

First, Burkina Faso authorities should develop an emergency and urgent strategy aimed at examining the realities of extremism and terrorism, and at least formulating solutions to manage the counter-terrorism file in the near and medium term, while attracting the international community to provide support.

Secondly, Burkina Faso authorities should prepare a local development plan targeting the north, relating to the redistribution of wealth and funds, and the construction of infrastructure in remote areas of the region.

Third:  Burkina Faso authorities should accompany educational institutions by spreading the culture of openness, tolerance and rejection of extremism and fundamentalism, through genuine internal dialogue with various religious leaders in the country.

Fourth, Burkina Faso authorities should redouble coordination with the African Union and the countries supporting the anti-terrorism file in order to find a ground that will enable Burkina Faso to reduce the frequency of terrorism on its territory.

*Copyright are reserved to  European Centre for Counterterrorism and Intelligence Studies Dr. Mohammed Salah Djemal is a non-resident Researcher at European Center for Counterterrorism and Intelligence Studies ECCI-Germany and the Netherlands. He is also a non-resident researcher at Centre for Research and Information on Disarmament and Security CRIDS- Brussels, Belgium . Advisory Boaird Membre at the African Centre for Study and Research on Terrorism ACSRT-CAERT of the African Union, based in Algiers, Algeria, where he is accompanied- by academic experts, practitioners and diplomats- is responsible for evaluating researches and studies to be published in the “African Journal on Terrorism”, and advising African decision makers Etremeism and Terrorism issues. Founder of MSD Research & Consulting, which provides research and consultancy on Africa and  Middle East issues.