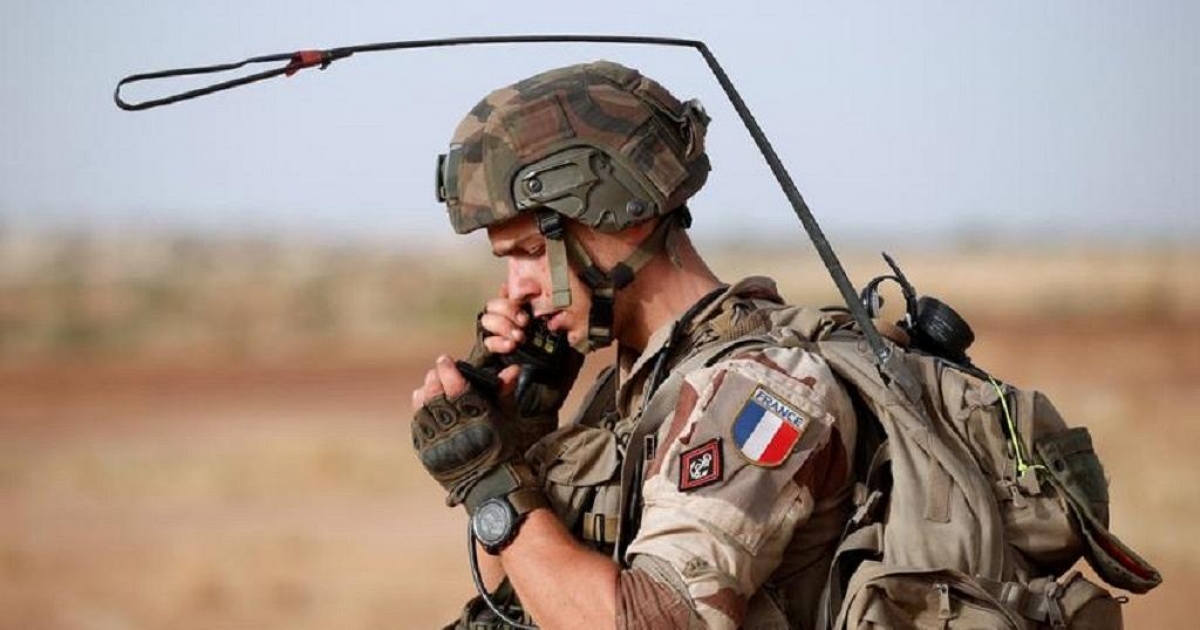 How France’s operation in the Sahel unraveled

Thenationalnews – On June 10, as French President Emmanuel Macron was heading to Cornwall for the G7 Summit, he announced an end to the Operation Barkhane, France’s military intervention against insurgent groups in the Sahel, stating to the press that “we cannot secure regions that are falling back into anomie because some states refuse to take their responsibilities”.

Although Mr Macron immediately clarified that the end of Barkhane did not mean an end to French military presence in the area, the announcement adds a new factor of uncertainty to the security developments in West Africa. The decision is driven in part by domestic politics: Mr Macron is steadily launching his re-election campaign, with the first round scheduled to take place in 2022. With a significant fall of Covid-19 cases in France in recent weeks, Mr Macron is eager to focus his attention on the economic and social issues which will define the next election. The Sahel is not one of them.

Operation Barkhane was imposed on Mr Macron by his predecessor, Francois Hollande, who first launched a military intervention to rescue Mali from militant forces in January 2013. A year later, Mr Hollande broadened the scope of the operation to the whole Sahel region.

From the outset, the operation was meant to support the efforts of the local armed forces in defeating terrorists and insurgents. In 2014, the creation of the G-5 Sahel and its Joint Force (composed of Mauritania, Niger, Mali, Burkina Faso and Chad) followed the same logic of increasing co-ordination among African militaries to secure the region on their own.

By the time Mr Macron took office in 2017, however, France found itself in an intractable situation. Instead of leaving the leading role to their local counterparts, the surge of terrorist attacks in the Sahel forced French troops to engage directly on the battlefield. This enduring French military presence stirred frustration on both sides. In Paris, officers and diplomats lamented the disarray of African military apparatuses and their inability to act decisively to protect the populations. Meanwhile, in the capital cities of the Sahel, politicians saw the French intervention as a relic of their colonial past. In some cases, it also conveniently allowed them to escape their own responsibilities vis-a-vis the radicalisation of local communities and the rise of terrorist organisations.

These frustrations already took centre stage during a summit convened hastily by France in the southern city of Pau in January 2020. The summit was supposed to revive co-operation between Paris and the five Sahel countries but for many, it emphasised both the French growing desire to put an end to its military commitment and the African frustration for what was perceived as a patronising attitude from France. Eventually, after the summit, Mr Macron approved a 600-troop increase, reaching a total number of 5,100.

The surge was meant as a catalyst to recreate a momentum with local forces against insurgents. But Paris did not anticipate how in the following months local politics would defy its objectives. In April, the president of Chad, Idriss Deby, died on the battlefield while commanding forces against rebels. Despite his autocratic style, Deby had been a key partner of France for three decades and under his reign Chad was considered a crucial anchor of stability in the Sahel. This is what led Mr Macron not only to attend the funeral of Deby in N’Djamena (he was the only western head of state in attendance), but also to recognise the son of the late Chadian leader, Mahamat Idriss Deby, as the natural new partner of Paris in the fight against terrorism in the Sahel. In other words, France was openly prioritising its military co-operation over political reforms inside Chad.

But this French realpolitik reached its limits in Mali. Back in August 2020, military officers in Bamako ousted the president, Ibrahim Boubacar Keita, from power and took control of the government. The Malian crisis put France in a delicate situation. On the one hand, the French Joint Staff maintained military co-operation with Malian troops while French diplomats carefully called for an end to the military takeover. After intense negotiations led by the Economic Community of West African States, the junta was forced to organise a transition back to civilian rule. But again, things fell apart in May, when the junta suspended the political transition and forced the resignation of the interim president and his acting prime minister in order to protect its control over the security apparatus. This time, Paris acted swiftly by suspending French support to the armed forces of Mali. Ultimately, it also paved the way for Mr Macron’s decision to terminate operation Barkhane.

French forces will remain a significant actor in the area, and sources in Paris suggest that the new deployment could still include around 2,500 soldiers. But beyond that, it is unclear how France and other western partners will engage with Sahel countries on regional security. So far, the administration of US President Joe Biden has made no suggestion that it contemplates a stronger role in that region. Furthermore, relations with local partners will be challenging, as domestic politics in countries like Chad and Mali are likely to remain fragile.

Meanwhile, terrorist entities have steadily gained ground in the so-called zone of the three borders, a largely ungoverned area overlapping Mali, Burkina Faso and Niger that has become the epicentre of the fight. At the beginning of this month, Burkina Faso faced its deadliest terrorist attack in history there, with combatants killing more than 160 people in the city of Solhan. A country relatively immune to terrorism for a long time, Burkina Faso has witnessed repeated attacks in past years.

Across West Africa, offensives from extremist groups have increased in frequency and scope. The northern region of Ivory Coast, bordering Burkina Faso, has been the centre of four attacks in less than two months. This trend coincides with a power struggle among terrorist organisations themselves. At the beginning of June, the death of Boko Haram leader Abubakar Shekau also signalled how his organisation is losing ground to ISIS.

Taken together, all of these developments paint a dark portrait of the Sahel. The combination of strategic fatigue from western powers and fragile local states, and terrorist groups being on the offensive does not bode well for the stability of the region. The endless extension of French military intervention was surely never a solution to the Sahel conundrum, but now one can only hope that the end of Barkhane forces all of the region’s stakeholders to rethink their security commitments.