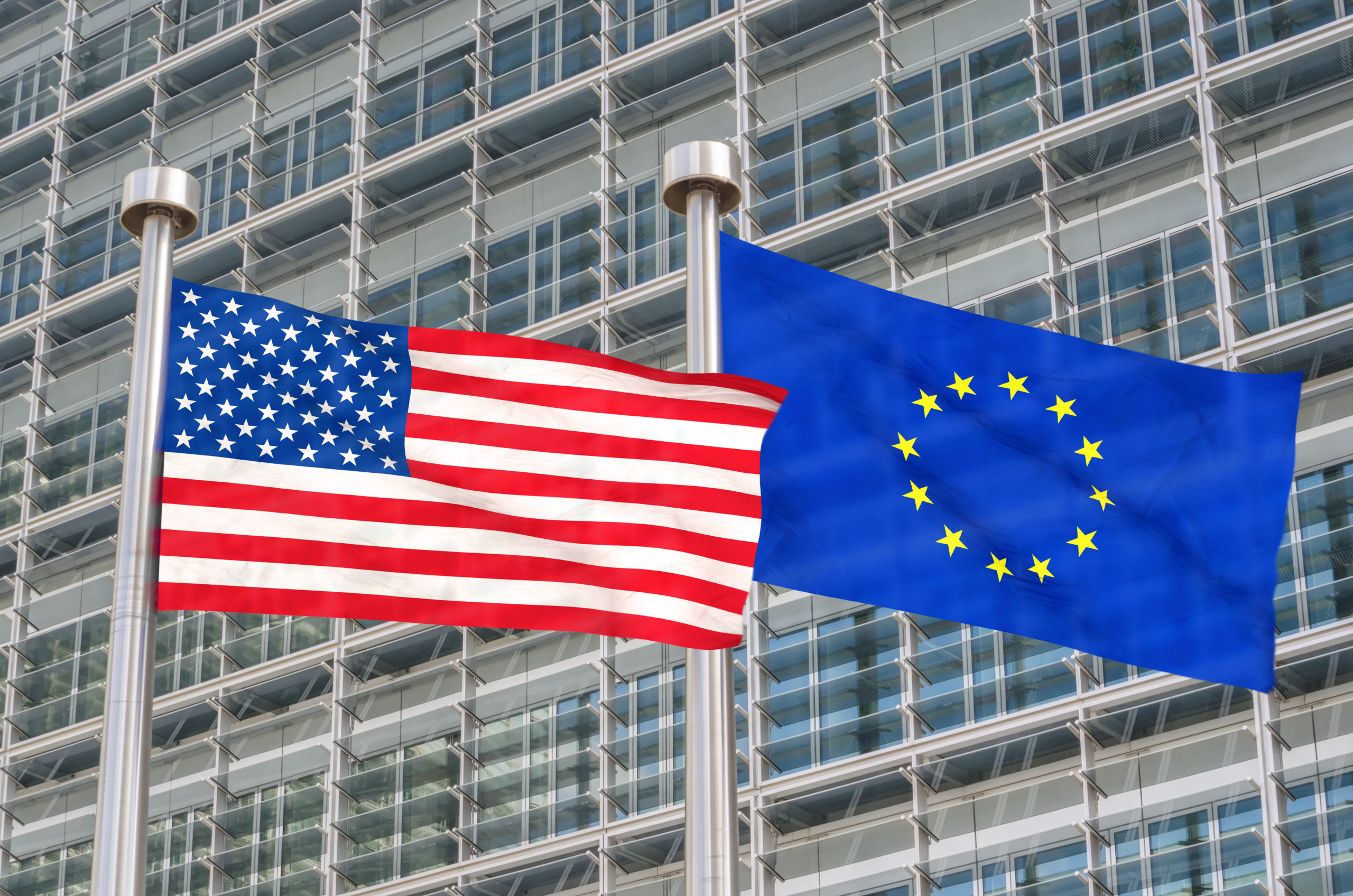 Two senior European Union officials assess what improvements are needed to meet the evolving challenges of transatlantic counterterrorism. On July 15, The Washington Institute held a virtual Policy Forum with Gilles de Kerchove and Olivier Onidi. Kerchove is a senior Belgian official who has served as the EU counterterrorism coordinator since 2007. Onidi is deputy director-general for migration and home affairs at the European Commission, with responsibility for security issues. The following is a rapporteur’s summary of their remarks.

Although today’s threats are often larger and more complicated than those of two decades ago, our ability to counter them has expanded exponentially. Europe and its closest partner, the United States, now have far fewer vulnerabilities due to their joint effort to share information, build state capacity, and devise creative solutions.

Their commitment to fostering an excellent information sharing environment has been particularly fruitful. For example, after the FBI gave Europol the names of over 4,500 individuals detained in northeast Syria, the list was entered into the Schengen Information System, allowing European states to identify these individuals should they attempt to cross borders. U.S. and NATO information sharing in Afghanistan has proven instrumental as well.

Still, the relationship is not without its obstacles. When addressing hate speech, differences in legislation make it difficult to reconcile freedom of expression and constitutional challenges. In particular, First Amendment protections can inhibit how the United States responds to transatlantic threats, while European states can outlaw hate speech and put substantial pressure on social media companies to remove such content from their platforms. Similarly, new European legislation mandates that social media companies remove any terrorist content that has been flagged on their platforms within one hour.

Controversy also surrounds how countries have dealt with terrorism suspects, first at Guantanamo Bay and now at al-Hawl and other Syrian camps. Europe’s counterterrorism leaders have long encouraged Washington to close Guantanamo and return to a normal judicial approach in the fight against terrorism. Likewise, the United States has encouraged European states to repatriate citizens who traveled to the Islamic State’s so-called “caliphate” and are now kept in deplorable conditions in northeast Syrian camps. Given that most EU states are unwilling to repatriate adult suspects, they have instead focused on improving camp conditions, reducing risk, and providing assistance to the Kurdish security forces that operate these camps.

Another challenge is the U.S. withdrawal from Afghanistan, which will have a major impact on the worldwide effort to stop the spread of extremism and violence in the region. The Taliban has given no sign that it will honor its pledge to halt support for al-Qaeda, leaving the door open for that terrorist organization to resurge. As the United States shifts its attention to other regions of concern, European states will be forced to adjust their burden sharing and rely more heavily on intelligence—a difficult task given that military protection on the ground is crucial for intelligence gathering.

Looking ahead to the next two decades, several priorities come into focus. First, transatlantic partners must meet the growing threat posed by right-wing violent extremism or racially and ethnically motivated violent extremism (REMVE). This includes examining the tools used to combat Islamist extremism and determining which ones can be adapted for use in fighting right-wing extremism. Partner states also need to develop a working definition of this threat, both to establish consensus and to prevent politicization of the term. The United States has fallen behind Europe in designating such groups as terrorist organizations—just today, for example, the United Kingdom designated the American group “The Base,” while Washington has designated just one white supremacist group, the Russian Imperial Movement. Listing these groups is particularly helpful for countering extremist financing. In Europe, far-right and neo-Nazi groups often raise funds by organizing concerts, selling apparel, and hosting martial arts events. International coordination by such actors is fairly limited, yet some states and state leaders have spread disinformation and perpetuated conspiracy theories that encourage right-wing violence across the globe.

Second, the Internet clearly plays a substantial role in spreading hate speech and disinformation. European states welcomed President Biden’s decision to join the Christchurch Call, and while they acknowledge that the First Amendment limits how the United States may address hate speech, they believe more needs to be done. All partners should pressure social media companies to discourage and remove hate speech and terrorist content. Such companies are hardly beacons of free speech—they rely on powerful algorithms that boost certain messages while burying others. Accordingly, they need to adjust their algorithms so they no longer amplify illegal, extremist, and terrorist content.

Third, we must continue to combat the global spread of Islamist extremism. Since the Islamic State “caliphate” was defeated, the jihad has been “Africanized,” with ISIS-aligned groups and other actors wreaking havoc across multiple African states. This has forced European governments to reconsider how they invest counterterrorism funds and operate in Africa. It has also highlighted the critical importance of good governance in preventing and countering violent extremism. The significance of fighting corruption, protecting human rights, and providing basic services on the ground cannot be overstated.

Elsewhere, EU members have furthered transatlantic cooperation by cracking down on terrorist financing by Lebanese Hezbollah and designating its “military wing” as a terrorist group. In Operation Cedar, for example, French authorities took down a Hezbollah money smuggling network with support from Europol and the FBI. As the United States makes inroads in its negotiations with Iran, we hope that subsequent talks will be appropriately tough on Tehran’s destabilizing activities in the region, including the use of militias.

There is no doubt that the events of September 11 were the driving force behind the transatlantic counterterrorism partnership over the past two decades. Throughout this period, it became increasingly clear that our security is collective in nature, and this intimacy of mission has reinforced our resolve in fighting violent extremism. Common values formed the bedrock of this relationship, while differences in privacy laws, freedom of speech protections, and other legal frameworks have spurred U.S. and European officials to think critically and creatively about new ways to address problems.

This collaborative relationship has facilitated several major shared successes. The Global Coalition to Defeat ISIS oversaw the removal of Abu Bakr al-Baghdadi and the destruction of the “caliphate”; today, transatlantic partners continue to operate against emerging threats in Afghanistan and the Sahel. Crucially, such cooperation has facilitated a system of integration in which states routinely invite each other to provide insight on new counterterrorism projects, tools, and strategies.

The collection and sharing of intelligence will prove all the more critical as troops withdraw from Afghanistan and terrorist groups seek safe haven in Taliban-controlled territory. Although Western powers will no longer enjoy on-the-ground insight there, partners can continue sharing names and aliases of identified threats. European states can then feed this information into their systems to help protect their borders.

As for white supremacism, this threat is not new, but the form it takes often is. The tools and methods developed for the fight against Islamist extremism may not always translate to this different form of extremism in which ideologies overlap, international travel is minimal, and lone-wolf actors dominate. Transatlantic partners must therefore mobilize experts to define the threat, identify groups that pose a danger, and adapt their tools accordingly. The United States and EU members each have their own violent right-wing groups to counter domestically, but the Internet allows these actors to transcend borders and raise funds around the world. Many such groups continue to operate on mainstream social media platforms, where they disseminate propaganda and other galvanizing materials. In response, transatlantic partners have been proactive in sharing biometric information, deploying liaison officers, setting up joint task forces, and employing other interagency methods.